5 alternative ways to travel to work without stress

This post is written by a member of the Debut Student Publisher Network. Fed up with cramming into a packed tube train every day? There may be another way to commute, says Zaki.

More than half of Britain’s commuters travel by car, while approximately a fifth use public transport. Few find traffic jams and crowded trains relaxing, and air pollution caused by automobiles is a growing problem. It might well be worth checking whether there are alternatives.

Cycling is probably the healthiest and cheapest mode of transport used by millions of commuters across the United Kingdom each day. It’s often the quickest too – a cycle route will almost certainly be more direct than that of a car, bus or train. You know pretty much exactly how long to allow, so you don’t risk being late or leaving earlier than you need to and getting to work super early. Bikes do occasionally need repairing, but are much cheaper to maintain than cars or motorcycles.

Invest in a good lock though, ideally a metal chain from a leading brand like Abus. Cycling suddenly ceases to be a money-saving option if you have to buy a new bike regularly. Or you could insure your bike against theft. Insurance can start from a couple of quid per week, and £100 or so a year is far less than what you save by avoiding cars or public transport.

Walking will rarely show up as the quickest option on Citymapper, but it can be one of the best at certain times of the year. Like with cycling, you more or less know exactly how long it’s going to take, and it’s good exercise. You can also make a couple of phone calls or send messages.

Anything under 45 minutes is worth considering when you take into account the money you save and the dependability. You won’t be relying on anybody but yourself, which means no more being late for work because of traffic or engineering works.

You don’t have to live in Venice to travel to work by ferry. You’ll be in a minority, but if you live in a city like London, you might find a ferry route that serves your journey to work. If so, you can use Oyster or contactless payment on board what is surely one of the most of the pleasant ways to roll into work. Routes include Westminster to North Greenwich and Putney to Blackfriars, with stops like Millbank, Embankment, London Bridge, Tower Bridge and Canary Wharf serving some of the city’s work hubs.

Some cross the River Mersey by ferry to get to work in Liverpool, with a commuter service running from Wallasey and Birkenhead during morning and evening peak hours. A few Isle of Wight residents take the ferry into work in Portsmouth and Southampton, while a small number of Devon’s commuters go from Brixham to Torquay by sea.

Buses aren’t an alternative to public transport as such, and in many cases they may be exactly what you want to avoid. But since London’s new one hour “hopper” fare was introduced last September, passengers have been able to make two bus journeys for the price of one within the hour, which means that your Oyster or contactless card won’t be charged twice provided your second journey begins within an hour of your first. Unlike the underground, London bus fares are the same at whatever time of day, they don’t rocket during peak times, and it is not just price that can make them a more attractive option. You’re more likely to get a seat than you are on the tube, and, because you’ll have phone signal throughout your journey, can get things done.

I factor bus journeys in as parts of my day I can rely on to write a couple of emails, using “personal hotspot” from my iPhone to get online through my mobile’s 3G. But even if you can’t connect, you can get a lot done offline, drafting emails and messages in Word to send when you get into the office. Additionally, you can make calls you wouldn’t be able to in the office, typically life admin. Just make sure to allow extra time so you don’t risk getting late. Seated or not, buses can be anything but relaxing when you’re racing against the clock. 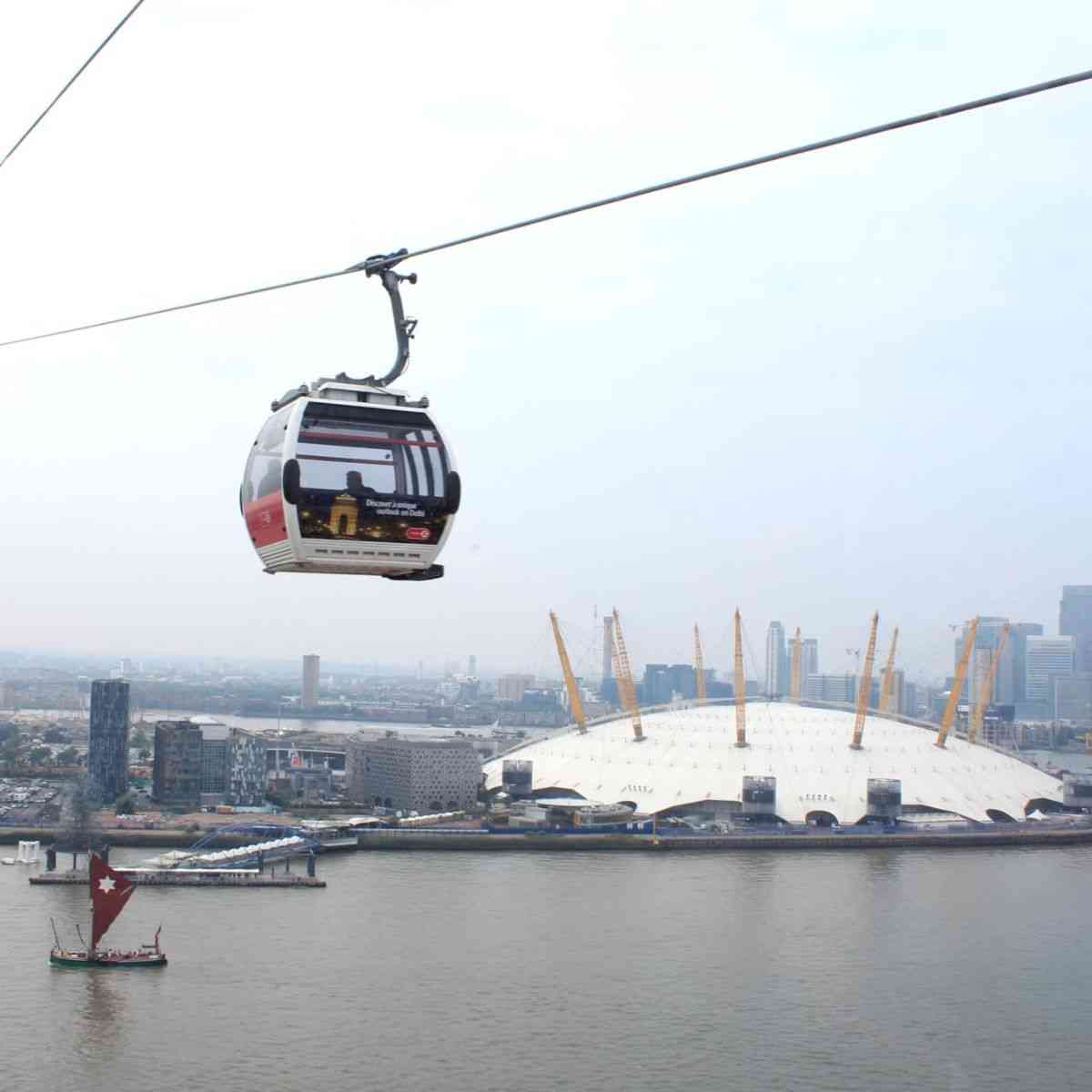 I’m not being serious here, at least not in London. The Emirates Air Line is surely one of the capital’s most famous white elephants. 2013 figures showed that just four people were regularly commuting on it, and statistics obtained from Transport for London via Freedom of Information request a year later showed the number had fallen to none. Zero. Though it’s a relatively popular tourist attraction which enjoys some good views across the Thames, the £60m project marketed as a “much-needed” transport link has proved useless in addressing capacity on the city’s transport networks.

It’s nice to think outside the box in terms of how to reach your workplace, and our award for the most creative commuter goes to Anglesey paraglider Paul Cox. But a cable car miles from the centre of a mostly flat city was never going to be particularly useful for journeys to work. Commuter cable cars have been built in a number of capitals though, including Mexico City and La Paz (Bolivia). Maybe they can be a solution for commuters in some hillier cities, but not unless their location is more logical than Emirates Air Line’s.
Cable car image © Flickr: Douglas Pfeiffer Cardoso

New city, new opportunity. It's time to broaden your social circle and start meeting new people and making friends as a graduate in London.

7 celebrities with degrees we didn’t know about

Could you imagine Phoebe from Friends as a scientist? Or Mr. Bean as an engineer? Well they very nearly were having completed their degrees in their chosen fields!