What’s the most important thing to have in your office? Or your biggest deal breaker if you’re starting a new job? It might feel like a waste of time when you’re sat daydreaming over a hot chocolate and the world’s dullest spreadsheet, but with most full time employees spending upwards of 40 hours a week at work, making sure you’re comfortable with the environment is crucial to both feeling happy and being productive.

So, what did you think of? You certainly wouldn’t be alone if you dreamt up something wacky, with the last few years seeing an explosion of quirky offices. Fancy somewhere with a slide or grass on the floor? No problem. Maybe you’re dreaming big and want a treehouse? No sweat. Or perhaps you just enjoy the simple things and want some unlimited free beer? Shouldn’t be an issue. But, as cool as all that sounds, it probably isn’t the magical fix it looks like.

Anyone for a cuppa? 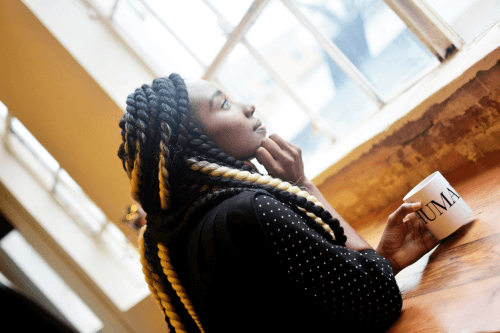 It might sound obvious, if a little boring, but it’s the everyday environment and opportunities at a company which make it worth staying at, and can even, in some cases, make up for a slightly lower salary.

Deloitte’s 2018 Millennial Survey, for example, found that while money was obviously still important, things like flexibility and a positive work environment were increasingly bigger factors. Fifty-two percent of millennials and 57 percent of generation z respondents (those born in the mid 90s to mid 2000s) listed a positive workplace culture as a vital part of their working life, with almost half also citing flexibility and opportunities for continuous learning as dealbreakers.

Similarly, in a survey of more than 100,000 people last year, workplace data company Leesman asked what people wanted from their offices. Slides and treehouses didn’t even get a look in – functional desks, comfortable chairs and tea and coffee facilities made up the top three asks. After all, what’s the use of a ping pong table if you don’t have a comfortable chair to slump in afterwards? 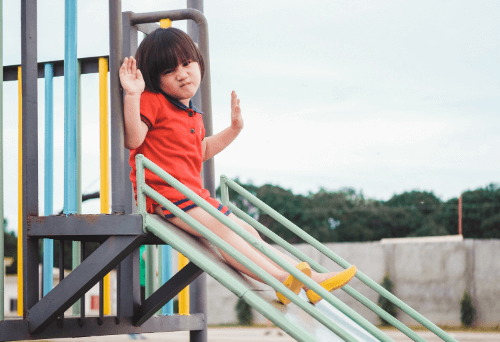 What’s more, in some cases cool sounding perks aren’t just unnecessary, but can actually have a negative impact on staff. For Eve*, a writer from the South West, an office move led to multiple promises of a better workplace. “Once the deal was done they kept saying ‘we’ll have a treehouse and a slide and a gym’”, she tells Debut Careers, explaining how the management were almost “selling” the new environment as a benefit for everyone. However, things didn’t quite turn out that way, with only senior executives allowed to use the quirky fittings.

“We were never told that [originally],” she adds. “We’d just see execs going there for meetings, and no one could give me a straight answer when I asked why we weren’t allowed to use it. It just felt like all of the things they were offering us, like the free gym classes and ping pong were intended for us to stay at work longer.”

Sarah*, who accepted a job as a receptionist at a spa in the US, also explains how selective treats made her feel uneasy about the atmosphere. “[The boss] would always give us free products for doing her these ‘little favours’ like losing weight and wearing makeup,” she says. “It would also make the spa look busy if we were pulled away from the desk in chairs having services done such as our hair, nails or eyelash extensions, but it was all a false facade.”

“These free gifts she would give us, I thought the club paid for, but it was always said to keep it ‘hush hush, here’s a little something’, so you thought you were a favourite. Really these free products she was giving us were returned used items. The more representing the spa you did the more of these items you got. It was never actually spoken upon, but you could tell something weird was going on.”

Benefits, and indeed the way they’re dolled out, have a huge impact on the work atmosphere, whether that’s about fair access to perks, or the atmosphere they create. And it’s not an isolated message, with more companies realising that the type of things they offer can have a big impact on the environment they’re trying to create – or indeed provoke the opposite of their intended effect.

For example, recent research by the Financial Times has found that employees at companies with unlimited holiday often actually end up taking fewer days off, and very recently WeWork, the campus style office space housing many a startup announced plans to cut back on its once bottomless free beer, now capping workers at four pints a day.

Speaking to the Wall Street Journal about the move, Marcus Moufarrige, chief operating officer of Servcorp, a smaller office space provider, suggests it’s less about the cost of beer, but creating the right working environment. “They’ve probably had a realisation that the frat mentality that has made them an exciting place to hang out is incongruous with a modern workplace.” he explains.

An individual approach is vital 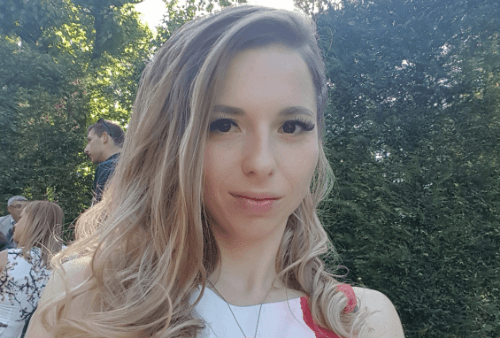 However, that’s not to say workplace benefits are a bad thing, especially if they’re done right. After all, just a few paragraphs ago I was waxing lyrical about the benefits of a positive workspace. “I’ve worked for organisations that don’t have any staff rewards or perks, and also for companies that do,” Evelyn Sky, a career coach at Career Jump tells Debut Careers. “The difference is huge. Staff appreciate it highly, that someone really cares for their wellbeing.” However, she stresses that the way an organisation chooses their staff benefits plays a huge role, and “depends a lot on its culture”.

And, thankfully, the defining factor between good benefits and bad benefits isn’t as complicated as it might seem – it’s surprisingly easy to get right if you actually try. The crucial thing to remember, according to John Lees, author of How to Get A Job You Love, is that all workers are individuals, so naturally they’ll all value different things.

“The point really is that it’s very individual,” he explains, “so employers [often] try and deal with rewards in a blanket way, but it is [quite unique]. So for one person it might be the socialisation aspect, having budget for team nights out and things like that, but for someone else it will probably be flexible working or something like access to learning opportunities, or funding a training course.”

It’s also about realising working conditions aren’t a one time fix. “Managers need to recognise the fact that it changes at different career stages,” he adds. “You can’t negotiate it once and then say ‘alright that’s what motivates you and that’s how we’re going to do.’”

It’s a story which runs true for Tony*, whose company decided to implement a four day week without staff consultations – or looking at how it would affect the business. “Everything went down the toilet because of it,” he tells Debut Careers. “There was a tremendous amount of work to do and it actually meant that we could occasionally work horrendous 12+ hour days. I was working at the weekend, found my evenings no longer my own, and my mental health was in the worst place it ever has been.”

“It was a total nightmare,” he adds. “No concept of capacity to time calculation or even basic budgeting. The situation eventually broke and we went back to a five day week”.

Negotiating the right deal for you

If you’re considering moving to a new job, start thinking about what really matters to you before you start applying to other roles. Think about what things you’re looking for, what you’re willing to compromise on, and what’s the the most important – and use it to be honest with yourself about any opportunities you’re considering applying for.

When a job comes up, take time out to really study not just the description, but also the benefits and expectations of the company. Highlight which parts make you feel excited, the ones you’re ambivalent about, and the parts that could be a potential problem. Look at the company website and social media channels to get a feel for their environment, and try to absorb as much as possible in office interviews. If you see something that you think could be an issue, or would make the job infinitely more exciting, have the conversation before you sign the contract. And if there’s too much you’re not excited about, it probably isn’t the job for you.

“It’s important for people to understand that when they get a new job, they actually have more negotiating power over the role than are going to have for another two years.” adds John. “You can’t, two weeks into the job say I want this and I’d like this – because then you’ve got to prove yourself.” Basically, don’t be scared to ask for what you want. The worst that can happen is they’ll say no – but do be realistic with your requests. “You can’t have everything, you’re probably going to be able to push back on one or two things,” John continues. “If you push back on everything it sounds like you really don’t want the job, but if you push back on one or two things that’s usually fine.” 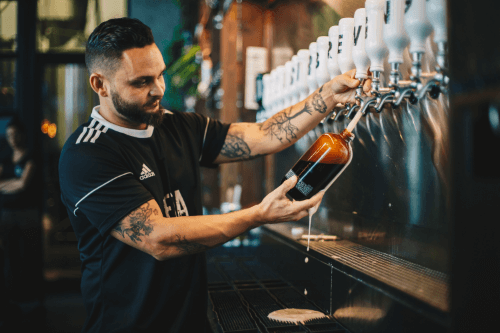 Perhaps the single most important thing though, whether you’re negotiating a new offer or better conditions in your current job, is the tone. Evelyn suggests a “friendly chat with a manager” as the first port of call, while John emphasises the importance of “positivity”.

“You’ve got to send out lots of positive signals about the organisation,” he explains, “otherwise it sounds as if you’re saying you’re probably going to move on. If you’re saying you’re going to move on, you’re not going to get a very good offer in terms of changed benefits. Why would an organisation go through all the headache of restructuring around you if they think they’re going to lose you?”

In practical terms this means you need “start by saying how much you enjoy the role or how much you’re pleased to be offered it”, before then moving on to how you’d like to change things. “But then you again say how much you’re looking forward to the future,” he says. Basically, it’s all about creating an atmosphere that shows you’re going to stick around, and builds a business case for why they should invest in you.

All in all, in comes back to knowing what you want, and what makes you more happy and productive in a job – something which is good for both you and your boss. TL;DR – daydreaming isn’t as useless as it sounds, and it’s important to take time out to think about what matters to you, just don’t be swayed by what might look like the coolest thing. Quite often, it’s the smallest tweaks which make the most difference. And slides probably aren’t the best place to drink a latte anyway.

* Some names have been changed to protect their identity.

How women in the workplace should be represented

It's International Women's Day 2019, and to celebrate we spoke to the women of this company to learn how we can strive for a more balanced world.