Graduates: Should you join the army?

If you're a considering a career in the army post-university, here's everything you need to know before you make that decision.

This post was written by an external contributor.  George Storr discusses the things to consider before joining the army as a graduate.

If you’re a graduate, or soon to be one, the British Army think you might just be officer material. You have to be made of ‘the right stuff’, of course, and you’ll have to be physically fit, but what could a career in the forces offer you? For many would-be-applicants the other important question is: “Is it worth the risk?” 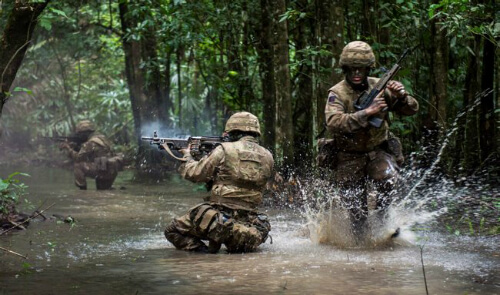 If you join the army as an officer, you first have to undergo and pass a 44-week officer training course at the Royal Military Academy, Sandhurst. It’s a famous national institution, and for many young officers the course is a life-changing experience.

After that period you’ll pass into another more specific training course which is dependent on your role and which sort of officer you become. For example, an infantry officer has to attend a 16-week specialised course in the Brecon Beacons.

Comparably, if you joined Deloitte’s Tax Consulting Graduate Scheme it could take as long as three years to become fully trained. In many respects then, the army’s officer training course is relatively time efficient. Plus, depending on the area of the military you go into, you will be trained up relatively quickly, and visit a variety of locations.

What are the perks?

Firstly the salary compares well to most top end graduate schemes. You’ll earn ВЈ25,984 while training at Sandhurst and if you successfully pass out as a Second Lieutenant, you will start earning ВЈ31,232 annually. These figures look better still when you consider that, during some periods, your food and board are essentially paid for by the army.

Secondly, careers in the forces offer amazing opportunities to develop leadership skills and experience ‘adventurous training’ (that’s forces talk for activities like skiing, skydiving and scuba-diving!). If any of those are your cup of tea then it may well be worth considering an army career.

The skills that you develop in a forces role are also prized by employers. FDM group, for example, run a programme especially for ex-forces personnel. They say on their website: “We recognise that people who have served in the Armed Forces have many transferable skills, ranging from adaptability and maturity through to responsibility and leadership”. This is especially applicable to the officer roles graduates are positioned to take on. 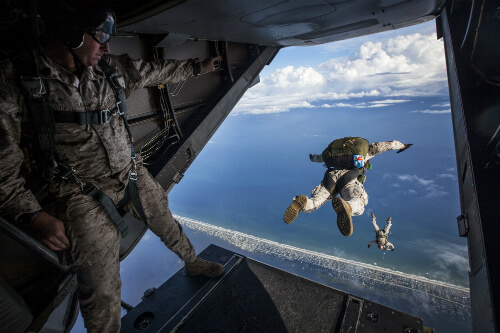 What are the risks?

If you take on a combat role the harsh reality is that you could find yourself in life threatening situations. You could also be called on to kill someone. Important questions to ask yourself include: What sort of army role do you want? And at the time of signing up, is Britain involved in any conflicts or peace-keeping missions?

If you’re an infantry officer you could face more dangerous situations than, for example, a tank driver. However, this depends on the conflict (or lack thereof) and there are many non-combat roles available. You could be an army officer in a veterinary role, you could work as a military police officer, or even as a chaplain. There are lots of non-combat roles available.

How could you progress?

You’ll usually remain a Second Lieutenant for around a year after passing out of Sandhurst. Then you’ll be promoted to a Lieutenant and that rank is usually held for up to two years before further promotion. Each step up the ladder takes time but means more money as well as more responsibility.

It’s possible to receive a number of qualifications during and after training as an army officer, including a postgraduate certificate in Human Resource Management or a BTEC in Management Studies. Alongside valuable management experience these can accelerate your career should you choose to leave the army.

Depending on the degree you held before joining, a spell as an army officer could see you find careers in a number of industries. Former officers have become journalists, solicitors, PR and finance professionals and private military personnel, among other things. 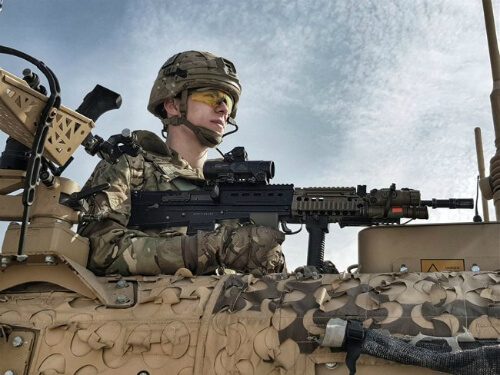 Could the army suit me?

So, how do you decide if the army is for you? Firstly, remember the risks. By taking on a combat role, you must be prepared mentally for huge responsibility. If you are an army officer your work can involve saving people’s lives, but getting things wrong can endanger people’s lives, too. If this isn’t for you, then non-combat roles may be worth exploring.

One of the other pluses of an army job can be the social side. The thrust of the army’s latest recruitment campaign is their slogan ‘This is belonging’. Essentially they’re arguing that army jobs lead to you forging meaningful, long lasting relationships with your co-workers. Many army and ex-army personnel will vouch for this.

You’ll have to be ready to learn new skills, travel and work hard. Remember that physical fitness is key to many roles and that entry assessments can be tough! If you relish a challenge and aren’t put off by the potential risks then an army job can be fulfilling and rewarding work.

This is a hugely personal choice and you may well have to do some soul searching. To learn more about a career in the forces, search on their website or visit your local Army Recruitment Centre. There are recruitment centres all over the country and the staff there can advise you in detail on army careers