Female candidates are three times as likely as male candidates to be asked inappropriate questions during interviews. Our latest study has revealed the shocking extent to which interviewers ask awkward and sometimes illegal questions to candidates.

The study of 2,810 individuals revealed that more than a quarter of female candidates had been asked about their marital status. Under UK  law, employers are not allowed to ask interview candidates about health, age, love life or family plans yet this data shows that a number of interviewers are unaware of this.

Some of the questions discovered during the survey included:

The survey also revealed that men are more likely than women to be asked about their sexual preferences, another example of an area of questioning that should have no place in an interview.

An infographic was created from the data can be viewed below: 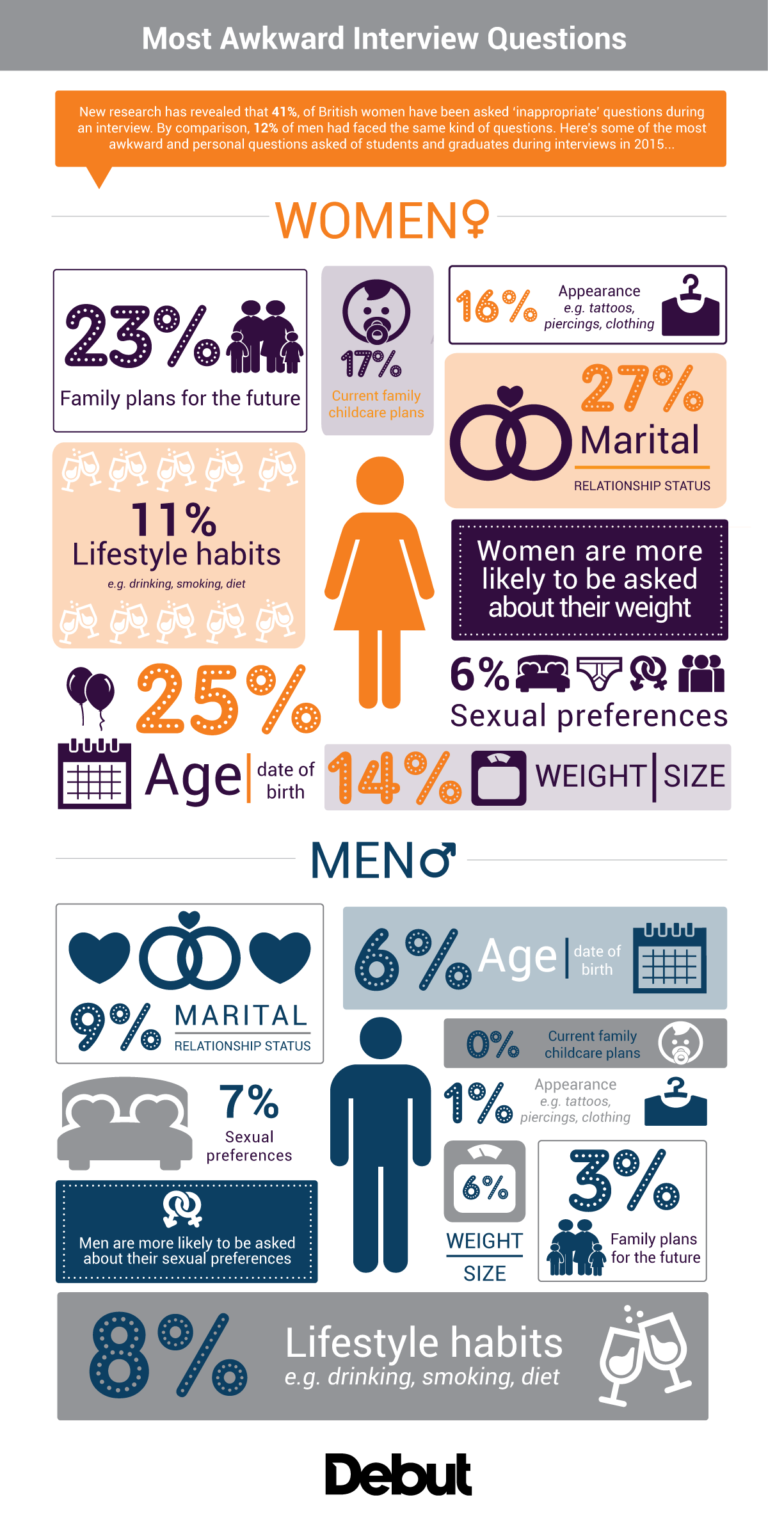