It’s easy to stereotype the culture of a working environment in a top banking firm. You might think of flashy suits, tough atmospheres and employees having no time for anything that doesn’t involve #workworkwork. But what if we told you that all these things are a myth? We spoke exclusively…

It’s easy to stereotype the culture of a working environment in a top banking firm. You might think of flashy suits, tough atmospheres and employees having no time for anything that doesn’t involve #workworkwork. But what if we told you that all these things are a myth?

We spoke exclusively with three employees from Bank of America Merrill Lynch (BofAML) about the extra-curricular opportunities that are actively encouraged within their company. Esther, Kim, and Lucy are all part of the many different groups and initiatives at BofAML, from sports teams and painting clubs, to D&I meet-ups and professional networking – there’s a whole host to choose from.

We all know how blooming great societies are – from the transferable skills you get, to the friends you make. But wouldn’t it be great if you could extend this to the workplace? Read on to find out how our three guests are doing just that… 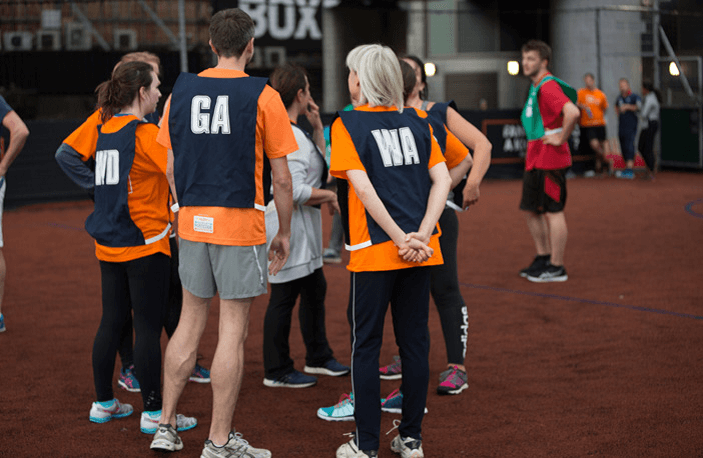 The best thing about the employee networks is that you aren’t limited to just one. There are opportunities to get involved in a number of different areas, bonding with co-workers from all over the business. For example, Lucy is a member of the LGBT+ Pride network, the Creative Club, the Risk Networking Committee and the Vital Voices London Mentoring Walk Committee.

Each group brings something new for her. The LGBT+ Pride network has a greater social drive for Lucy: “We work to raise awareness of LGBT+ issues and we are a resource to our members, allies and managers at all levels.” Meanwhile the Creative Club gives her a chance to unwind by attending film screenings, wine tastings and visits to art exhibitions. Finally, the other two groups help her network with others to build up her contacts and gain valuable advice from mentors and colleagues alike.

The camaraderie that’s a part of these groups is also extremely valuable for a first graduate role, as BofAML Netball group member Kim elaborates: “Networks will certainly help when transitioning from university because they give you a sense of belonging and sharing a common interest with others, which is similar to being a student.”

Meeting new people and making friends is all well and good, but extra-curricular groups can give you so much more than that. There’s a wealth of opportunity to build up your knowledge in a new area and develop your skill set. Esther discusses how the Drawing and Painting club has allowed her to take up a hobby that she’s always wanted to: “Being able to draw and paint is a skill I have always admired and wanted to learn, and now I get to learn the techniques and approaches in club meetings.”

It’s not just fun, personal skills that you’ll pick up in these networks, though; Kim has been able to build some transferable skills that may be vital in her future career by taking a more organisational role in her chosen group: “I have been able to co-lead a network that I am very passionate about – planning, leading and owning a project from scratch.”

Meanwhile Lucy uses one of her groups to compliment her role: “I have developed my business relationships and confidence, having hosted senior leaders at a networking breakfast and moderating discussions, ensuring everyone feels they have an opportunity to speak.”

Having time outside the office

These activities have gone to prove that working for a multinational banking firm does not necessarily mean that you won’t have time away from your desk. The company actively encourages pursuing other interests; as Kim puts it: “It’s important to have a good work life balance, and the business understands and really encourages this.”

Moving away from the social part of university can also be extremely difficult, especially if societies have played a big part in your life. But by having these initiatives on-hand, graduates can continue to relieve stress and pursue new things without having to search all over the city, or pay extraordinary amounts of money for memberships to private groups.

For Lucy, the benefits are two-fold: “There are so many opportunities to get involved in things that interest you, which add so much variety to my work life, as well as the undeniable positive impact on your career. Getting involved in networks boosts your profile and gives you a chance to build strong meaningful relationships with senior stakeholders.”

If you’re a graduate thinking about applying to somewhere like Bank of America Merrill lynch, know that they embrace and welcome people with a variety of interests. You won’t need to ‘mould’ yourself into a working drone, you can still partake in your favourite interests, which may also help boost your career profile at the same time! We think Esther has the best advice for any prospective employees:

“Be yourself, identify your strengths and development areas and don’t be scared to ask questions to nurture and build on your skills. Also, identify your interests and find the right balance between your personal and work life.”

Bank of America Merrill Lynch believe in giving you the inspiration, tools and confidence to make the transition to the career you really want.

They always ask “What would you like the power to do?” and work together to achieve it. Applications open on August 28th and they encourage you to apply early to avoid disappointment – click here to find out more.