Meet The Grads Responsible For Looking After 31,000km of UK Roads

When you’re on the way back to your uni halls after a long summer, the car completely stacked out with ‘essentials’ you’ll probably never get around to using, the chances are you haven’t stopped to think about who looks after the roads you’re driving on. It’s a big question though,…

When you’re on the way back to your uni halls after a long summer, the car completely stacked out with ‘essentials’ you’ll probably never get around to using, the chances are you haven’t stopped to think about who looks after the roads you’re driving on. It’s a big question though, with some 422,100km of paved roads across the country. Which, we can assure you, is a lot of roads. 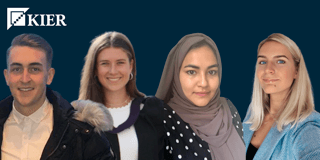 Graduates at Kier are responsible for helping to upkeep the network, among other projects.

Now that you’ve wondered, we’re here to tell you the answer. Depending on exactly where you’re driving, there’s a chance the tarmac you’re driving is managed by Kier, who look after more than 31,000km of a local authority and strategic roads across the UK. And, if you’re up for a challenge, you could join the graduates who keep things running smoothly.

Ieva Bockte joined Kier permanently in 2019, after taking part in two placements while she was still studying. Now, working as a graduate structural engineer for Kier Highways, she’s responsible for designing and implementing various projects across the UK road network. It’s a big job with a real impact too – some 311 billion vehicles travel on the UK’s roads every year – and is a role she’d heartily recommend.

“The advice I’d give someone thinking of applying is to, honestly, just go for it. You gain an enormous amount of experience in such a short time and I do believe it will help you a lot in your career,” she says. “Also, Kier’s HR teams are super friendly and helpful, therefore I would recommend if you’re worried about something before applying or during your application process, just to contact them and they will be more than happy to help you. I noticed that a lot of people in Kier really want you to succeed and will help you to do so,” she adds.

“Honestly, just go for it. You gain an enormous amount of experience in such a short time and I do believe it will help you a lot in your career.”

While working at Kier, Ieva has had the chance to work across a huge variety of projects, including upgrades to the M6 between junctions 13 and 15. “I went on-site daily, performing various tasks and getting hands-on experience,” she explains. Similarly, for Martin Connolly, an assistant engineer, it’s also been a case of getting stuck straight in. 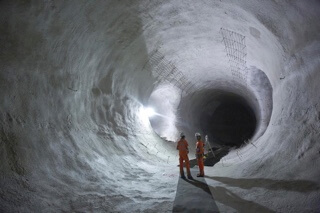 As well as roads, the team at Kier are also responsible for Crossrail.

“I joined Kier in 2018 on the graduate development programme and relocated from my hometown in Dumbarton (which is on the outskirts of Glasgow) to Birmingham. I was initially posted in the Area 9 Highways Team, where I spent a year designing highways schemes including road resurfacing and vehicle barrier design, as well as looking into the feasibility of junction improvements,” he explains.

And as for an average day? There isn’t one. “An average day can include anything from structural design to technical report writing and anything in-between. [For example], meetings with clients and subcontractors, preliminary design, option studies and organising surveys and inspections,” he explains. “I enjoy each day of work and now I am in a position where I feel comfortable and able to produce my best work.”

“An average day can include anything from structural design to technical report writing and anything in-between.”

While roles at Kier do mean you may have to move around the country, Martin is keen to stress graduates shouldn’t write it off. “Don’t be put off by the possibility of relocation. Not only have I developed as an engineer, but I have also grown up and matured as a person, which has been beneficial for me as I start to move into adult life. There are also plenty of opportunities to build relationships within the graduate network.”

“I’m still in contact with a lot of the graduates that I have met at these events,” he adds. “Kier also employs a flexible working policy which has allowed me to work around the obstacle of working away from home – I build up hours during the week and leave early on a Friday to travel home and see my family and friends”. 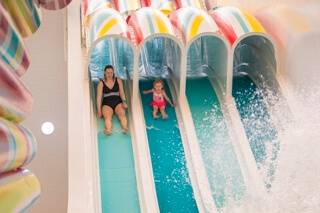 Other Kier projects include revamping a Butlin’s swimming pool

But roads are by far the only thing you can get involved with at Kier. As one of the country’s leading providers of construction and infrastructure services, they work on projects of sizes, complexities, and sectors, providing specialist design and build capabilities. Some of their other recent projects include building a ВЈ40 million state of the art swimming and leisure complex at Butlins in Bognor Regis, creating a new air hangar for Bristol Aero Collection Trust, and constructing the 6.4km of tunnels that will link Royal Oak to Farringdon as part of Crossrail.

Even putting aside the huge range of technical roles on offer to graduates, there are also ample opportunities for graduates in other areas such as communications, marketing, HR, and finance. “The advice I would give is, first and foremost, try to learn about the company,” says Labuda Haque, who now works as an assistant HR business partner. “On the face of it, Kier is just a construction company. However, from my time here, I have learnt that they do so much more than that. There are so many roles available.”

“On the face of it, Kier are just a construction company. However, from my time here, I have learnt that they do so much more than that.”

Similarly, for Emily Rowlands, who works in management, one of the key appeals of the scheme was the ability to rotate across several different areas. “If you’re unsure of what’s next for you having graduated, or know the area you want to work within but not the specific role, Kier’s graduate programme can be really beneficial,” she explains.

“The exposure you gain from the programme, working within a multitude of teams and projects, provides a great platform and professional network to use when you want to progress into your chosen career at the end of the programme.”

You can find out more about Kier’s schemes for graduates here. They offer a range of roles across site management, surveying, marketing and communications, HR and finance.