12 ways to reward yourself when you’re studying

This post is written by a member of the Debut Student Publisher Network. Read on for Char’s sneaky ways to reward yourself when you’re studying – because you deserve it.

Now that Fresher’s Week is long past us, it’s time to actually buckle down and put effort into your classes. Turns out university is more than just necking Jägerbombs and dancing to house music – who knew, right? Absolutely wild.

Whether you’re a first year or a returning student, you’re undoubtedly facing a sudden loss of freedom as lecturers expect you to do things like read books or prepare for their modules.  A long summer to yourself may have wiped your memory of any skill conducive to learning.

Luckily for you, there are several ways you can reward yourself when you’re studying that’ll fool your brain into performing amazingly in no time. You can be Pavlov and his dog simultaneously. It’s a win-win situation. 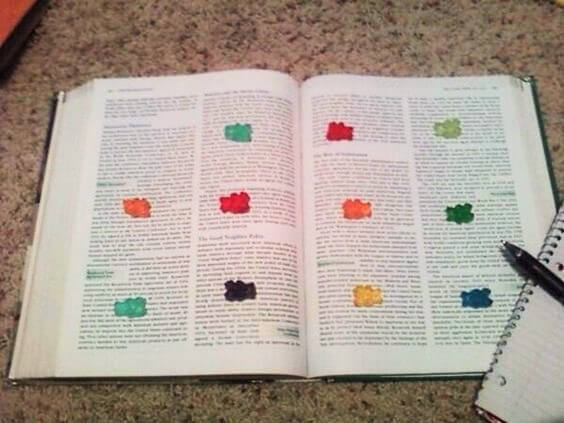 First up is an old favourite of mine. As a Literature student, I was often faced with poring over texts that were so boring they genuinely made me feel my brain turning to mush.

I managed to slog my way through such paper disasters by placing a gummy bear at the end of each paragraph and treating myself to one whenever I reached it. Learning has never been so delicious.

We’ve all had that feeling where even though it’s the middle of the day, and even though you’ve drank your weight in coffee, you still struggle to fight off the creeping sleepiness looming over you as you study.

Well, it turns out that napping is actually good for you, and a short nap of about half an hour can help improve your alertness. Try doing 60 – 90 minutes of studying, and take a well-deserved nap after to get you back into the fighting spirit.

The answer to all of life’s problems. Of course, you should probably be sensible about this. If your budget permits it, then you should absolutely treat yo’ self and buy that shirt you’ve been eyeing up.

If not, then just peruse through the sales and mentally compile a wardrobe for when you’re not in debilitating debt.

While it’s easy to relentlessly surge through series and gorge yourself on several episodes of Jessica Jones a day, it’s best to save some to give yourself a satisfactory break from your studies.

Watching an episode of something you’re invested in will still keep your mind focused, but will also give it a safe refuge from whatever your lecturer had been waffling on about. Chill is also an option, but only if it’s perfunctory.

A lot can happen in an hour. Trump can say something else horrifically offensive, Perrie Edwards can absolutely annihilate Zayn in Little Mix’s new single, your aunts can get into a Facebook argument, et cetera et cetera.

There are few things more rewarding than mindlessly scrolling through all the beef on social media after making your brain nice and juicy with knowledge. 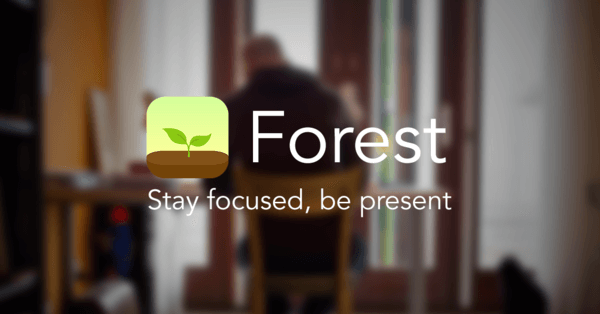 There are actually several apps designed to help you study (technology truly is amazing) and one of my all-time favourites is Forest. It functions by allowing you to plant a tree, which will grow with every half hour you spend avoiding your phone.

Should you stray from the app, it’ll kill your tree, which may seem inconsequential but you get surprisingly invested. It’s actually incredible sweet to expand your forest with different breeds of plant, knowing that every one represents thirty minutes of hard work.

If study-based apps aren’t for you, maybe you just need some of those good old-fashioned video games of the mind-numbing variety.

Shut your brain down with a few matches fighting 12 year olds online, or complete two or three levels of something before cracking back on with your work again. Technically, you’ve still made progress with something, so it’s all good.

Several studies have shown that listening to music can actually increase your studying performance, since it blocks out any annoying background noise. However, this only really pertains to ambient and neutral music, usually of the classical variety, as opposed to Kanye.

Whether such tunes help you study or not, we can all agree that there are few better ways to spend a break than listening to some jams that you love. Flicking through playlists on 8tracks or Spotify is sure to get you pumped again. It’s like having your own motivational soundtrack.

Simple but sweet. Delving into Whatsapp and Facebook is fun and all, but there’s nothing like face-to-face interaction to ground you back into reality and prevent your brain from reverting to goop. It also provides an opportunity to vent and disperse all your stress.

Whether it’s chatting to your housemate over a cuppa or FaceTiming your mum, actually seeing and hearing somebody will effectively remind you that you are still in existence, and haven’t faded into an academia-fuelled coma.

To follow on from the previous method, talking to people is nice, but hatching a Charmander is even nicer. Get some fresh air and have a walk, and be rewarded with hatching eggs and getting closer to completing your Pokedex.

Plus, I’m fairly sure stretching your legs and getting a bit of fresh air and exercise is reasonably good for you as well.

One of life’s ultimate pleasures. Perhaps you can escape the library momentarily to get a frappucino or a Big Mac – whatever you desire, you may consume. Again, be considerate of your loan here; if you’re a bit stretched, you can always raid your own cupboards for something sweet to get you through your task.

Either way, with any luck your brain will associate studying with the satisfaction of wolfing down delicious, delicious snacks. Stupid brain.

Yes, you have to study now, but that doesn’t mean your going out days are behind you for good.

After a long and fruitful confinement in the library, you deserve to strut your stuff in the club like a beautiful, learned peacock. Hopefully you won’t sustain any alcohol-related memory damage in the process.

Download the Debut app and you could totally grab yourself a summer internship way before anyone else.

Students can always do with some savings. Discover how you can keep the spends down on your daily food and drink purchases.

Ladies and gentlemen, this is the ultimate freshers’ pre-drinks playlist

It’s time for you to seize the spotlight. Mark yourself out from the crowd by using this lethal combination of tracks especially curated by Debut.