From Chinese To Politics, Can You Guess Where These Grads Ended Up?

The chain of events which leads to your university degree starts a long time before you rock up at freshers’ week. Before you’ve even sat your GCSEs, you’ll have made choices about what A Levels you want to study, and you’ll have put in uni applications before your second year…

The chain of events which leads to your university degree starts a long time before you rock up at freshers’ week. Before you’ve even sat your GCSEs, you’ll have made choices about what A Levels you want to study, and you’ll have put in uni applications before your second year of A Levels even hits Christmas.

That doesn’t necessarily mean we knew what career we wanted to do all those many years ago though. After all, almost 50 percent of university students don’t know what they want to do when they graduate, according to some studies. But, perhaps more crucially, it doesn’t mean your degree ties you to just one career path.

It’s something the recruitment team at Blick Rothenberg comes up against a lot. As one of the UK’s leading tax, accounting, and business firms, grads-to-be often feel like they must come from an accounting or tax background in order to succeed. However, this couldn’t be further from the truth, with the organisation welcoming people from all backgrounds. In fact, you can see a few of them in our featured image – take your guesses now at what you think they’ve ended up doing.

A Focus On Helping Your Personal Development

For the team at Blick Rothenberg, the main focus is on helping trainees develop individually, whatever their background. “One of the joys of being a partner in a training firm is watching trainees develop and progress,” agrees Heather Powell, Head of Property and Construction. “Mentoring is a dialogue, and I always learn something from the trainees [too].” 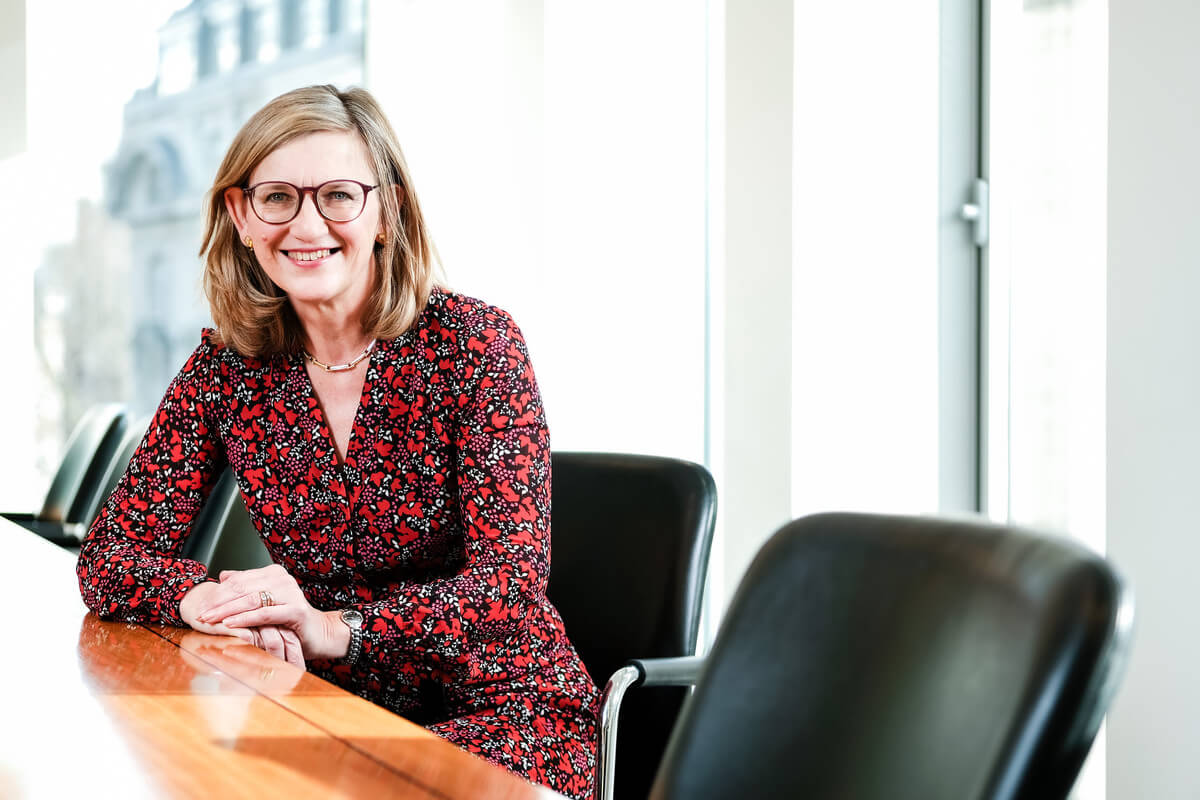 “Not having a maths background really doesn’t matter,” agrees Emma McGuckian, who joined Blick Rothenberg after studying a politics and international relations degree at Reading University. “It’s much more important to have a well-rounded skill set, as the role itself is not one dimensional.”

Speaking to Debut about her top tips for non-finance students, she advises a focus on transferable skills in their applications. “I found that at university we were expected to absorb large quantities of niche information,” she explains. “Being able to do this has been so helpful going into a completely new role where I have limited knowledge of the technical aspect of the job.”

“I found that at university we were expected to absorb large quantities of niche information, being able to do this has been so helpful.” Emma McGuckian

For Fern Addy, who studied Natural Sciences, the main thing to focus on is the reasons why you’re interested in a career at Blick Rothenberg. “Make sure you have researched the role and know the reasons for wanting to study,” she says. “Having a genuine interest makes it so much easier to motivate yourself.”

For her, this came from having to budget her money in order to be able to afford to travel after university. “I had to work hard to be able to afford it and I had to budget and manage my money when I realised I had an ability. This piqued my interest in a finance role, and is why I began searching for trainee accounting roles.”

“I had to budget and manage my money, [that’s when] I realised I had an ability. This piqued my interest in a finance role.” Fern Addy

Fern also points to her previous experiences working in retail and dance as key to showing off her skills, even without a finance background. “Retail really helped me with being able to put myself out there to others and start creating relationships,” she tells Debut. “It also helped me to understand how to deal with difficult situations.” Dance, on the other hand, helped develop her teamwork skills, and know how to work to other’s strengths.

‘Retail Helped Me With Being Able To Put Myself Out There’

Did you manage to correctly guess who did what at Blick Rothenberg?

Equally, don’t be put off if English isn’t your first language – in fact, it can be an additional strength to add to your application, says Alejandro Abad Algarra, who studied his initial degree in Spain. “English is not my first language and this has not been a barrier to me at all. I have found that utilising my foreign language skills has been really useful in my role and being able to build relationships with clients.”

It’s a thought also echoed by Nadir Raveh, who studied Chinese and German – about as far away from finance as you can possibly get. “I would say studying languages takes dedication, as it is a novel skill and challenges what you grew up understanding. It was the same dedication and drive that got me through the exams.”

Put simply, any background can find a home at Blick Rothenberg –  it’s just a case of finding your drive and passion, as well as making sure you sell the skills you’ve already picked up so far. “I wasn’t sure whether I would be good in this role given I don’t have a maths background,” says Nadir, “but what I learnt is that it really doesn’t matter. We have calculators! And having a well-rounded skill set is just as important.”

This sponsored piece was produced in collaboration with Blick Rothenberg. You can see more details about their graduate programmes here, including full details on how to apply, case studies, and HR contacts.