Is It Worth Starting a Graduate Career in the Creative Sector?

Is creativity vital to the future of our workforce? In this deepdive we discuss the impact on universities and businesses alike.

Even pre-Covid, many people have questioned the value of studying an arty, non-vocational, non-practical degree.

Subjects such as Design, Music, the Performing Arts and Fine Art are often downplayed in terms of intellectual value, with seemingly little advancement in both career and economic prospects.

But despite all this, creative industries are still the  fastest growing sector of the UK’s economy,  and account for 1 in 11 jobs.

Oh, and creative jobs are also among the least likely to be lost to automation – since human creativity is so unique, that it can’t be replicated by robots or machines.

In fact, why not take a look at the creative graduate jobs currently on the market? You’ll see there are plenty to choose from.

If that wasn’t quite enough, there’s also the exciting fact that non-creative disciplines also require the amazing skills and mindsets of arts graduates.

Here’s further proof of why it pays to start a graduate career in the creative sector.

Creativity, or the process of having original ideas which have value, occurs when different parts of our brain interact.

Everyone has the potential to be creative in different ways, and in different areas. Leonardo da Vinci is a stellar example of someone who used his artistic mind to transform other disciplines… such as engineering.

The Institution of Mechanical Engineers has even published the report ‘Big Ideas: The Future of Engineering in Schools’ in an attempt to rebrand the sector as a creative discipline.

Sarah Spurgeon, president of the Engineering Professors Council,  commented: “You need Maths and Physics to be a good engineer, but these are things we can teach and they are not all you need.

We need students with the imagination to dream a better world, and the skills to build it.” 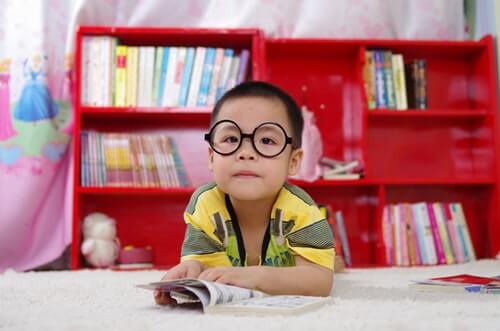 A  study of 200 civil engineering graduates  in 2016 at the University of Bath proved this point.

And if you really want to be a smug creative, those who studied Art and Design, Music or Design and Technology alongside their other subjects performed better, on average, than those students who had solely studied Maths and Science.

Robinson claims that we need to rethink our view of intelligence by taking into consideration our interdisciplinary way of seeing things. He argues that we experience the world visually, through sound and kinesthetically; our brain isn’t divided into separate compartments. Creativity, or the process of having original ideas which have value, occurs when the different parts of our brain interact.

What Salary Can I Expect to Earn in a Graduate Creative Career?

We’re not going to pretend that the creative sector is flush with cash.

Salaries will vary vastly – partly because it’s hard to put an absolute price on creativity – and you should expect to get paid more with experience.

Whilst the immediate earnings potential of arts graduates is low, in the long term they’re able to exceed the  average national salary  of ВЈ27,271.

As a general rule, the surveys show that the average income across the sector is ВЈ33,900, with the potential to earn more depending on where you work. 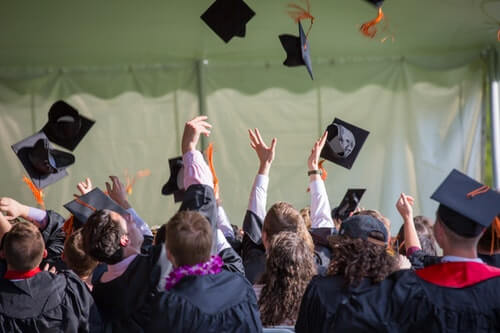 If you’re considering this route, make sure you research each opportunity carefully, to ensure it’s really going to offer you the skills and experience you need for your chosen career path, and that the employer isn’t acting illegally.

You can take a look at graduate internship opportunities from the UK’s top employers here.

If you’re looking for inspirational stories about where graduates go when they’re beyond the cosy confines of university, Kathryn Evans studied Drama…

…before setting up a business which turned over millions of pounds…

The stakes were high, however.  Kathryn’s mother was so embarrassed about her daughter pursuing a ‘Mickey Mouse’ subject at university, that she pretended Kathryn was studying English, instead.

However, Kathryn credits her Drama degree for the confidence and adaptability she needed to launch a financially successful business, which eventually employed 140 people.

Kathryn told us at Debut Careers: “Drama is a misunderstood subject. I learnt how to make something from nothing, to think fast and problem solve under serious pressure. 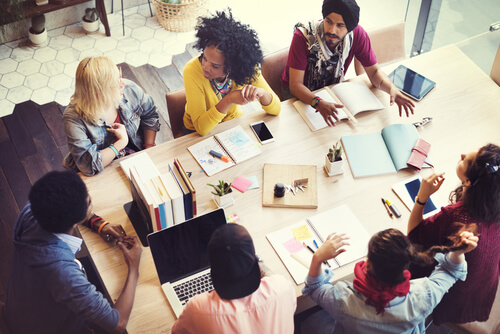 Of course, I did learn to act, but I also learnt backstage skills like costume design and set building, as well as the practical economics of running a theatre. I learnt how to research and present an argument, manage events, and communicate with the public.”

Initially, Kathryn worked at Chichester Festival Theatre, before sidestepping into the management of her new business and taking the occasional acting job.

Later, she channelled all she’d learnt about character into writing her novels.

How is Creativity Valued in Non-Creative Industries?

Kathryn says: “Not everyone will go on to be highly paid in the field of their degree, but creativity is the number one skill companies, such as IBM, are looking for in their management teams.

Creativity stems from play, and scientists and engineers also need to be creative,” she added.

In the World Economic Forum’s (WEF) The Future of Jobs survey  – which quizzed 350 executives, spanning nine industries in 15 of the world’s biggest economies –  creativity was the third most important skill  desired by employers by 2020.

It’s also jumped seven places since 2015, when it was only the tenth most important skill. In a world overloaded with new technologies, employers want creative people who can apply tech to emerging products and services.

Terry Neill, head of  Accenture’s global change management practice, told the  Irish Times:  “More and more, we’re focusing on arts graduates because of their ability to deal with complexity, to look at things in a different way. They also have a higher tolerance for ambiguity, which is important.”

In fact, our workplaces of the future will depend on the successful intersection of the arts and sciences.

Accenture’s Paul Daugherty has advocated a  direct link  between creativity and computer science. Unless computer coding is taught in schools, it’s reported that up to one million STEM-related jobs will be unfilled by 2020.

Creativity is the human superpower that can bridge this gap!

The Creative Future is Bright

According to arts graduate Am Golhar, who is now the director of  Abstract PR  agency: “There is still a stigma about art degrees, but I think things are changing. There are good career and earnings prospects for arts students.”

With the World Bank reporting  that job insecurity is now a fact of life for young people, we need to accept the fact that our professional lives will be tumultuous and unpredictable.

We can expect to  change career five times  over a lifetime, so those who berate arts degrees as impractical are ignoring the fact that graduates naturally travel in all manner of different directions!

From theatre to engineering, and science to entrepreneurship, it’s clear that creativity matters. The transferable, ‘softer’ skills of arts graduates, and the ability to think differently, are more relevant than ever.

So, in short, yes.  It IS worth starting a graduate career in the creative sector.

Find out more about how to do just that by downloading the Debut app, or browsing graduate job opportunities in the creative sector.