At Debut's biggest event yet, 200 of the brightest young women gathered to hear a panel of trailblazers talk about being a woman in the technology industry.

As Queen Bey once said, ‘Who run the world?’ According to us, the 200+ young women who filled Debut HQ for our monumental Women In Tech event Wednesday night do.

Debut’s first Women in Tech event was an insights and networking evening featuring representatives from L’Oréal, Bloomberg, Siemens, Vodafone Group, Rolls-Royce and Microsoft. So-o-o-o much went down, so we thought to recap the evening in its entirety just for you. 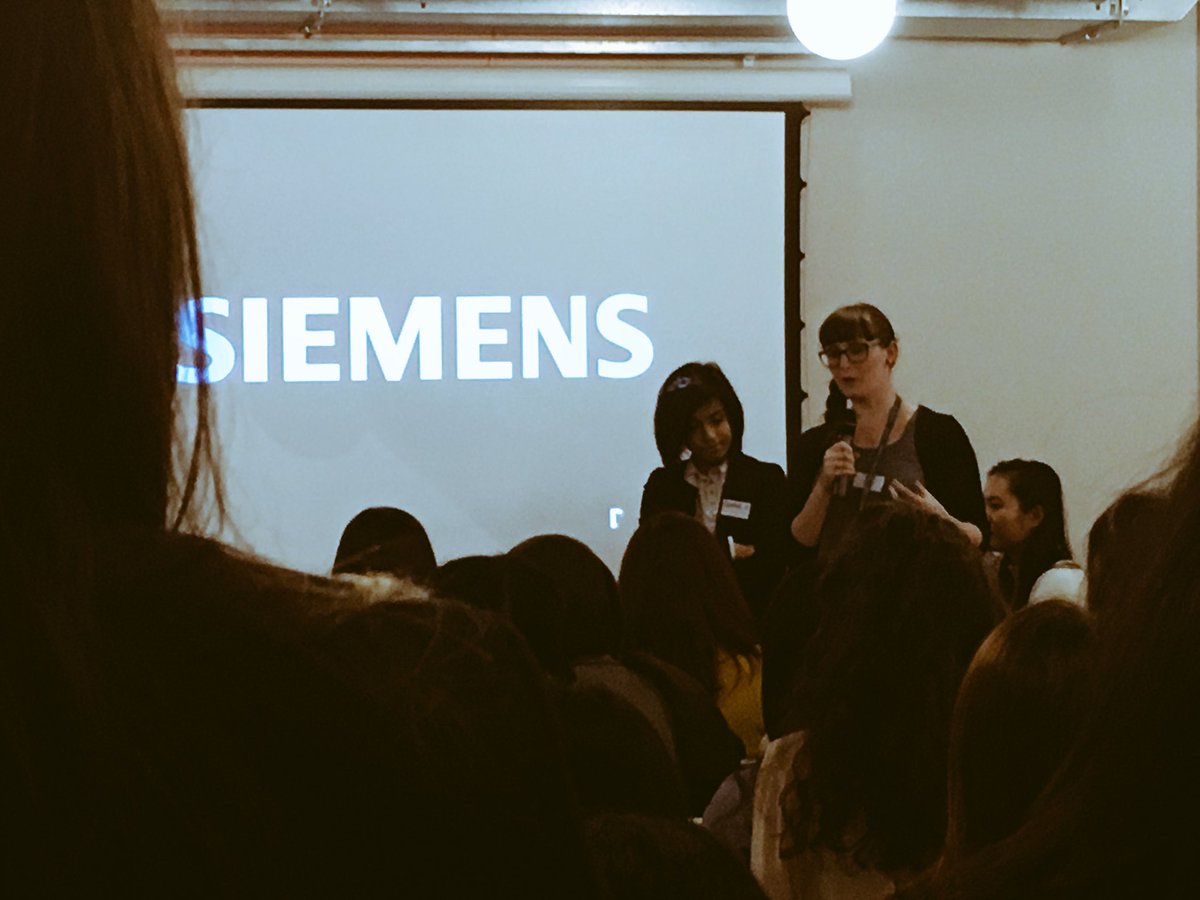 We kicked off the evening with a two minute pitch from each employer about the company they represented. Our riveted audience cast votes to decide the most convicing, and though the other companies pitched valiantly, Vodafone came out the winners. Then, straight into a panel session where our representatives sounded off on everything from stereotypes, maternity, career progression and company culture.

Debutant Ava, who’s been to a few of our events now, found this extremely useful. “I learnt so much I didn’t know before” she revealed to me. “I knew a lot about these companies coming in, but in reality they’re so much more diverse.”

It was time for the girls to show us what they’re made of. We laid on a substitution cipher for them to solve, with the fastest female getting a one-on-one meeting with an employer of their choice.

Just four minutes later, we had a winner – 21-year-old Sorfina from Queen Mary University. Her talent spoke for itself – she beat our lead developer’s time by 2 whole minutes!

She chooses to have her one-on-one with Microsoft and speaking to her afterwards, I could tell she’s oozing with ambition.  “I want to stay working in technology and I really want to make a positive change in the world,” she said, beaming. “It was really great to get some insight from Microsoft into the recruitment process in this industry.”

The new way of doing things 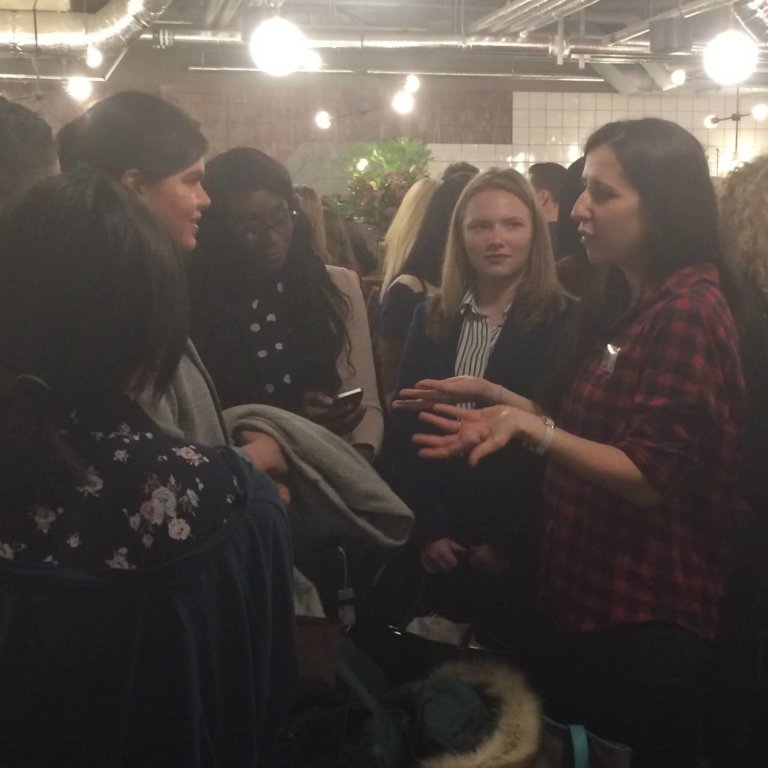 After a lengthy Q&A where our Debutants grilled the panelists with all manner of deep questions, the networking side of the evening went into full effect. Our girls were mingling, making friends and having productive conversations with the company representatives. University of Bedfordshire graduate Ayesha had one of the more enlightening experiences of the evening.

“I spoke to 3 companies and they all invited me to apply,” she told me, “I never would have thought they’d be interested in me before now!”

Another attendee, Rochelle, told us how frustrated she was with the traditional graduate application process. She found it was difficult, time-consuming and didn’t account for her dyslexia. Getting everybody together in a room like this is helping her and others make waves in their career search. 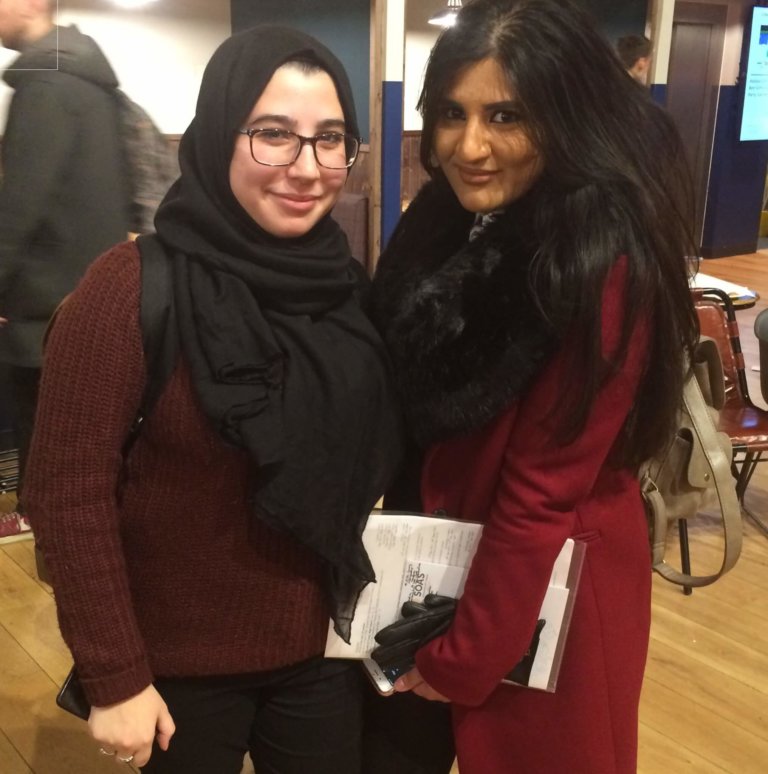 Soon, it’s 8pm and the Women In Tech party’s in full swing. Two girls approached me and told me that they had an amazing story to tell me. Having heard a lot of amazing things tonight, I braced for another. Aisha, a Law student from SOAS, hadn’t seen her friend Yasmin, a Computer Science student since they left their East London high school nearly five years ago.

Hearing about our Women In Tech event independently of each other, they both came and spontaneously reunited. “Since we left school, we’ve been doing our own thing,” Yasmin explained to me, “But we’ve spent the whole evening catching up!”

“Life got in the way,” concurred Aisha. “It’s so good to see her. Debut’s done a wonderful thing for us.” 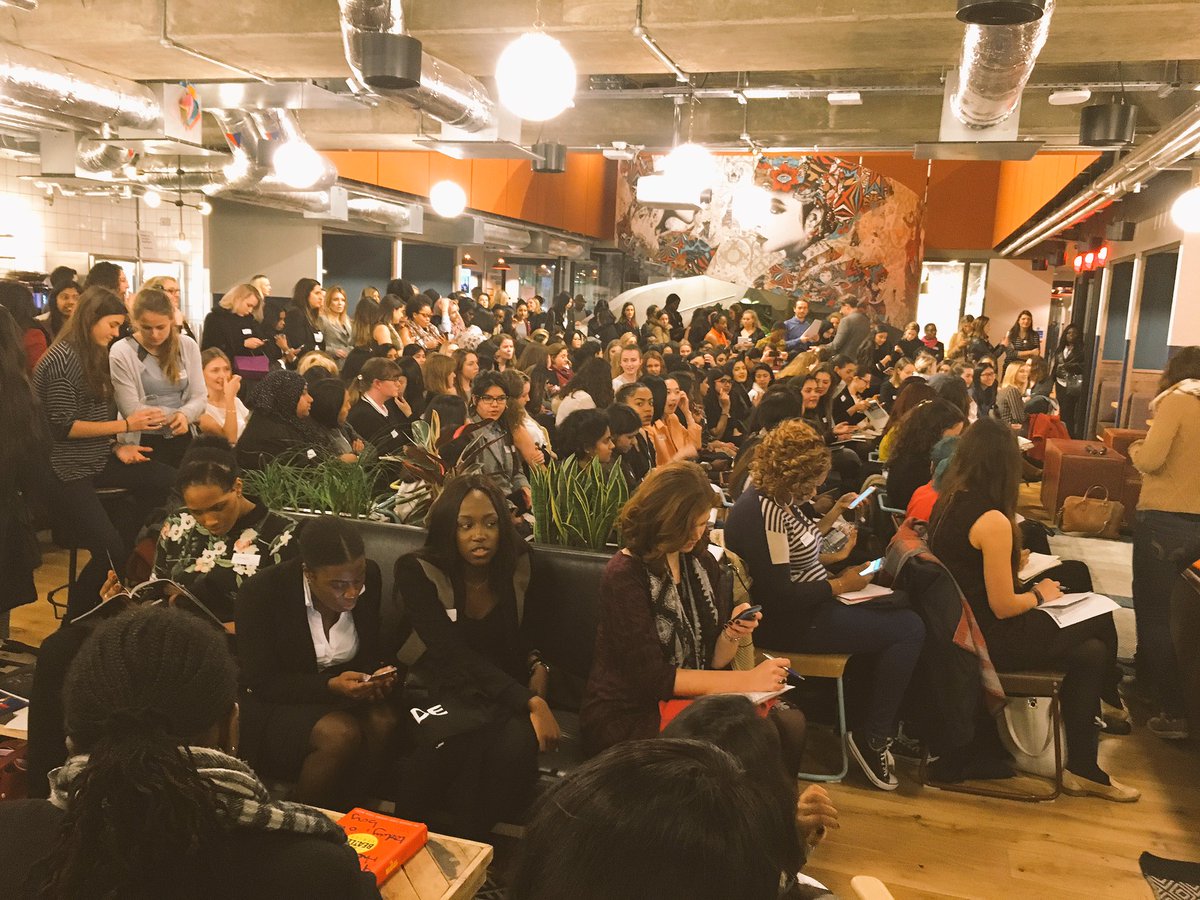 This is what we at Debut do it for; the big moments that mean the world to our Debutants. We want everybody who comes to an event to leave with more than what they came in with, whether that be an opportunity, a new friend or, in this case, an old one.

Speaking to all these young women, I felt that everybody in the room had what it took to become a tech game-changer. It was an honour to be there to help them make their Debut.