A Study Into The UK’s Graduate Gender Pay Gap

Unfortunately, despite widespread awareness, change and overall progression towards equal pay for both men and women in the UK, there remains a noticeably large gender pay gap amongst university graduates, with the most recent Government pay data revealing that males earn ВЈ1,600 more than women do one year…

Unfortunately, despite widespread awareness, change and overall progression towards equal pay for both men and women in the UK, there remains a noticeably large gender pay gap amongst university graduates, with the most recent Government pay data revealing that males earn ВЈ1,600 more than women do one year after graduating and that this rises to ВЈ3,600 after five years and ВЈ8,400 after ten.

As Debut pairs graduates with hundreds of top UK employers to find you the graduate scheme that suits you best, we wanted to know, which institutions and degrees have the largest disparity between graduate earnings for men and women?

Which Degree Subjects Have the Largest & Smallest Gender Pay Gap?

The data we analysed shows that the gender pay gap is the widest for those studying medicine and dentistry, with men earning around ВЈ63,300 ten years after graduation, compared to ВЈ43,200 for women, a huge difference of ВЈ20,400.

Other subjects with worryingly high disparity include combined and general studies (a gap of ВЈ11,400), veterinary sciences (ВЈ9,400) and business and management (ВЈ9,000).

The degree subjects with the largest gender pay gap… 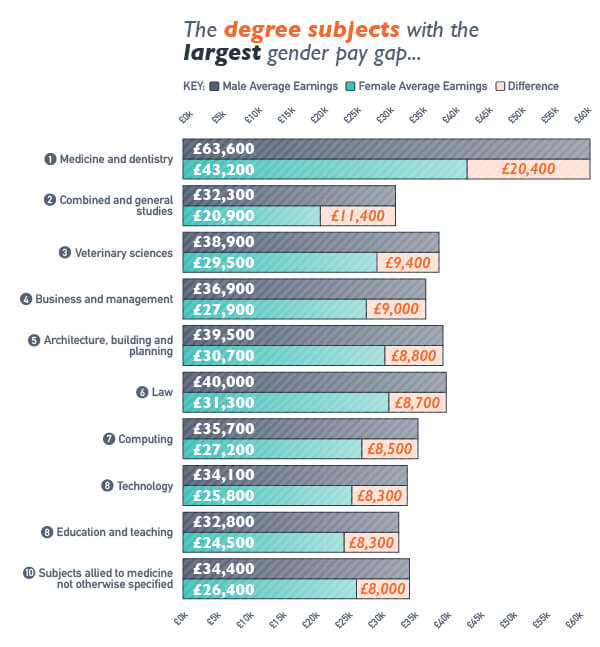 On the other hand, the subjects with the smallest pay gap after ten years were communications (ВЈ3,300), health and social care (ВЈ4,200), English studies and Philosophy and religious studies (both ВЈ4,400), however, all still show a substantial difference in earnings.

The degree subjects with the smallest gender pay gap… 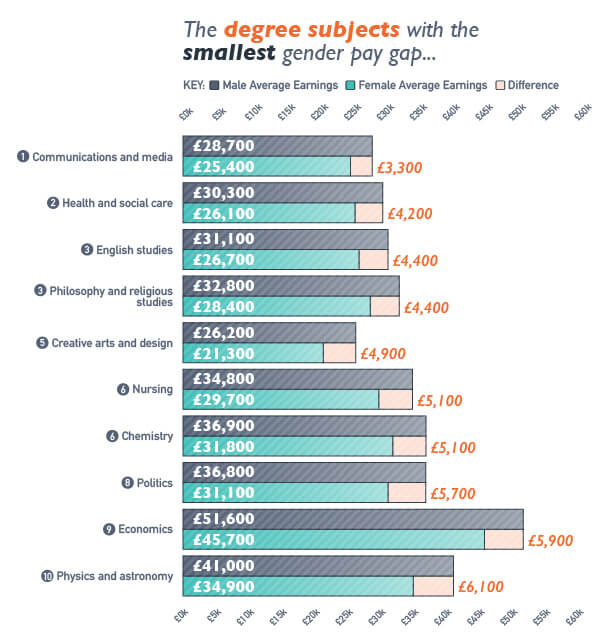 Which Universities Have the Largest Gender Pay Gap?

Whilst the official graduate earnings data broken down by university differs slightly to that for degree subjects, in that it showcases the earnings of graduates once they reach 29 years of age, the fact remains that this still shows a worryingly large gender gap at most institutions.

Stirling University in Scotland has the largest disparity, with male graduates earning ВЈ37,700, compared to ВЈ25,200 for females, a difference of ВЈ12,500, followed by the Royal Agricultural University (ВЈ11,100 higher for men) and the University of Warwick (ВЈ11,000 higher for men).

The universities with the largest gender pay gap… 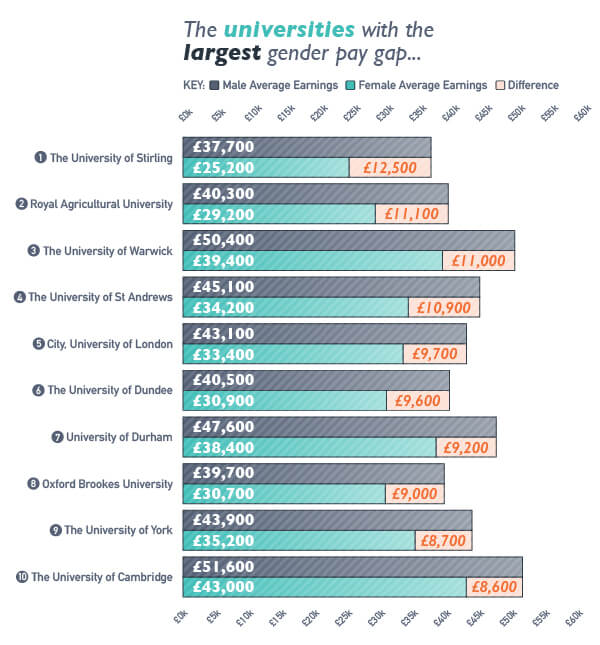 However, there are four universities where female graduates earn more than men (the Royal Veterinary College, University of West London, Royal Central School of Speech and Drama and Ravensbourne University), as well as several others where the gap is only a couple of hundred pounds.

The universities where female average earnings are higher… 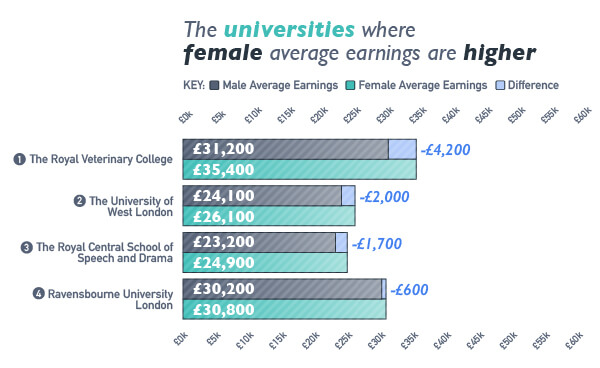 The universities with the smallest gender pay gap… 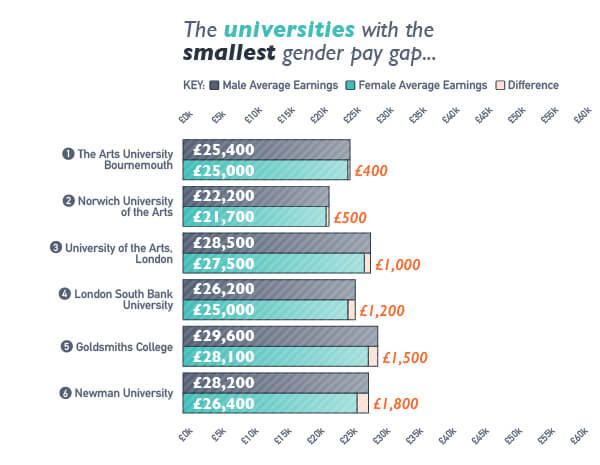 How Do Earnings Change Over Time?

Lastly, our research reveals that, while the gender pay gap perhaps isn’t quite so large straight after graduation, it certainly widens over time.

However, this gap increases by 56% three years after graduation, 125% after five years and 425% after ten years. 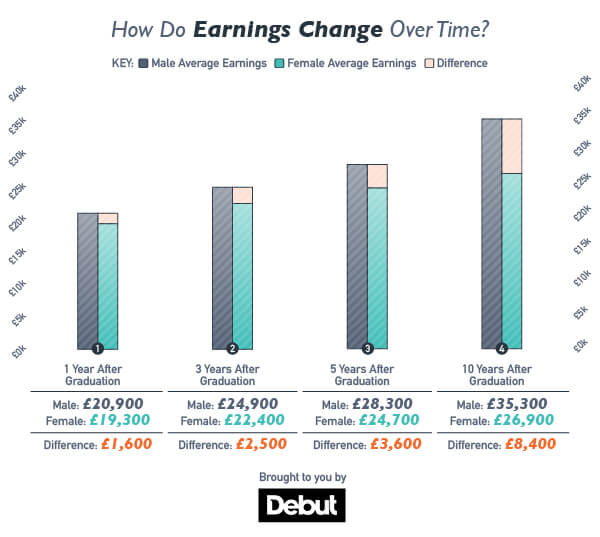 Sourced from the Government’s ‘Undergraduate degrees: labour market returns’ dataset (Table 15). All figures relate to median earnings at age 29 for the 2015/16 tax year.