Gen Z is changing the workforce by moving into the world of freelance. But why is that exactly? We've done a deep-dive to find out more.

This article was written by an external contributor, Alex Ekong. Alex is a former member of the Debut Insights team, now working as a digital journalist for Noisey, Huck Magazine and more. You can find him on Twitter.

“Time’s arrow neither stands still nor reverses, it merely marches forward”. It’s an old saying, one that might be familiar to the Bojack Horseman fanatics among you out there. Netflix Original series’ aside, it basically means that in life there is no standing still. The world around you is gonna move on, whether you want it to or not.

On that bombshell, it appears that the time is nigh for Millennials. Like Gen X before them, they won’t be the ‘it’ generation for much longer. A new wave is coming, and they’ll be the heir apparents to the world we live in, the lightning rods for criticism from the older generations (us, unfortunately).

The social science enthusiasts out there call them ‘Generation Z’. Nobody, it seems, can quite agree where the cut-off point with the Millennial generation is, but most agree that the first members of Gen Z were born between 1995 and 2000. This of course means that as of the last few years, this first wave has joined the workforce. That’s right, a whole generation of workers who’ve never used CD Walkmans and don’t remember when Busted split up, and with that is going to come sweeping change.

One of the most interesting changes? More and more members of Generation Z seem to be eschewing traditional 9 to 5 jobs, in a move sure to disappoint Dolly Parton and her legions of fans worldwide. Instead, they’re choosing to work for themselves and freelance their way into their dream roles. Sure, there might be less financial security, benefits and a lot more fluctuation working this way compared to how their parents did, but young people are finding them no less rewarding.

The facts on freelancing 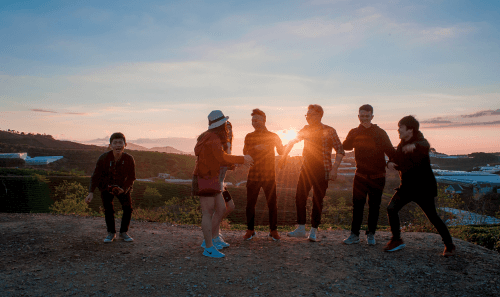 Okay, so here’s the tea. American freelancing company Upwork run a huge survey every year – a sort of state-of-the-union for freelancers – chock full of interesting stats and tidbits. In the 2017 edition, they revealed that of the 57.3 million people freelancing, 47% were under 34, making Millennials and Gen Z the biggest driving force behind the growth of freelancers in the country.

Not only that but nearly half of Gen Z-ers in the workforce admitted to having freelanced in the past 12 months, with a cool 73% of them doing so out of choice rather than necessity. Compare that with just 66% of Baby Boomers and 64% of Millennials and it becomes painfully clear what’s going to be en vogue going forward.

Maybe the world should have seen this coming. A 2011 Gallup survey of students between 13 and 18 years old showed that nearly 80% of them wanted to be their own boss, and 45% planned to start their own businesses. A similar survey run by Entrepreneur in 2014 declared that in America, high school students were more industrious and entrepreneurial than their college counterparts, with 8% more wanting to start their own business and 18% more aspiring to be entrepreneurs. Oh to be young and idealistic.

Why are Gen Z going freelance?

When you slice it up that way, it’s no wonder so many of those kids from the surveys are now embracing the self-employed, autonomous freelance lifestyle. But there has to be more than meets the eye. And so, as a clueless Millennial I have to ask: What are the broad differences between our generations, Y and Z, and what is it about the newer models which make the marriage between freelancing and themselves a match made in heaven? 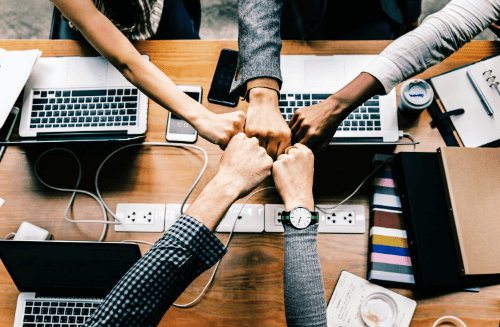 Rage Against The Machine so eloquently told the MTV generation, “I won’t do what you tell me”. Now it’s seems that 25 years later, Gen Z-ers are doing the same thing – just not in as brazen a fashion. A graduate job or grad scheme straight out of university might not be your bag anyway, especially if you’re a creative. So what do you do instead? Why, you freelance of course!

Austin Trachsel was one of the younger freelancers which Upwork spoke to when compiling their 2017 report. The 22-year old videographer from Kentucky started freelancing while at university. he then decided to freelance full-time upon graduating instead of getting a corporate job and never looked back.

“Freelancing has not only allowed me to pursue my passion of bringing stories to life through video, but also afforded me the luxury of doing so from anywhere in the world that I can take my camera and computer,” he said. “When I graduated from college, continuing to build my freelance business instead of getting a traditional 9-to-5 was an easy decision because I’d already established relationships with clients around the world doing work that I love.”

It’s that kind of autonomy which many members of Gen Z desire for themselves, the kind that gives them individuality, purpose and realise what they’ve been idealising since they were old enough to even consider careers. And once you start calling the shots for yourself, it gets harder to let someone else do it.

It’s an increasingly hectic world out there, and today’s discerning employee is desperate to find a job which stimulates them and also fits around them like Elastigirl fits around Mr. Incredible. That’s exactly the appeal of freelancing for many Gen Z-ers, including Jessica Pardoe, a 21-year-old PR executive and part-time blogger.

“I’m productive at different times of the day, for example this morning I’ve been to the gym, cleaned my bathroom and have cleaned my makeup brushes. And it’s not even 8am yet. But other times, I don’t find I’m productive until very late at night,” she explained to me. “Freelancing means I can work when it suits me; it doesn’t matter when I work, as the end result is still the same, if not better as I work when my productivity is at its highest.”

There’s an argument that, while full-time freelancing can cause financial anxiety, it’s generally better for your mental health, as the flexibility allows you to go at your own pace and avoid burnout. However, over 43% of 18-24 year olds’ report that they are working every weekend according to a report by SCORE, so just be aware that it goes both ways. If you’re worried about whether you’ll be able to make enough money to thrive, just remember: a good freelance career can start off as a side-hustle to your main job. It can even stay that way too, as Jessica explains to me:

“I think freelancing alongside a full time job has its drawbacks – especially when I have other things to focus my time on too like my friends, my boyfriend and the gym,” she admits. “Because of this reason though, I only take on what I know I can manage effectively. If a job’s too big, I’ll either negotiate the time or the length of it, or sometimes not accept it at all.”

And if you don’t want to try and fit freelancing around working full-time, the good news is you don’t have to. Portfolio careers – where you embrace two or more part-time or freelance roles instead of going for a full-time job – are growing rapidly in popularity among Gen Z-ers. Setting up a working lifestyle like this may afford you less structure but will allow you to work on creative passions based on your portfolio or skill base, while also doing something that isn’t exactly your speed but provides a regular income. 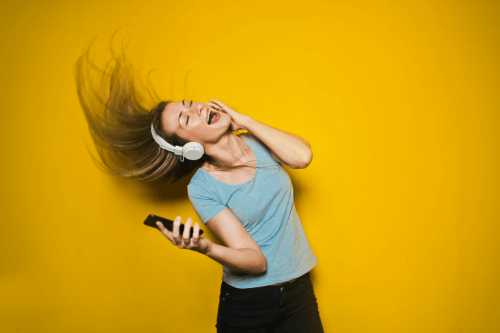 Generation Z probably have fuzzy memories of when the internet wasn’t quite as pervasive in everyday life, but many of the youngest members have never known a world without near-instantaneous information access. Boomers and older Millennials may call technology an ally now, but we young’uns were born in it, moulded by it. And if you grew up navigating it while your brain was still malleable enough to wrap around all the jargon, quite simply the world is yours now.

According to Upwork, Generation Z don’t fear the impact which technology will have on their working lives, particularly as freelancers. Three quarters of them believe that tech has made it much simpler to find leads in the first place and with peer-to-peer job sites like PeoplePerHour and Fiverr becoming all the rage, it’s hard not to agree. Equally, the advent of tech means they can move freely between co-working spaces, open offices, the Shoreditch Grind and hell, even their own bedrooms. If you could have everything you would need to have in a corporate office in six apps, then why stay shackled to a desk, no?

Plus, Gen Z are far more bullish than Millennials about the rise of automation in the workplace too, especially for freelancers, with 23% saying it will affect their ability to get jobs. Despite all that, just three in 10 Gen Z-ers currently in work (29 percent) believe they have the skills and knowledge they’ll need to thrive in a rapidly digitising world. Which brings me nicely to my last point…

We’ve been told that ‘the more you learn, the more you earn’ our entire lives. But that doesn’t just apply to university degrees, which some Millennials found out the hard way when the tech revolution came about. Instead of seeking to get a return on that ВЈ9,000-a-year investment, Gen Z freelancers try to bridge their knowledge gap with autonomous skills-based learning.

According to the 2018 Upwork report, &ZeroWidthSpace;14% more freelancers who obtained a four-year college degree said training was more relevant to the work they do now than their degree. A further 70% of full-time freelancers participated in skills training in the six months before the study compared to only 49% of full-time non-freelancers. Classes for these can be pricey, but with sites like Udemy and Skillshare offering hugely popular self-teaching materials, there’s no reason why skills shouldn’t pay the bills. 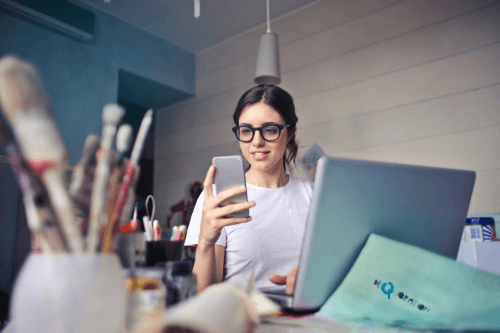 What’s more is that these days, students don’t even have to choose between study and work if they don’t want to. Freelancing while still at university is giving members of Gen Z like Jessica a well paying side-hustle which also gives them alternative way to vital employability skills which are relevant to their chosen field, while studying at the same time.

“When I was in uni I wanted to build up my experience of writing, so I began writing (unpaid) for a news platform. I think that gave me the experience to show to people that I’m a writer,” she says. “From that, I got offered a freelance content writer position from somebody that I met through LinkedIn and that gave me the foundations to start looking for freelance writing opportunities.” And that’s really the key, good work means that your commissions will come more frequently, which shows that freelancing for young people is really about creating your own opportunities.

Now, you can be sure that as companies scramble to appease these self-starting, self-earning young bosses, all these new-fangled attitudes are about to have positive knock-on effects for the world of work. So look out, Millennials. Gen Z are the freelance phenomenons of the future.