As a generation we probably spend a little too long disappearing into those lengthy, junk-food-charged Netflix binges. But let’s be honest. We can’t help it! TV’s just really, really good, and it does actually teach us an awful lot about life. Once you wipe away all the blatant product placement and cheap basic plotting that is.

As one of the most definitive sitcoms, well, ever, The Office (both UK and US versions – no matter your preference we got you covered) got to where it was because it was so freakishly true in the ways it looked at the standard office workplace. Let’s take a look at some of the sage advice we’ve gathered from the programme:

Pick your poison: both Ricky Gervais’s David Brent and Steve Carell’s Michael Scott seem like total idiots in their own right. One dances like a buffoon and considers himself a comic genius, the other makes stupid noises and spends 90% of his working life distracting his employees with hair-brained schemes.

The fact is, we’ve all had a boss we hated, had no respect for, or just simply thought was a moron. The magic The Office brings to the argument though, is that both Brent and Scott are, underneath all their offensive humour and truly lame wise-cracking, revealed to be both hard-working and business-minded individuals. When the going gets tough, they ultimately make the decisions that matter, and most of the time, they choose right.

So even though your boss might seem like the stupidest person on planet Earth, they got where they are for a reason. Chances are they do have some sense of business acumen buried deep in there somewhere.

Be kind to your co-workers 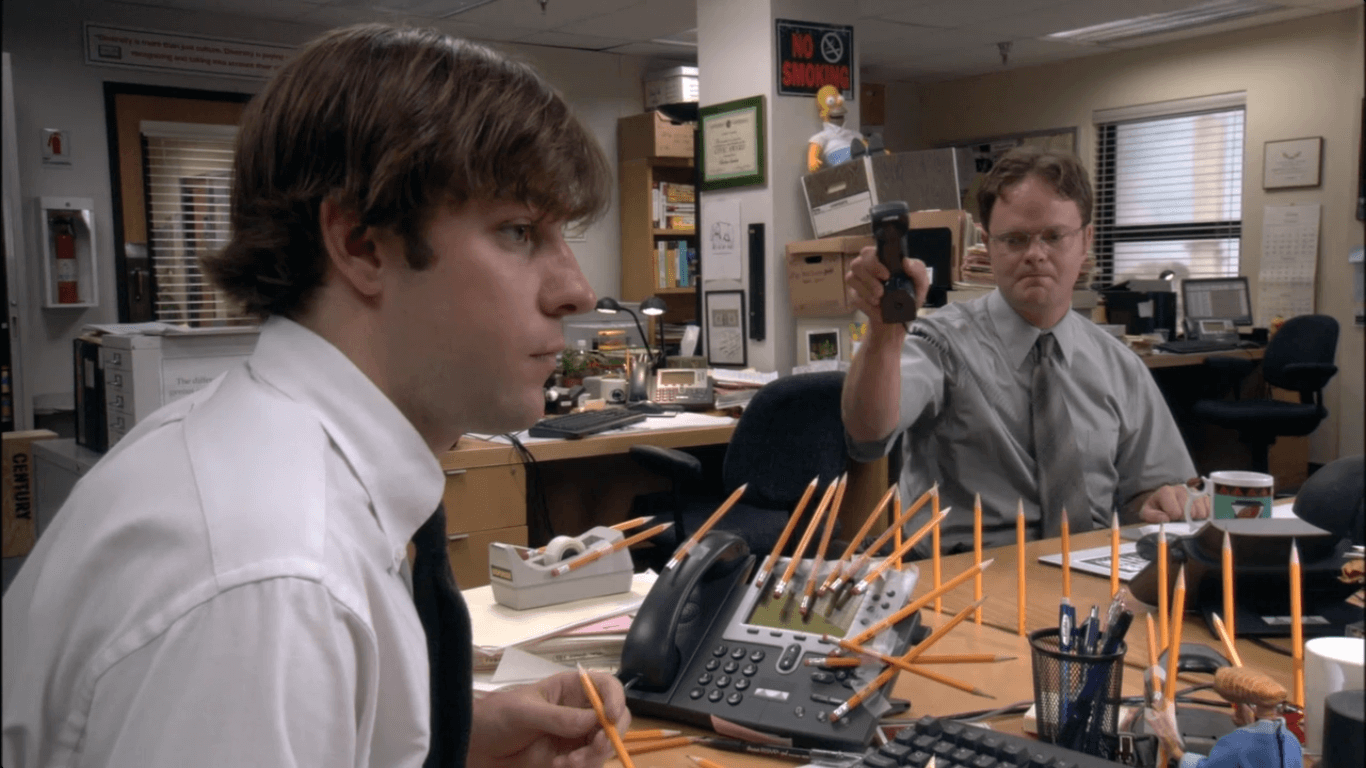 Yes, underneath there is a bit of an unspoken understanding between the two duos, but overall, they both end up making things so difficult for the other that it really isn’t worth it in the long run. Pranks are funny in moderation, but try and keep relations with your co-workers friendly, it’ll make even the tiniest of work tasks far more simple and straightforward to complete. 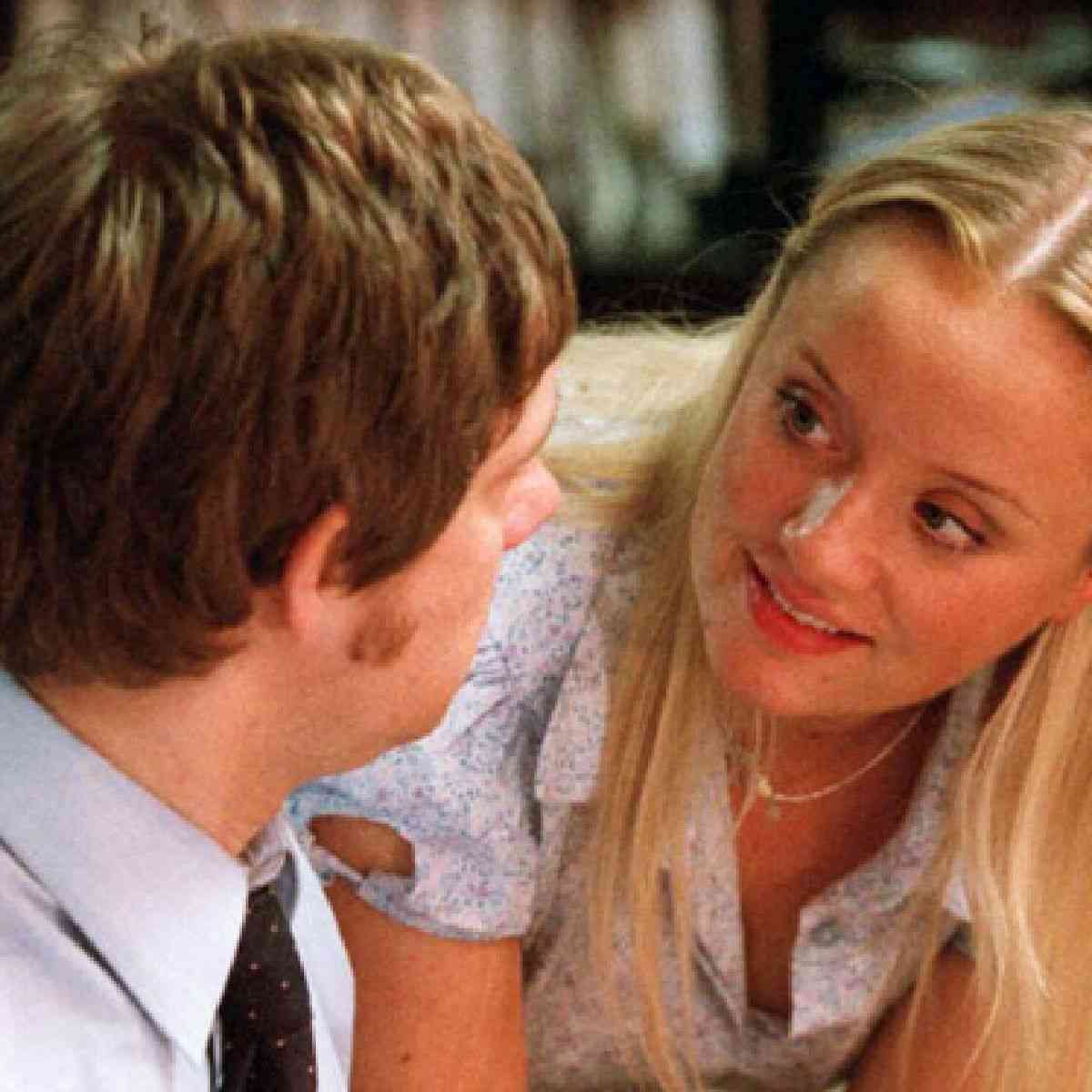 True there is a super sweet central romance that just about makes it out of each of the UK and US versions alive.  In reality, there’s also far more that don’t, and the fallout was always positively gruesome to watch.

Dwight and Angela, Karen and Jim, Tim and Rachel, Dwight and Angela again; office love affairs can go south fast and when they do, the workplace gets nearly impossible to bear. Even the research is against it, with Forbes recently noting how only 30% of office romances actually really seem to go anywhere anyway. So to borrow from another great, timelessly true sitcom, the all-American Friends: just picture yourself living in a supermarket and you’ll understand what we’re trying to get at. Or if that reference went entirely over your head: think before you embark on a serious relationship with a coworker.

A job doesn’t have to be a career

Almost every single character that works for Dunder Mifflin/Wernham Hogg across the two shows doesn’t actually want to be there. Some are too old to care. Othersprefer the safety of what they have. The point is very, very few seem to enjoy it, but as Dawn, Tim, Pam, Jim, and even David bloody Brent end up showing us over the course of however many episodes, a job doesn’t always have to be a career.

You might be working where you are to make some money in the short term. That’s OK. It doesn’t have to become your whole world, especially if you’re really not enjoying it. Keep an eye on that dream role, and don’t be afraid to still chase it, even if you are still struggling through the standard 9-5. It’ll keep you motivated and uplifted even whilst you pay your dues.

8 surprising things you should consider when applying for jobs

Knowing what to do when applying for jobs is a mystery for most. There so many thing to take into account. Here are some you may not have considered.

New job, new you. It's too bad new you is feeling totally weird and anxious about it all. Don't worry, because science says this feeling won't last forever.