Debutants prove ‘The Future is Female’ in another scintillating event

Here at Debut, we’re all for female empowerment. We’ll do anything and everything we can to make sure our female Debutants get the chance to make their career dreams a reality. We did just that at our historic Women In Tech event last year, when over 200 female Debutants descended on Debut HQ to hear from potential future employers. Then we did it again for International Women’s Day 2017, inviting young women to hear from inspirational speakers representing a range of Debut companies.

And this past Wednesday (15th November), we did it for a third time with our huge The Future is Female event.

This time the best and brightest Debutants came from far and wide to get up close and personal with senior women from some of the biggest international firms. Represented were EY, Shell and BT – a show-stealing line up for a highly important evening. 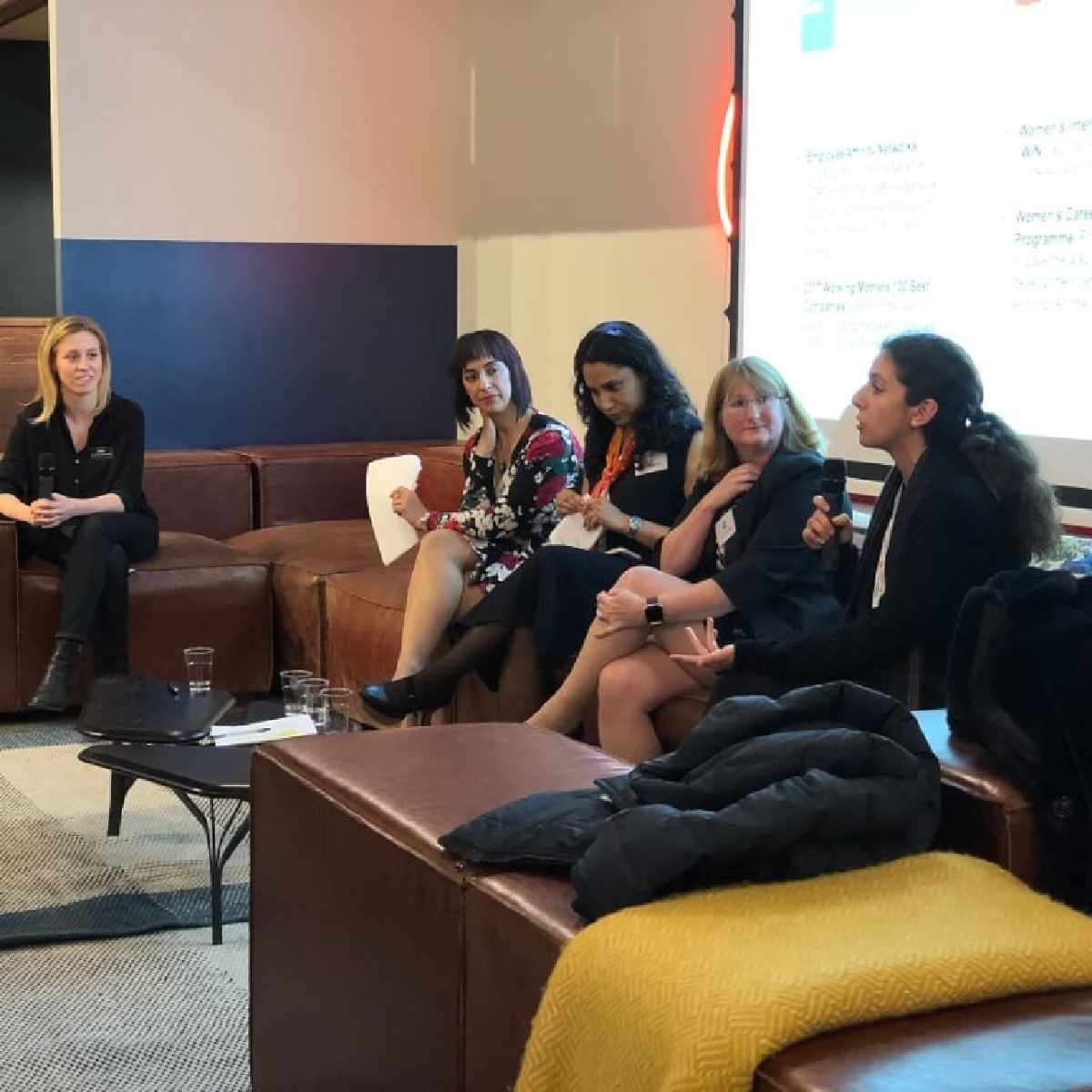 First up on the the agenda was an enriching panel discussion about the wider issue of gender equality in the world of work. The panel of experts had plenty to say about these issues, but one area struck a chord with the audience particularly – the issue of having children and continuing to work.

While all of our panel agreed that it’s a must to allow flexi-time for expectant and new parents, they also made the point that those who make the equally brave choice to not have children should make time for their passions outside of work. Just one piece of the amazing insight that was on offer throughout the evening.

The panel also discussed everyday hurdles faced by women in their careers and how they managed to overcome them. Each company had a range of initiatives to combat workplace sexism, including women’s groups and funds to help female entrepreneurs build their businesses. The panel also spoke about the importance of having mentors – whether male or female – to support them professionally and how to wave off toxic members of the workplace.

The panellists also took many thoughtful questions from the audience at this point, discussing chauvinism in the workplace and how to solve workplace conflicts constructively. 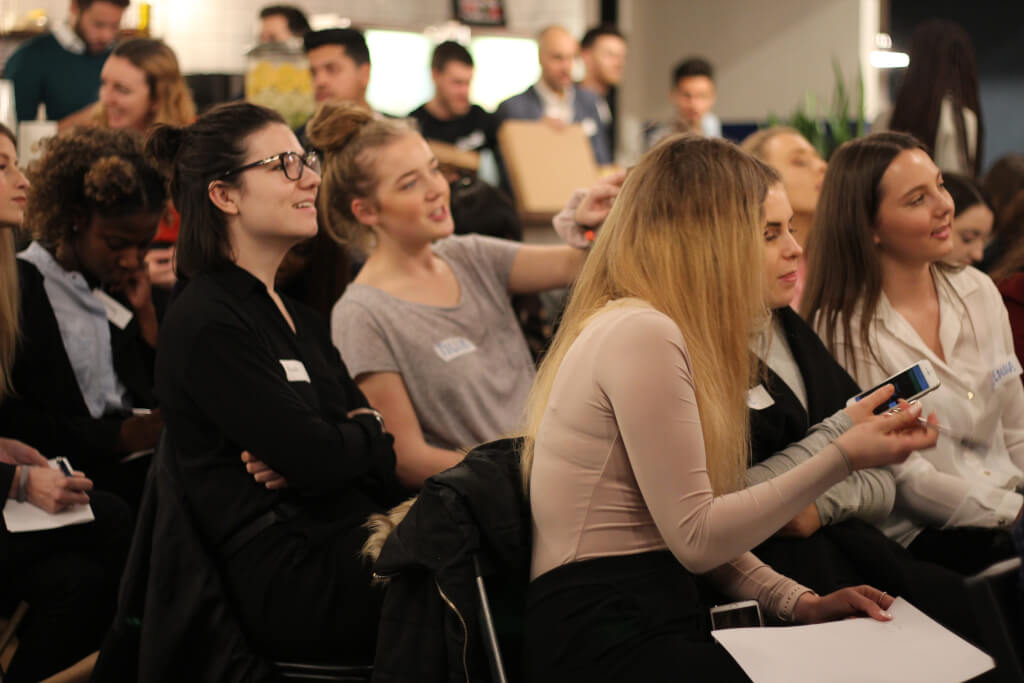 It wouldn’t be a Debut event without a little bit of friendly competition now, would it? This time, the coding challenge returned to test our young Debutant’s skills.

The challenge? To decode a secret message and unveil a hidden passphrase that would earn whoever screamed it a one-on-one with a company of their choice. Four minutes went by before we heard a cry of “Carpe Diem!” as Cat Laird won. We caught up with Cat later in the evening to find out how she had found the event: 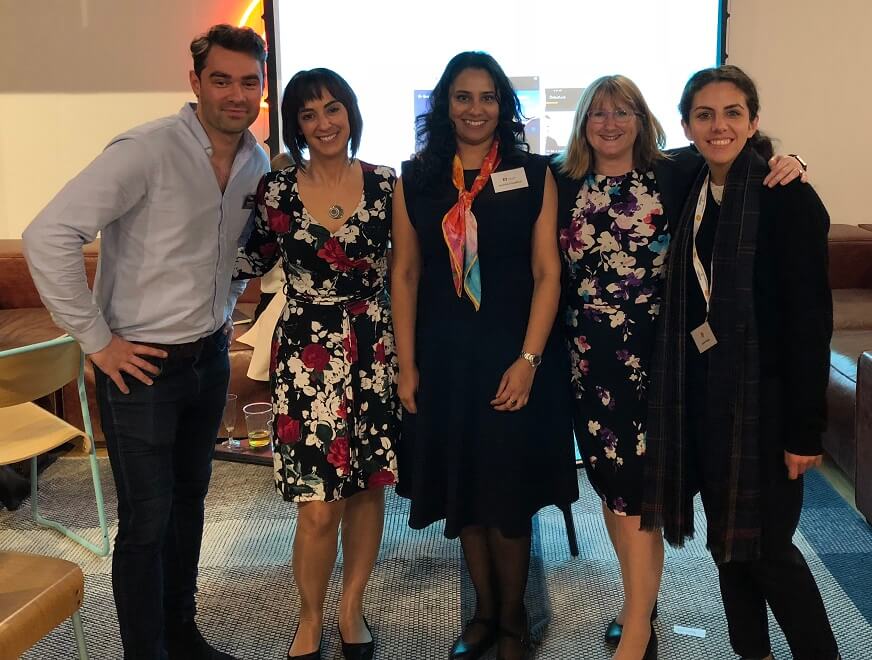 Finally, the panellists, extra recruiters and graduates employed by all four companies stuck around for networking. All around us young women were grasping the opportunity to talk to those in the know about their prospects, all eager to learn and pick the experts’ minds. This time around we switched it up and set up the networking round-table style, to allow everyone to have ample, meaningful time with our attending companies.

It seemed to go down a treat. Wine flowed, pizza was scoffed and soon it was the fun, laid-back atmosphere that Debut has become known for.

Students love our Debut events because they provide them with opportunities they wouldn’t otherwise have access to; and we love our Debut events because we get to meet the next generation of innovators, leaders and entrepreneurs. In a world that can appear quite bleak on occasion, especially in regards to gender equality and sexism, it’s so encouraging to see women support and encourage each other across generations.

It’s heartwarming, too, to see all these young women take their career destiny into their own hands. For sure we were looking at the next wave of leaders and mentors. So from Debut’s perspective, the future is bright. The future is female.

There’s such a thing as too much workplace collaboration

Is everything we've been told about workplace collaboration wrong? A new study says too much can be a bad thing for some employees.

3 peaceful ways to deal with your career envy

Once you’ve left the cosy, collaborative confines of uni to fight it out in the real world, even the least competitive individual can feel jealousy curdling in their gut.