1. Obamacare is almost definitely going to be repealed 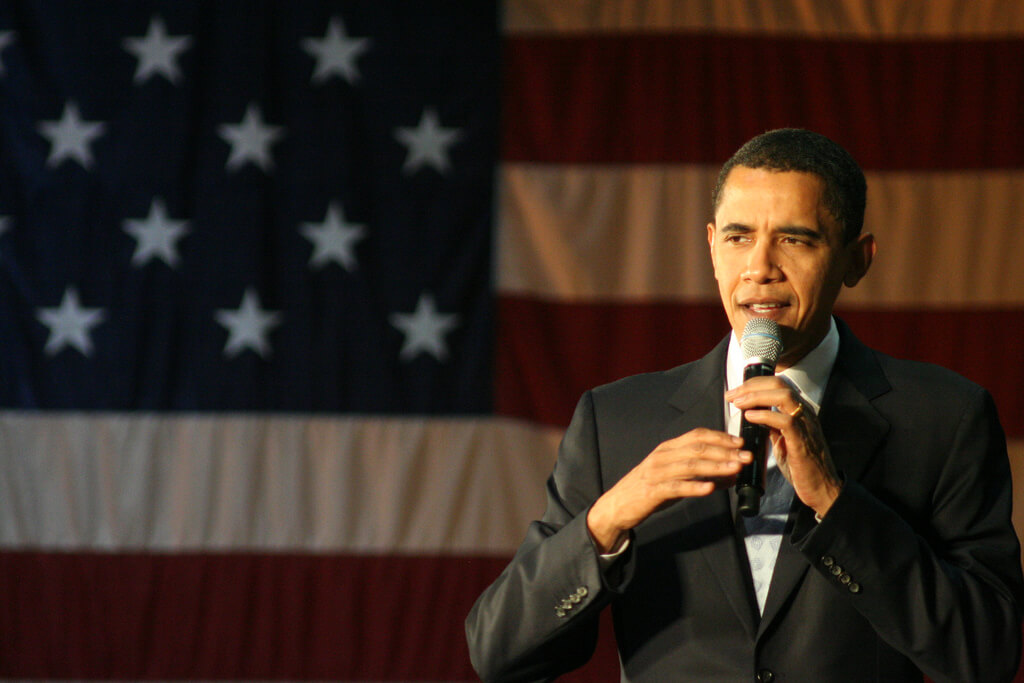 Prez Barack Obama hasn’t even stepped out the door of the White House yet, but there have already been attempts at reversing his legacy. VP elect Mike Pence has met with fellow Republicans this week to figure out how to quickly and effectively repeal the Affordable Care Act, more famously known as Obamacare.

Since 2010, the law has made it easier and cheaper for Americans to obtain health insurance. Criticism of Obamacare include the deep losses incurred by insurance providers and some fear the government now has too much control over its citizens. It’s no secret that the GOP has tried to trip Obamacare up since its enactment. However, with the imminent inauguration of President-elect Donald Trump, this reality seems inevitable.

The Act will not be easy to repeal – despite Pence stating that repealing Obamacare will be the “first order of business.” Currently, over 20 million people are signed up to insurance through the Act. Finding a replacement is going to be a doozy.

In the final days of his presidential run, Obama has been lobbying Democratic lawmakers up on Capitol Hill in order to protect the Act. Come on guys, give the guy a break. He barely has any time left in office.

is this some kind of record for largest typo pic.twitter.com/kOZ9UIp0Ig

Shakin. Our. Damn. Heads. The Washington Post Express recently published an issue highlighting the very important Women’s March on Washington happening next week. The only problem?

They’ve only gone and used the male symbol instead of the female symbol.

Let’s rewind. The traditional symbol for women so happens to be ♀. If you look at the cover above, what you’re seeing is the male symbol, ♂. Highlighting a march dedicated to championing women’s rights.

Facebook users on Washington Post Express‘s page did not mince words, commenting on the blunder with an impressive amount of righteous fury. 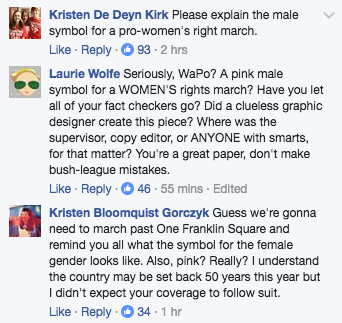 The publication has since issued an apology and an alternative cover, seen below:

This is how the cover should have looked. We apologize for the mistake. pic.twitter.com/MKKOkHPV8T

Many have expressed that this mistake probably wouldn’t have happened if they had more women in the newsroom. But that’s a whole other can o’ worms. 🙃

Is Sherlock worse for too much action? Gatiss sends his verse reaction (this is delicious) https://t.co/zSZFoWw4vw pic.twitter.com/5R44q4ZigF

Occasionally, a news story pops out and makes you question the fabric of reality. This is an example of one of those stories.

Journalist Ralph Jones penned a piece for The Guardian lamenting the slow transformation of BBC’s Sherlock into yet another James Bond clone. No big deal – everybody has their own opinion, after all. Rather than letting the review slide, however, Sherlock co-creator Mark Gatiss decided to respond.

How, you ask? The usual digital beef will involve a passive aggressive tweet or two – perhaps a 🐍 emoji or two. Mark Gatiss decided to eschew the norm and sent a poem titled ‘To an undiscerning critic‘ to the Guardian’s Letters page.

The exchange has gone viral, prompting coverage by BBC News, Vanity Fair, and the New York Times. We reached out to Jones for comment:

“Right now, as we speak, literally now, I am working on a poem in response to Mark Gatiss’ delightful correspondence. Let it be known that this will be the beginning of a lengthy and protracted battle of words which will eventually kill both of us as we hurl rhymes at each other over the top of a waterfall.”

You can take a look at Ralph Jones’ poem in response here, as published on Shortlist. (If anyone cracks the code, @ us on Twitter.)

You may have noticed it’s gotten more than a little bit nippy out there. Plummeting temperatures have resulted in black ice, frost, and now pose a threat to the most vulnerable: rough sleepers.

Mayor of London Sadiq Khan has taken action by opening emergency cold weather shelters for London’s homeless. Urging his Twitter followers to stay vigilant, he has asked for the public to report sightings of rough sleepers to homeless charity Sleeplink.

The season of giving may be over for now, but do keep an eye out. Here’s the link for Streetlink once more for good measure – we urge you to make a donation if you can.

5. The most productive countries in the world have been revealed

The new year will inevitably force us to reevaluate our working habits in an attempt to improve, develop and grow. However, the secret to being more productive may actually be… working less?

Our full report dives into this in more detail, but we can share this: Luxembourg, the world’s most productive country, has an average work week of 29 hours.

Pretty baffling? We think so.

Read More: The most productive country in the world’s secret to efficiency 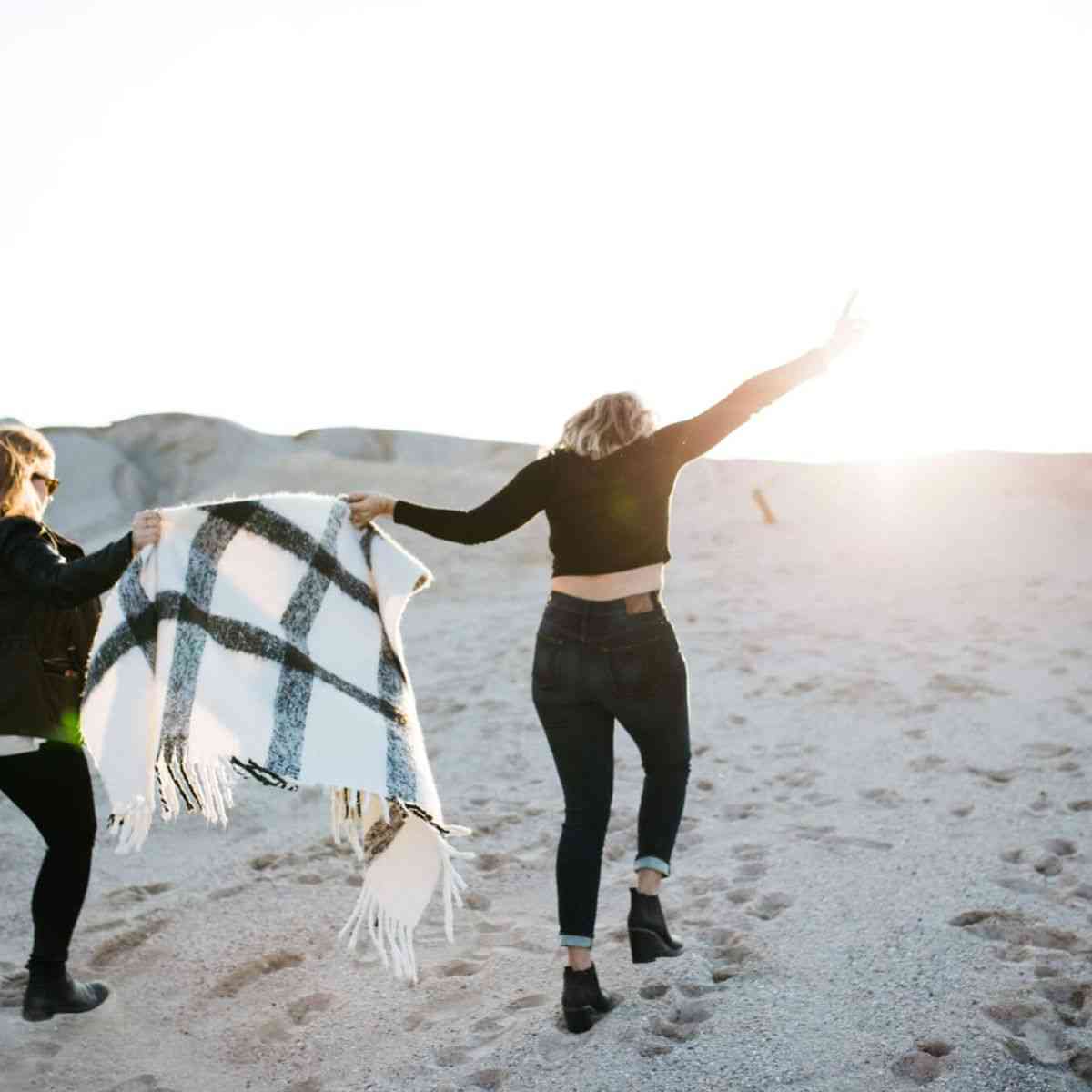 The gender pay gap is a sad, persistent reality for many women worldwide, but there may be some good news. A report by the Resolution Foundation has revealed that the gender pay gap for millennial women (defined as born between 1981 and 2000) has halved to 5%.

Don’t go celebrating just yet, however. Sam Smethers, the chief executive of the Fawcett Society commented on the findings, saying “It’s misleading to think we’ve cracked it for young women.”

The proportion of women in the workforce with degrees overtook the number men of male graduates in the mid-90s, “so if anything the pay gap should be much smaller,” she said.

“The reality is we have the best educated female labour force we have ever had. But their potential is being wasted and it isn’t translating into pay equality.”

Le sigh. Back to the drawing board then. 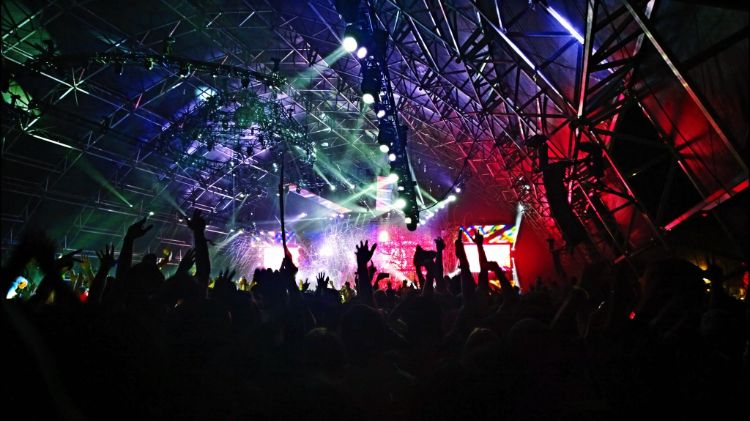 Awkward. The Coachella line-up for 2017 is particularly lit this year, but if you’ve somehow managed to score tickets, you might want to rethink your purchase.

The festival’s owner, Philip Anschutz, has reportedly contributed over $200,000 to anti-LGBTQ groups between 2010 and 2013 through the Anschutz Family Foundation. This may not come as a complete surprise to some – seeing as Anschutz was named an ‘Enemy for Equality’ by the Freedom For All Americans organisation.

Well, it’s a good thing Coachella tickets are impossible to get anyway.

8. Students claim the government’s National Student Survey is a ploy to raise fees even further

If you’ve been at uni a while, chances are you’v been prompted by your university to fill in the National Student Survey (NSS) at some point during the year. The yearly survey asks current students to rank their overall university experience, and is seen as a pivotal marketing opportunity for universities. (The better your ranking, the more attractive you look to prospective students after all.)

However, Sorana Vieru, vice president of higher education at the National Union of Students (NUS) alleges that the survey will be used by institutions to inform plans to increase the £9,000 annual fees in line with inflation.

How? Apparently data pooled from the 2016, 2017 and 2018 surveys will be used to rank universities gold, silver and bronze. Gold and silver ranked universities can add 100% of inflation, whilst bronze can add 50%.

Seeing as universities are getting more expensive by the minute, we think this is pretty shady if this happens to be true. 20 university unions have agreed to boycott the NSS survey so far, with others agreeing not to promote the “Trojan horse”.

9. Bernie Sanders brought a huge print out of a Donald Trump tweet to a debate on health care

Anyone out there still Feelin’ the Bern? This news will definitely put a smile on your face. Remember all that kerfluffle about Obamacare? On Wednesday, Senator Bernie Sanders stood up to defend the Republican plan to repeal it during a debate. He passionately stated, ““You don’t destroy a house, without having another house in which people to live. You don’t throw throw 30 million people off of health care without having a plan to provide health care to those people.”

Perhaps more importantly, he brought a GIGANTIC board of a tweet President-elect Donald Trump wrote during his campaign. We all know what happens on the Internet when you do something like that:

10. This dog is making the Internet cry happy tears

THIS LIL CUTIE WAS POSING FOR HIS OWNER IN FRONT OF THE HACHIKO STATUE IM IN TEARS pic.twitter.com/wy3oKao6ZS

We can’t even. Look at this dog. LOOK AT IT. This lovable pup was caught posing for its owner in front of the statue of Hachiko in Shibuya, Tokyo.

To make things even more aww-worthy, the Hachiko statue was actually built in honour of ‘Japan’s most loyal dog’, adopted by Professor Hidesaburo Ueno in 1924.

A toast to good doggos, all over the world. Happy weekend, everybody!

June 8th is fast approaching and your generation needs you. Here's how to vote and make sure you have your say in this important election.

Our latest column discusses the news you were too busy to read about this week. On our agenda: Theresa May, the Syrian Civil War, and a makeup tutorial you'll never forget.