Now, if you’ve got even a casual interest in the world at large, you may have heard something about an election coming up (June 8th, to be precise). If you’ve managed to register to vote before the May 22nd deadline; top work, superstar. Treat yourself to a lollipop for being so well organised. 🍭

With so many vital issues on the line in this election (let’s not get it twisted, this is about way more than Brexit), now is the time for our generation to stand up for ourselves and each other and make our voices heard. There’s tons of important things to talk about from zero-hour contracts to tuition fees, LGBT rights to the NHS.

If any of those things affect you or someone you know, you’re more interested in politics than you realise. Kingston councillor and record store owner Jon Tolley explains it better than we can.

YOU. ALREADY. ARE interested in politics. so make sure you have a say in #GE2017 https://t.co/876hwJZbcr pic.twitter.com/MCJAKhYN70

All  that being said, it’s time for us young people to express ourselves in the ballot box. It’s true, the way our democracy is set up isn’t perfect. If you’re disillusioned with party politics and you feel like your vote won’t count, you have every right. But at the same time, you should understand that the people that don’t want the status quo to change or improve are counting on you feeling that way.

In the 2015 election, more people didn’t vote for anyone than voted for the winning party.  An astonishing 246,487 young people signed up to have their say on the last day, but that’s only a job half done. It doesn’t matter what your allegiance might be. If you vote – and encourage others to do the same – we could swing this thing, boys and girls. If you don’t know where to start, let us give you the skinny.

Your guide to getting informed 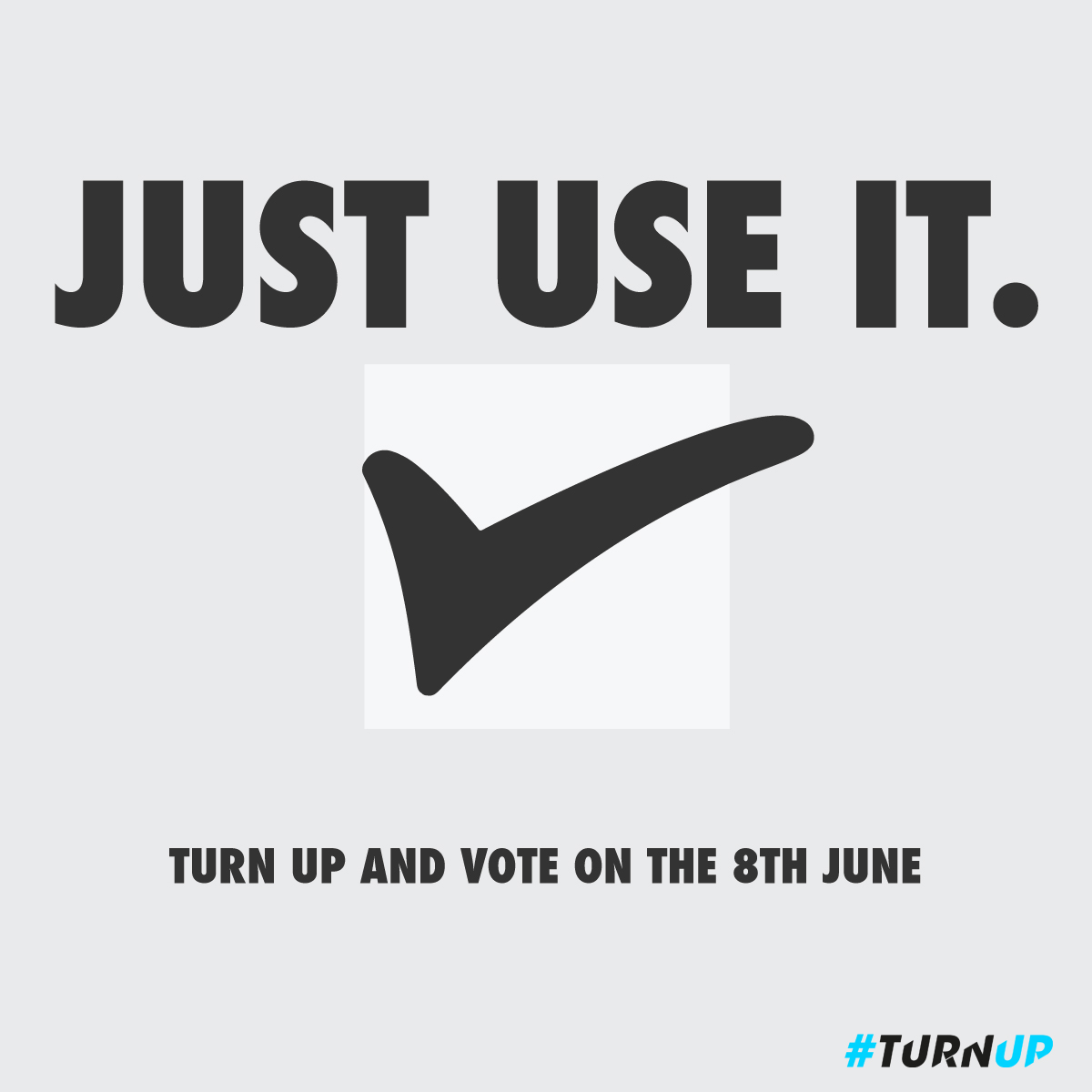 There are all kinds of neat resources out there that help you figure out how to use your vote if you’re not already sure. A lot of them will demystify the whole process too. Here are just a few:

GE2017.com – Here you’ll find a quiz where you can find out what party aligns most with your beliefs and, if you’re a student, a  calculator which tells you whether your vote will have more impact in your home constituency or university town.

ISideWith – Another tool that’ll tell you, well… who you side with, but with polls on specific issues, news and data. It’ll tell you what party is right for you without you having to risk getting tripped up by media bias.

Use Your Voice – An unbiased guide to the ins-and-outs of the political system in this country.

Tactical 2017 – We wanna make it clear that Debut isn’t endorsing or condemning anyone. But if you did want to vote tactically, this website will explain how you can do it in your constituency.

TheyWorkForYou – Punch your postcode in and it will tell you how your MP has voted in parliament, so you can see if they are truly standing up for your needs.

Bite The Ballot – A charity looking to stop political apathy among young people and make sure they get to have their say.

The Election and Human Rights by RightsInfo – Analysis of the three main parties’ manifestos (more on the way) on how they approach human rights issues for different groups of people.

The Politics Project – A hub for all things election-related, with free resources about voter registration, the political system, issues and more.

How to vote on election day

Voting on the day itself is as easy as you like. When the time comes, here’s what you need to do and need to know.

If registered you should get a polling card delivered to you door within the next two weeks. That’ll tell you where your polling station is and how long it’s open. It’s usually a school or church hall in your local area. If the address of the polling station isn’t familiar to you, make sure to seek it out prior to election day so you know what you’re doing.

IMPORTANT: Most polling stations open from 7 in the morning and open as late at 10pm, so don’t think that if you have a 9 to 5 you won’t be able to vote. Make sure to pick a time and punch it into your diary for June 8th posthaste.

There’ll be instructions on your ballot paper telling you exactly how to make your choice. It’s important that you follow these to the letter and not write anything else on your ballot or your vote may not count. There’ll be a Presiding Officer in the polling station on hand to help if you have any trouble.

3. Take photos! But not inside.

Taking a pic of your ‘I voted’ sticker or posing outside the polling station is a big yes. It reminds your pals to also do their civic duty. However, take a picture inside and you could be breaching secrecy of ballot rules.  So, you know. Don’t do that.

IMPORTANT: If you live in Northern Ireland, you’ll also need photo ID to vote in the election. Passport or driving license will do nicely. 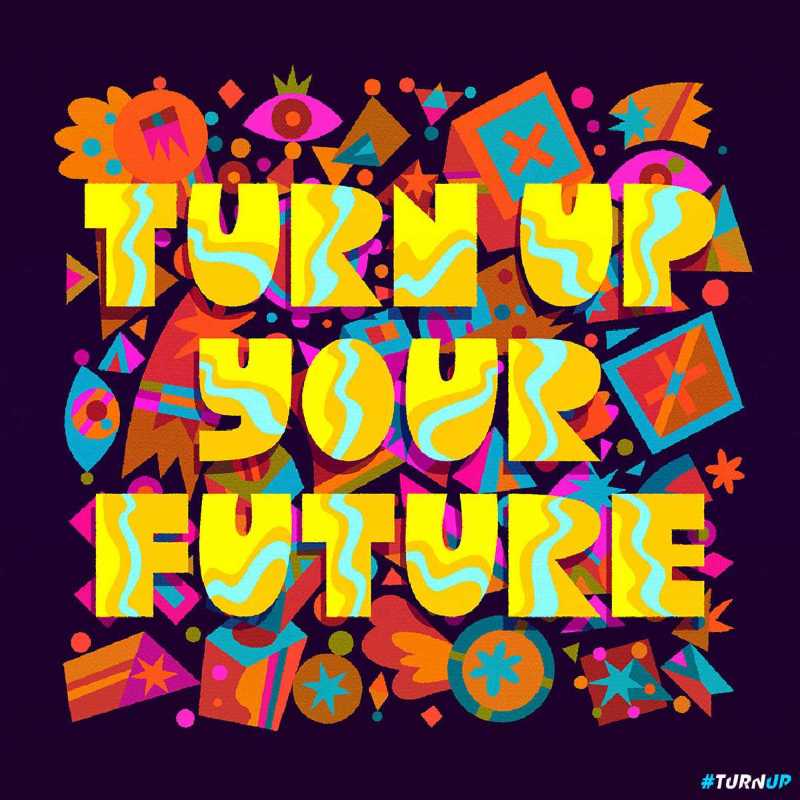 Can’t make it to a polling station to save your life? No problem. It’s too late to apply for a postal vote now, but you can still appoint a person to vote for you by proxy. Take note because there’s a different form for each different situation.

You can vote by proxy if:

You can find each of these different forms on the Your Vote Matters site.

Best of luck to everyone voting and remember to show the world that young people care about our future by turning up to vote on June 8th!

Images via Bite The Ballot and Jelly London. Love the graphics? Download and share them everywhere using the #TurnUp hashtag.

Everything you need to know to get into freelance journalism

Taking the plunge into freelance journalism is by no means easy - so here's all you need to know from experts in the industry.

How to succeed at public speaking

Are you looking to work on improving your public speaking skills? We've got everything you need to know to wow that audience.