You know what they say: “You only get one chance at a great first impression.” What better way is there to nail your chance in the spotlight than at a networking event?

No CVs. No cover letters. Just you in your freshest office-casual outfit, a glass of wine in hand, and a room full of opportunities. To some, that sounds like an amazing opportunity. To others, that’s potentially the scariest thing next to giant spiders and looking at the ground from a really, really tall building.

We run a ton of events here at Debut HQ for current students and recent graduates on the Debut app, so we’d like to think we know a thing or two about networking. Here are our official list of top tips for making a kick-ass first impression at a networking event. Don’t say we don’t  love ya now.

For example, if the conversation leads to talking about travel, why not casually mention the time you went volunteering at an elephant sanctuary in Thailand?

2. It’s all about the body language

Folded arms and resting-bitch-face begone! It’s all about the non-verbal communication baby, and if you seem at all closed off, you’re less likely to make that crucial memorable first impression.

We recommend nodding (not to often) to show when you agree with something, smiling, and standing in an open stance with your arms either at your side or on your hip.

3. Take a step back and listen 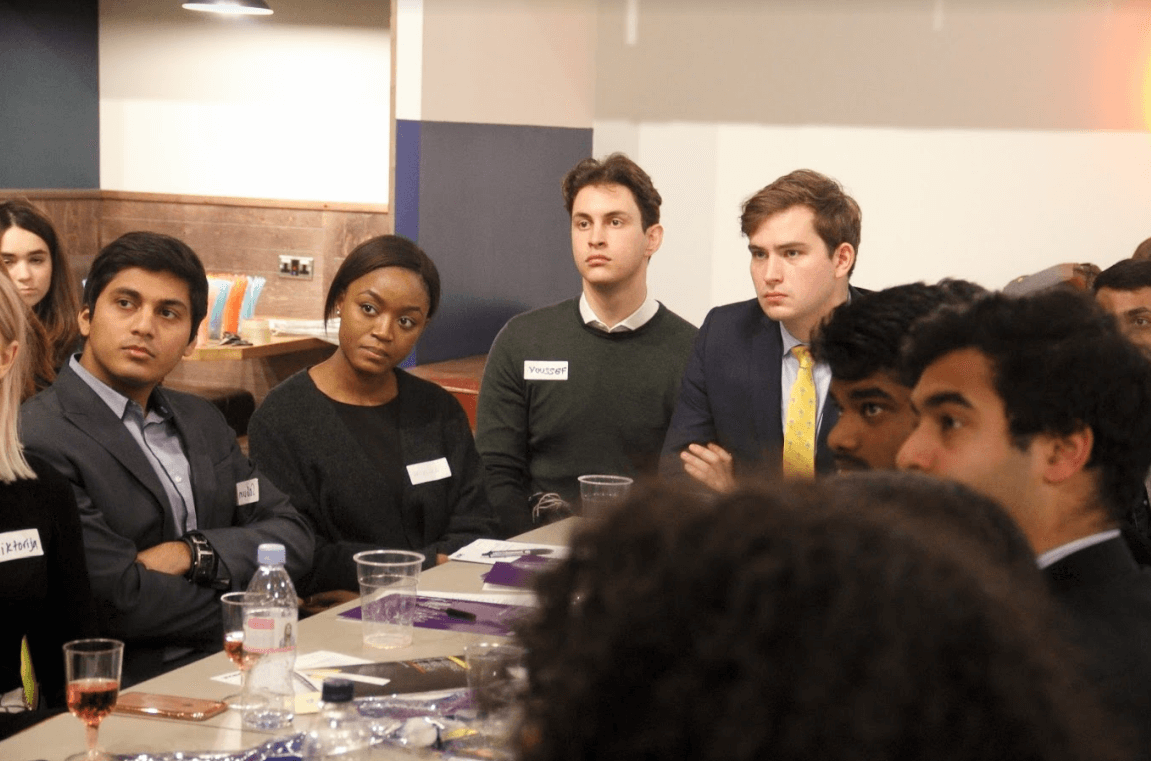 It’s hard, we know. But at large networking events (we had over 200 people here at Debut HQ the last time), it’s easy to fall into the ‘it’s all about me’ trap.

When you’re networking with recruiters in big groups, it’s sometimes good to just hang back and listen to a fellow attendee talk. Who knows, you might learn a thing or two! Observe the way the recruiter responds to your fellow attendees and adjust your conversation to suit their liking.

Read More: Debut’s ladies get in formation for our huge Women in Tech event

4. Come with a buddy

There is literally nothing worse than being stuck at a networking event by yourself. Nothing. Nada. Zilch. No one is an island, after all, and when things inevitably get awkward, you need your buddy as back-up.

Bring a friend to networking events when you can. Who else is going to tell you if you’ve got food stuck in your teeth or discreetly steer you away from a dead-end conversation?

5. Have a few conversation starters ready 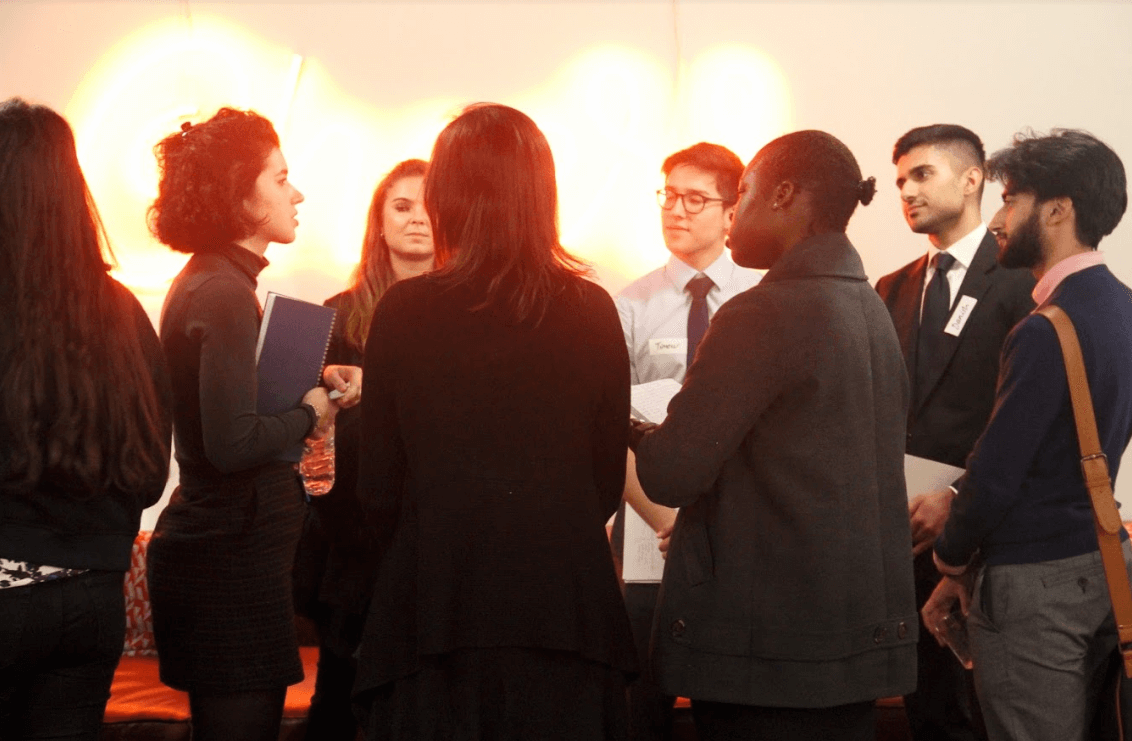 It’s always good to come prepared. Here are our favourite ones that aren’t “Hi, my name is…”

6. Know when to end a conversation 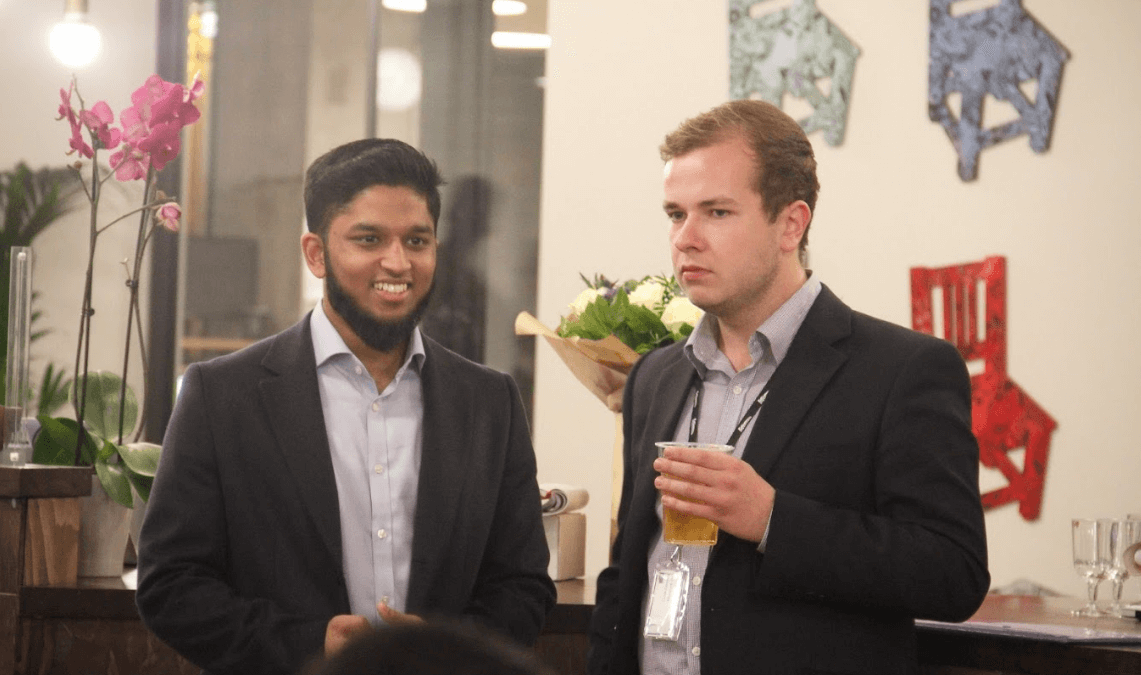 Even if you’re having a really, really good conversation with someone, it’s important to speak to as many people as organically possible during networking events. Trust us, if you think starting a conversation is hard, sometimes leaving them is an even bigger challenge.

Most of the time, it’s good to just be honest. When you come to a natural break in your conversation, just say that you’re just going to “mingle a little bit more” with others. Nobody’s going to judge you for getting yourself out there!

Read More: We got top companies to help Debutants build their future selves

7. Prepare a one-liner for yourself

Otherwise known as your ‘elevator pitch’, it’s basically your response to the dreaded question, “What do you do?”

Networking events are a perfect place to test your one-liner. Come up with a few versions, and test them out with different people. Having a strong one-liner makes you instantly more memorable.

8. It’s all about the follow-up 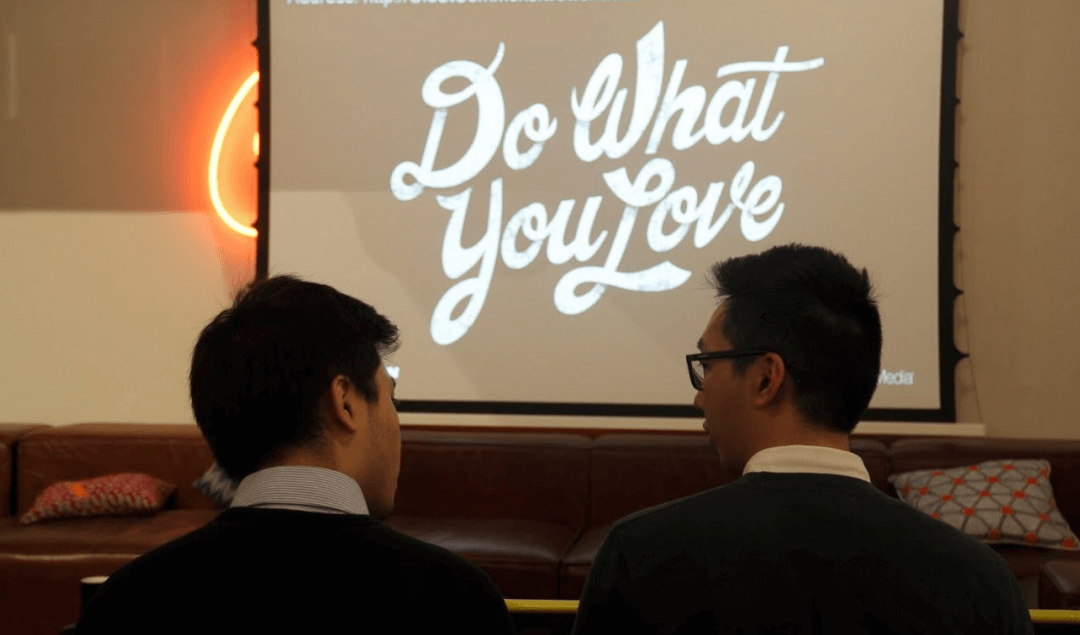 Meet anybody great at a networking event? Make sure to grab their business card/contact details/LinkedIn URL and send them a short ‘thank-you’ message the day after. It’s the little things that make the biggest differences.

Speaking of great opportunities, we’re running a really special event with our friends at O2 next Wednesday, the 14th of December called ‘The Future of Tech‘. What sets this event apart from other typical networking events is that O2 will be fast-tracking five attendees straight through to their Graduate Assessment Centre, past the initial application and interview stage (OMG!)

For more details, click on this link.  See you there!

The 10 commandments of doing an internship in London

Doing an internship in London may incur upon thee a terrible wrath if you don't heed these 10 commandments. Read this to please a vengeful God.

Three tricks that will banish unproductive meetings from your life, forever

Unproductive meetings are a rite of passage for any office worker. However, they don't need to be. These tricks will revolutionize your meetings, forever.