Since it’s Debut’s first birthday, we decided to celebrate by crunching a few fun numbers. We’ve learnt a lot, grown, had our highs and had our lows.

“It has been so gratifying seeing Debut grow,” founder and CEO Charles Taylor said. “What started out as a simple idea born out of graduate scheme application frustration has turned into a full-fledged, driven company. It has been an amazing first year, and I look forward to seeing what the next year brings.”

We are so looking forward to another year of amazing memories, but for the moment, here are our fave first year facts.

The Debut app user base has 47% of its users who identify as male, and 45% who identify as female. The rest of the users on our app (8%) either declined to declare their gender, or just preferred not to say.

Considering Tinder has just introduced 37 new gender identity options on their app, this isn’t surprising. We here at Debut are always trying to learn how to be more inclusive. If anyone has any suggestions as to how we can improve that, let us know!

Broken down, the top ten nationalities are

We’re so excited to see a truly global interest in the Debut app. Currently, all roles are UK-based only, but watch this space. Accessible graduate careers should be for everybody, after all.

3. We’ve grown Team Debut from a lean team of three to a team of 11 – and counting 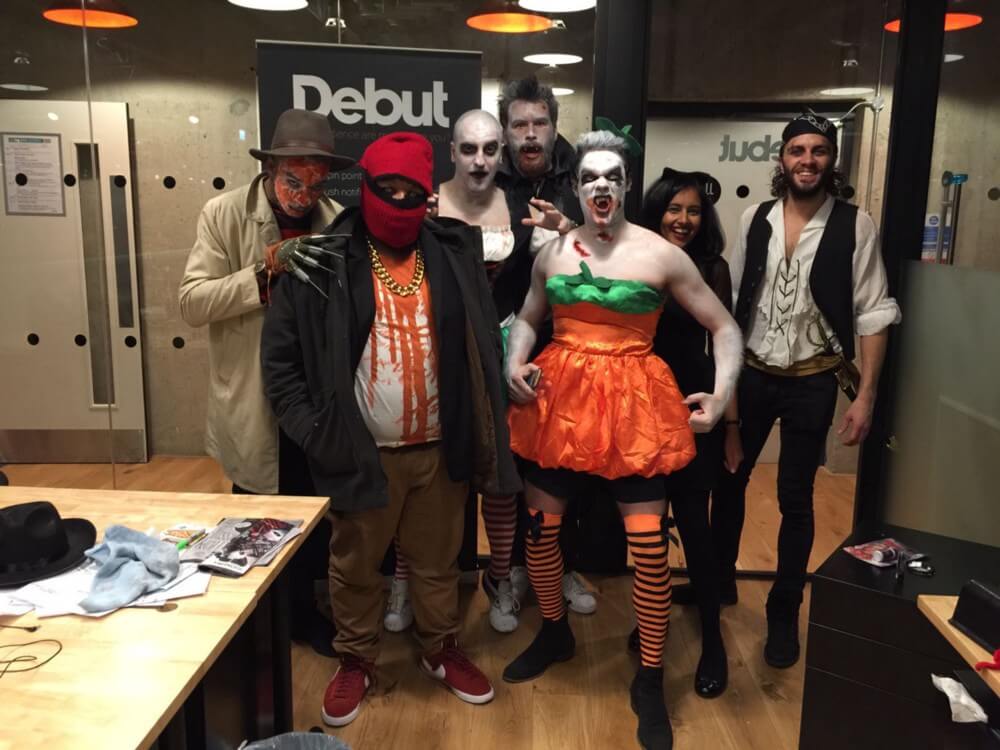 “It started out with just Charlie, our CEO and  founder, Matt, our Marketing Manager, and I in a shoe-box office,” comments COO and co-founder Michele Trusolino. “We’ve had to move offices four times in a year! A good problem to have, I think.”

The core team as it stands:

Not to mention our crack team of developers, consultants, PR managers, designers, our twelve amazing student writers and more.

4. Speaking of writers, we’ve published 93,544 words on the Debut website so far

Since we started the Debut Student Publisher Network to create the best student and graduate careers website, we’ve been hard. at. work. Considering we only started the programme in September, the majority of these words were written in the last three months.

We’ve got twelve amazing student writers who work with us on a regular basis. A huge shout-out to them, and if you want to follow them on Twitter, here’s where to find them.

You may have heard of some of them: Microsoft, L’Oreal, Bloomberg, Vodafone, Arcadia, Siemens, Fujitsu… the list goes ever on.

We couldn’t be more grateful for the leaps of faith our employers have taken with us so far. We’re looking forward to doubling, tripling, quadrupling the number of companies we work with next year.

6. Users have spent over 1,332 hours playing games on the Debut app

This year we launched two games on our app in conjuction with Deutsche Bank and L’Oreal: Agile Minds (currently live!) and The Seeker. Users have collectively spent nearly two months of time on our games – some even winning internships when they get to the top of the leaderboard.

7. We recognise 616 educational institutions on our app

9. The most requested job roles from our users are actually art and design jobs

This is something we’re absolutely looking into expanding in our second year, and we love how diverse our users are when it comes to their dream job.

10. Despite investing in his own table tennis paddle, our COO Michele has come dead last in both table tennis leagues we’ve held

Ah, poor Michele. We don’t think he ever learns. See above GIF for one of his attempts.

It’s been a truly fabulous year of connecting students and graduates to their dream career opportunities. Happy first birthday, Debut. Here’s to many, many more!

Money saving expert Martin Lewis says getting a Lifetime ISA can help get young people on the property ladder. But what is it? Let us explain.

Covid 19: Advice for students looking for internships or graduate roles

The world is a very different place to the one we were living in two weeks ago. Alongside the worry about family and friends, we know a lot of students are also worrying about what happens next in relation to finding a role. To put this in perspective, employers are also concerned and are working […]