We got top companies to help Debutants build their future selves

Ah, the morning after. This is usually about the time you start going over the mistakes from the night before. But there were no mistakes from yesterday evening (30th November). The only buzz came from seeing CH2M, Laing O’Rourke, Network Rail, Newton Europe and Shell team up with Debut to put on a scintillating information evening for young engineering hopefuls.

The theme of yesterday’s event centered around ‘The Future You’. We invited Debut users at different stages of education to interact with these amazing employers to get them thinking about where their future career paths might go.

Naturally, they jumped at the chance, some with not a second to lose before they started in the big wide world.

“I have absolutely no idea what I want to do after my studies”, 2nd year Luke said, “Hopefully, this evening will give me a better idea.” 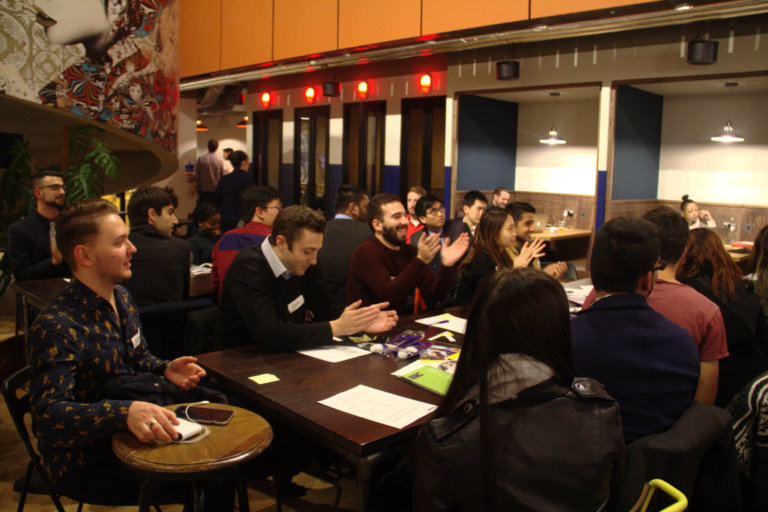 Nights at the roundtable

After 2 minute introductions from our company delegates, the group broke up into five tables and each was assigned an employer. Then, each employer and group of Debutants had a 15 minute roundtable discussion, with the students and grads getting the chance to ask their burning questions. 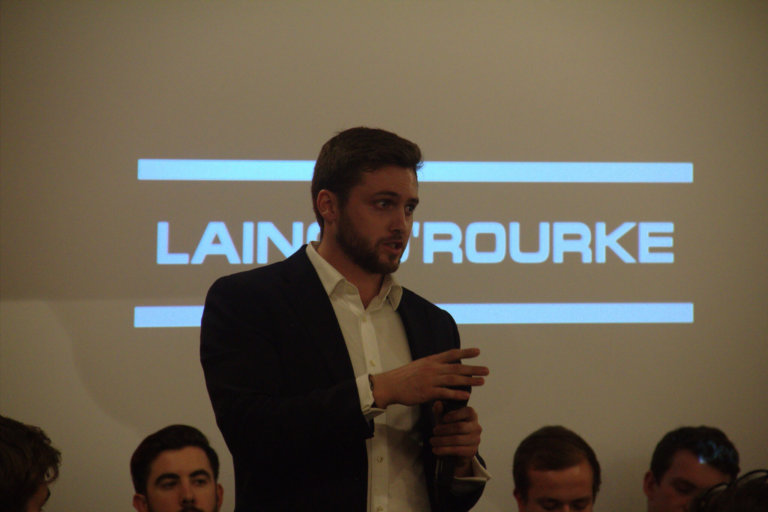 It was a beautiful thing seeing engaged young people confer with the companies they dreamt of working for. And it would seem they learnt a lot. “I got a really good idea of what I’m suited for and not suited for”, said Miracle, a Material Science and Engineering student from Queen Mary. “And job opportunities I never would have learnt about otherwise.” 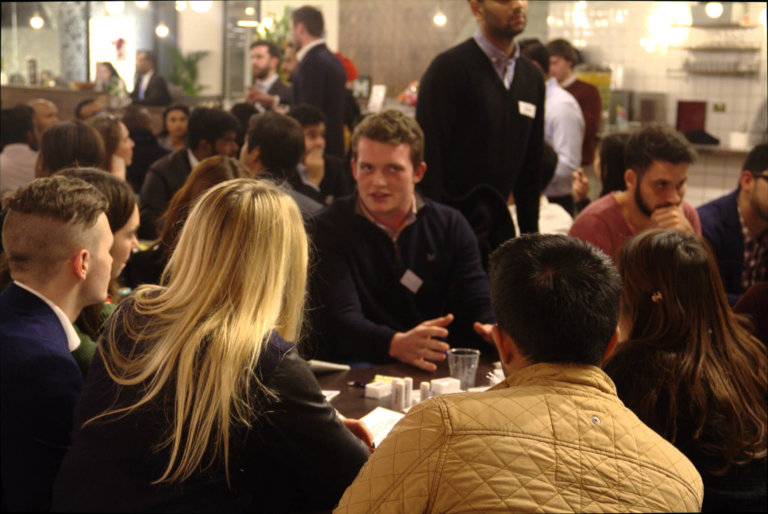 Tonight’s challenge? Probably not one our Debutants expected. Given nothing but some tape, scissors, newspaper and a cup full of straws each, they were told to build a self-supporting structure. The best one, it was revealed, would win a one-on-one meeting with an employer of their choice. Basically, think arts-and-craft time at school with much, much higher stakes. 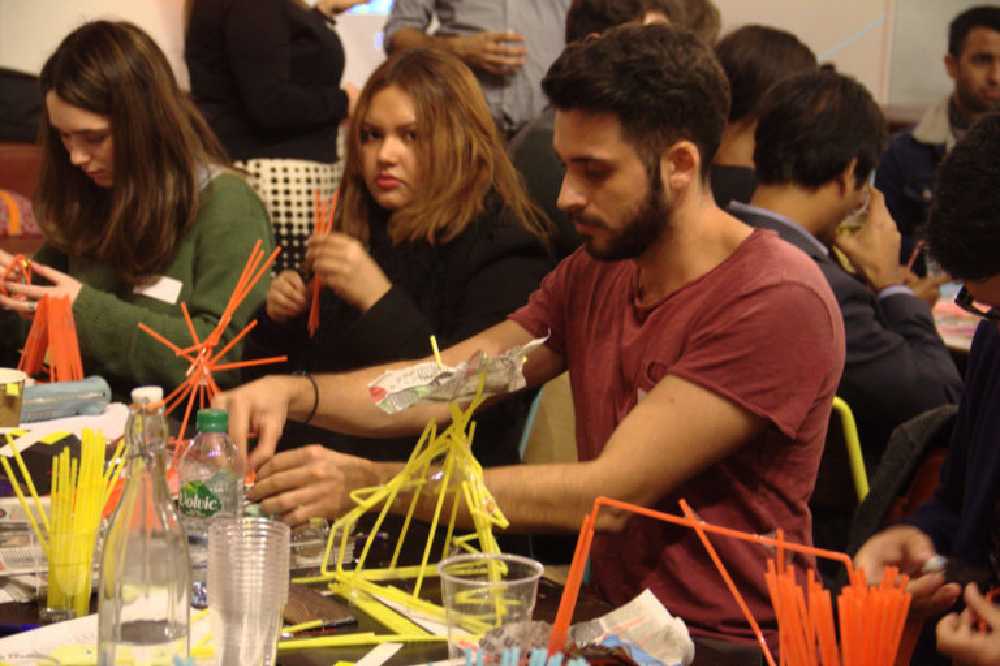 This is the kind of fun, but focused challenge we love doing at Debut events. Judging by these reactions, our candidates seems to love them too. 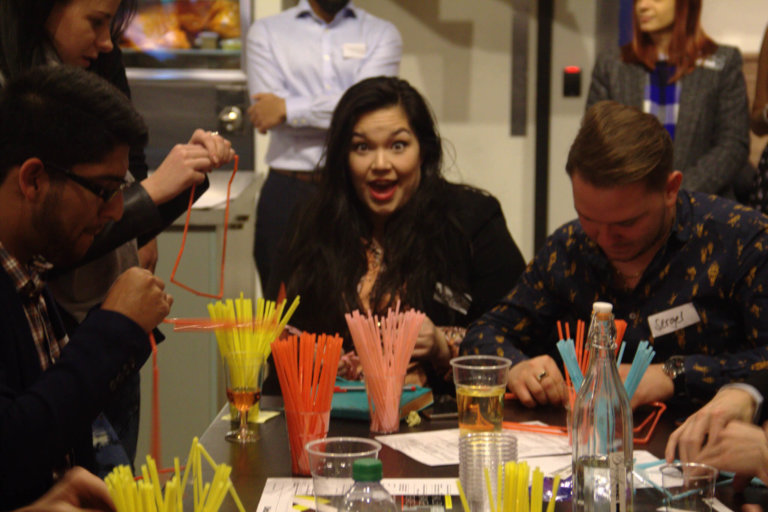 After 15 mins, our company delegates picked out five semi-finalists before casting votes for an overall winner, Viktorija! 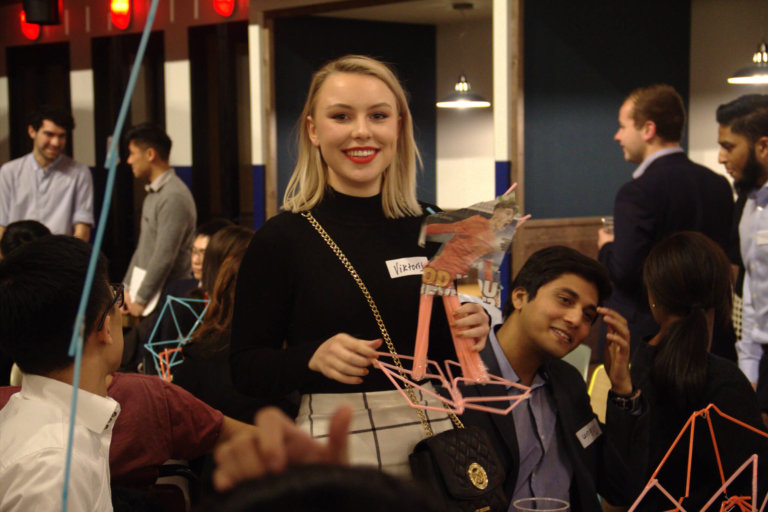 For her inspired straw-built shrine to Justin Bieber, Viktorija won an intimate one-on-one conversation with any employer of her choosing. Here she is looking cosy with Claire from Newton. Don’t they look like they’re having fun? 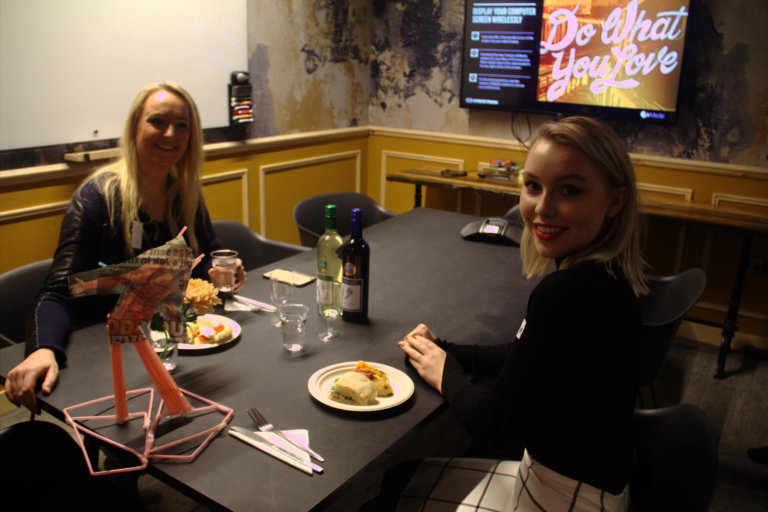 Here’s to the future 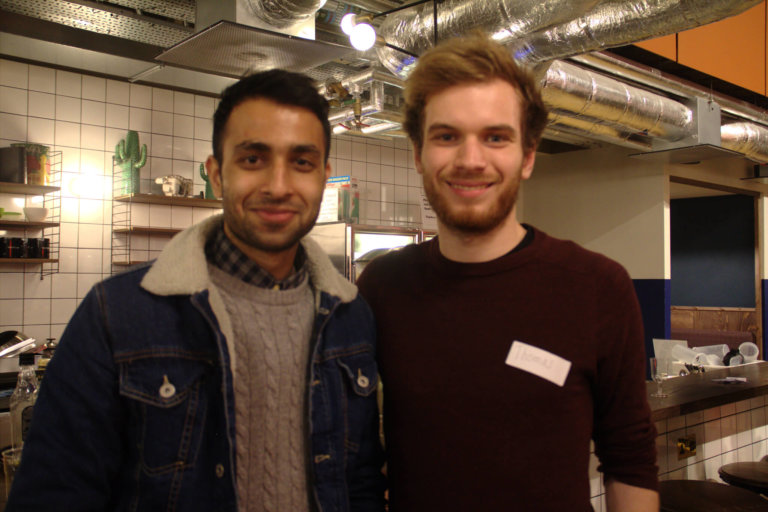 Food, drinks and conversation were the order for the rest of the evening. Debutants rubbed shoulders with company recruiters in a chilled setting over drinks and nibbles. “It’s been a great evening, nothing like I expected,” said Thomas, a MechEng graduate who’s been using Debut for two months. “But after meeting with some employers I feel a lot more confident about what’s ahead of me.”

We at Debut have a lot of confidence in these young, creative thinkers – and in YOU, Insight blog reader! If you get a Talent Spot to the next Debut event, you should definitely come along. It just might be the beginning of the Future You.

Debut’s ‘The Future You’ event gets crafty

Juergen Maier: ‘How I’m running one of the most disruptive companies in the world.’ | DebutLive

Having been at the forefront of the engineering and technology services sectors for more than 170 years, Siemens is a company not to be ignored.

An introduction to the WPP Health Fellowship | DebutLive

The WPP Health Fellowship is a brand new scheme by WPP Group. DebutLive viewers were treated to some exclusive insights on how to apply.