Gender pay gap will not close for a generation, says study

It’s always a tad disheartening to see #genderpaygap trending on Twitter. It’s rarely good news. Sure enough, a new report from PwC has revealed that the gender pay gap will not be closed until 2041 in the current conditions. To put that in context, not until all the children born this year are older than I am.

According to PwC’s Women in Work index, working conditions for women have been steadily improving since 2000. In spite of this, the gender pay gap continues to affect women of different age, class, race and sexuality to varying degrees. The report concludes that it is unlikely that the gap will be completely closed within two decades. 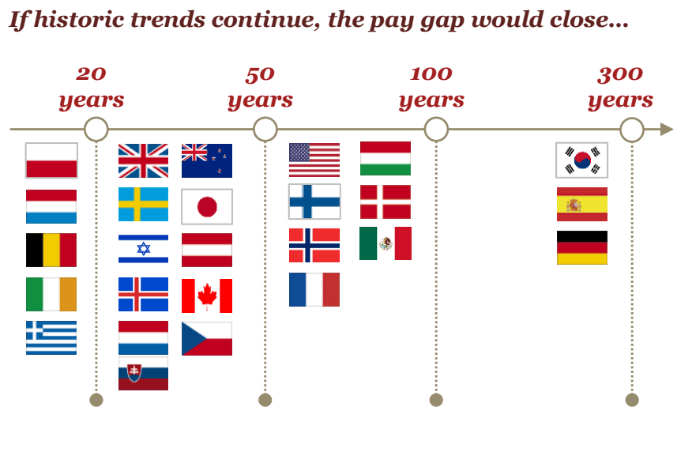 With that revelation, people all over the country are wondering why we can’t close the gap sooner.

Not least of these is the Women and Equalities Commission, who this week had scathing remarks for a government who have yet to act on their research.

The commission found in 2016 that just 8.7% of jobs paying £20,000 or more allowed for flexible working hours. This key employment tenet is absolutely vital to anyone with caring duties, still statistically more likely to be women.

Many groups and individuals called for businesses to do more in this area when news of PwC’s study broke.

It’s unfortunate that while the situation is improving, the gender pay gap remains low on the priority list for the government and most businesses.

As Josie Cox astutely wrote in the Independent, equal pay is not just a ‘women’s issue’. Men deny themselves countless benefits, such as paternity leave, when they don’t acknowledge the need for change. Let’s hope we can all work together and bring about that change for this generation, not just for the next one.

Images via City AM and Pexels

Did you ever stop to think that you can have a great career away from London? Here's why you should get a graduate job in Birmingham.

The 10/10/10 rule looks at your emotions in three different time frames to help you make those pesky tough decisions. Read on for how it works.