Don’t call me a Millennial: Why companies need to bin the overused term

Introducing the latest in a long line of overused words that make me want to throw an avocado through my iPhone screen. YOLO, bae and woke, meet Millennial.

Millennial is a term that is used to describe literally everyone born over a 20-year period from 1980-2000, and is most often used to blame them for eating too much hummus, spending too much time on social media and unleashing the powerful dark force of memes onto the internet.

The term Millennial has been doing the rounds for quite a few years now, but it’s only recently that a backlash has brewed. Sick of being stereotyped as lazy, technology dependent parent-scroungers, those who use the term are starting to be called out for it. Just a few weeks ago, when Tea House Theatre published a patronising job description beginning ‘Dear Millennials’, there was immediate outrage over the issue. Far from attracting more people to apply for the role, all the venue achieved was giving themselves a bad name among young people, and portraying themselves as a condescending unsupportive employer.

So how do employers avoid the pitfalls of mistaken millennialism? How can they better engage with the younger generation when trying to recruit our skills?

According to the general consensus, millennials are addicted to their smartphones. They share their entire lives on social media and take pictures of their food before they eat it. Well, I hate to break it to ya, but if that’s the case we’re all millennials.

The term millennial is more of an accurate description of what it’s like living in 2017 (for everyone), rather than the characteristics of a specific generation. If you think those under the age of 35 are the only ones addicted to technology you’re deluded. I’ve sat across the table from my parents in restaurants tapping my fingers while waiting patiently for them to ‘check us in on Facebook’. I’ve seen them whip out their iPhones to film gigs and ask for the wifi password less than five minutes after entering a new building.

I’m not trying to pretend that I don’t do the same. But what I’m saying is that the characteristics that are often ascribed as exclusively millennial can actually describe all of us, regardless of age. And there are some people who fit into the millennial age category who don’t fit the stereotype. Basically, millennials don’t exist. According to our friend Brenda’s newsletter on all things millennial, they’re completely mythical. Like unicorns. But with selfie sticks.

This is why we can’t have nice things 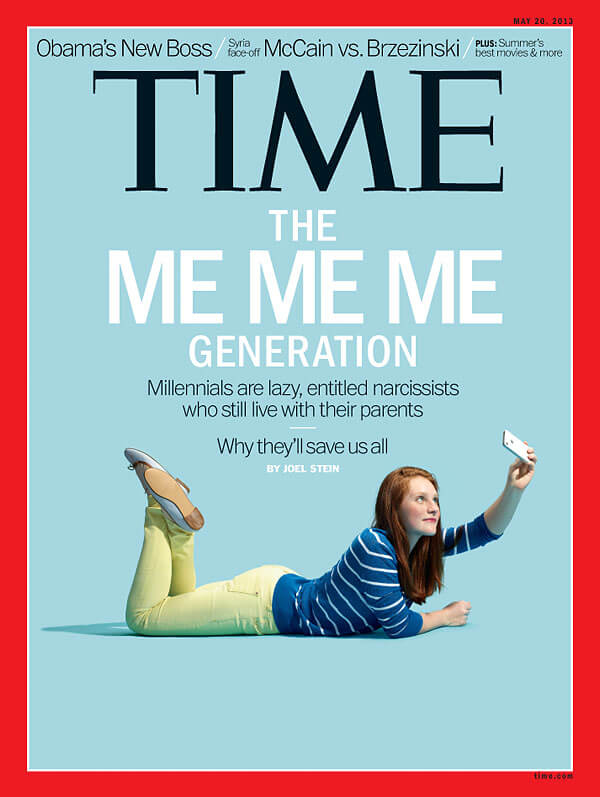 No matter what the original definition of the term millennial once was, it has been dragged through the mud by the media. Way back in 2012, Time magazine splashed ‘The Me Me Me Generation’ on its front cover, and now this ridiculing article about millennials seeing themselves as ‘grown up’ for doing laundry by themselves is typical of the kind of coverage the term gets.

When people call out a company for using the term, it’s not the word itself they’re offended by but everything that has become associated with it. People think millennial and they think lazy, narcissistic and entitled, even if that’s not what the authors who coined the term intended. If you’re looking for some synonyms, why not try young people, graduates, students, young adults, twenty-somethings, or just whoever it is you’re actually talking about. It’ll probably help to avoid those sweeping generalisations I mentioned too.

Stop trying to be cool 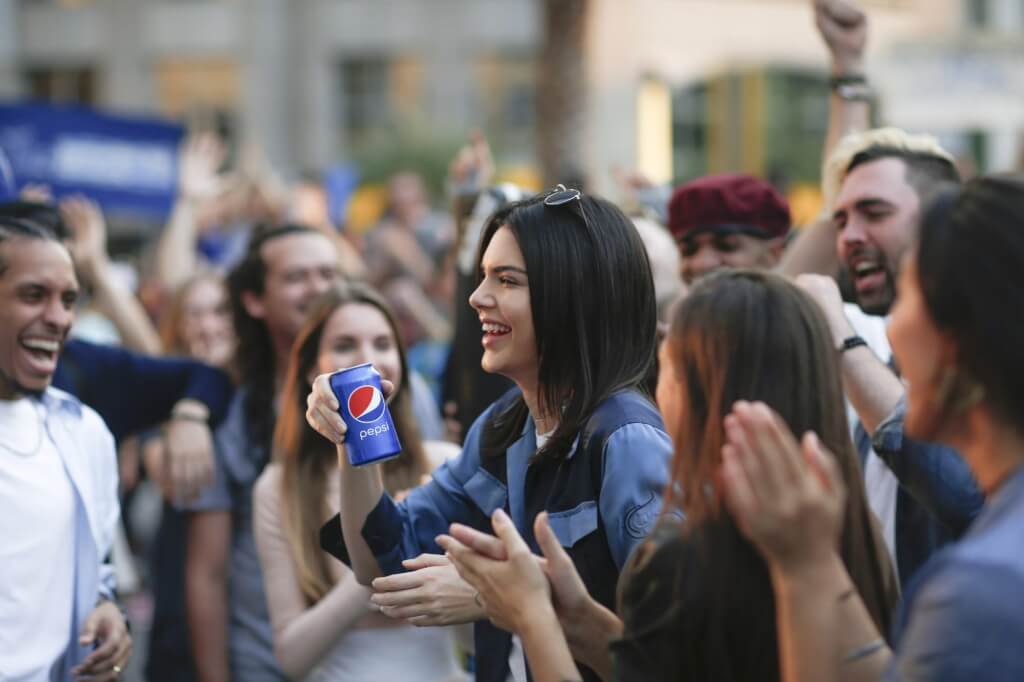 Companies and brands that try too hard to appeal to a ‘millennial’ audience normally end up getting it completely wrong. Who could forget Pepsi’s ill-fated attempt to appeal to the millennial inclination for political campaigning? Sanitising and trivialising very real political events such as the Black Lives Matter movement, turning it into a High School Musical-esque charade of peace and unity I think was probably one of the worst advertising disasters of the decade.

And remember that time Marriott decided to remove desks from all its hotel rooms, in the belief that millennials preferred working on surfaces that don’t involve the traditional desk and chair combination? Because obviously universities are now filled with rows of beanbags and floor cushions.

The lesson? Stop trying to appeal to this arbitrary set of millennial characteristics that DON’T ACTUALLY EXIST. It always ends in disaster.

Don’t just take my word for it

I could sit here and rant for a year about my distaste for ‘millennialism’, but I’m certainly not the only one who feels this way. Thousands of young people across the country are silently resenting  being stereotyped, and will turn away from the companies who invest too much in this millennial mindset.

Yes, we may have all been born in a certain period of time, and grown up in a different environment to our parents and grandparents, but that doesn’t mean we’re all the same, and young people are starting to resent having their individualism taken away from them. If companies want to appeal to young people, the last thing they should do is refer to them as millennials.

I hate it! It’s a horrendous generalisation, and it seems to have developed to have so many negative connotations, many of which are unfair

I can’t stand it, it boxes people and creates a stigma. People have these connotations that simply aren’t true or apply to everyone.

It’s all about respect

Unless you want to ruin your reputation in a Teahouse Theatre style PR disaster, companies need to learn how to treat young people with respect. And not that condescending, ‘I remember the days when we used typewriters’ kind of respect. A genuine mutual respect and understanding that young people are living in the exact same world as everyone else.

The fact is, companies need the skills and fresh insight that the younger generation provide. But young people are increasingly starting to snub companies that use terms like millennials and turn towards forward-thinking, progressive organisations that are more welcoming and supportive. Sick of being generalised and accused of killing literally anything (I mean literally everything from napkins to sex), young people are resisting the stereotype and shunning companies that buy into it. If employers want to maintain a good reputation among young people, it’s about time they dumped the word.

How to keep your career dreams alive

We can get knocked back from our ambitions, but it's important to keep aiming for those professional goals. Learn how to keep your career dreams alive.

Not got your costume ready for Halloween? Never fear. Here are the top 5 looks that you can create, even if you have little time to spare.