When you hear the phrase “job interview” it isn’t unusual to feel a sense of dread. Job interviews are not something people usually look forward to. However, it is a crucial part of the job application process, so we at Debut felt it was important to demystify the interview, and see what they’re like today. We hosted a #DebutTalk Twitter Chat (more about that here) titled ‘Modern Interviews’ aiming to answer any and all questions about this topic.

Without further ado, here are some of our favourite responses from the #DebutTalk Modern Interviews Twitter Chat.

Q1: How do you usually prepare for a job interview? 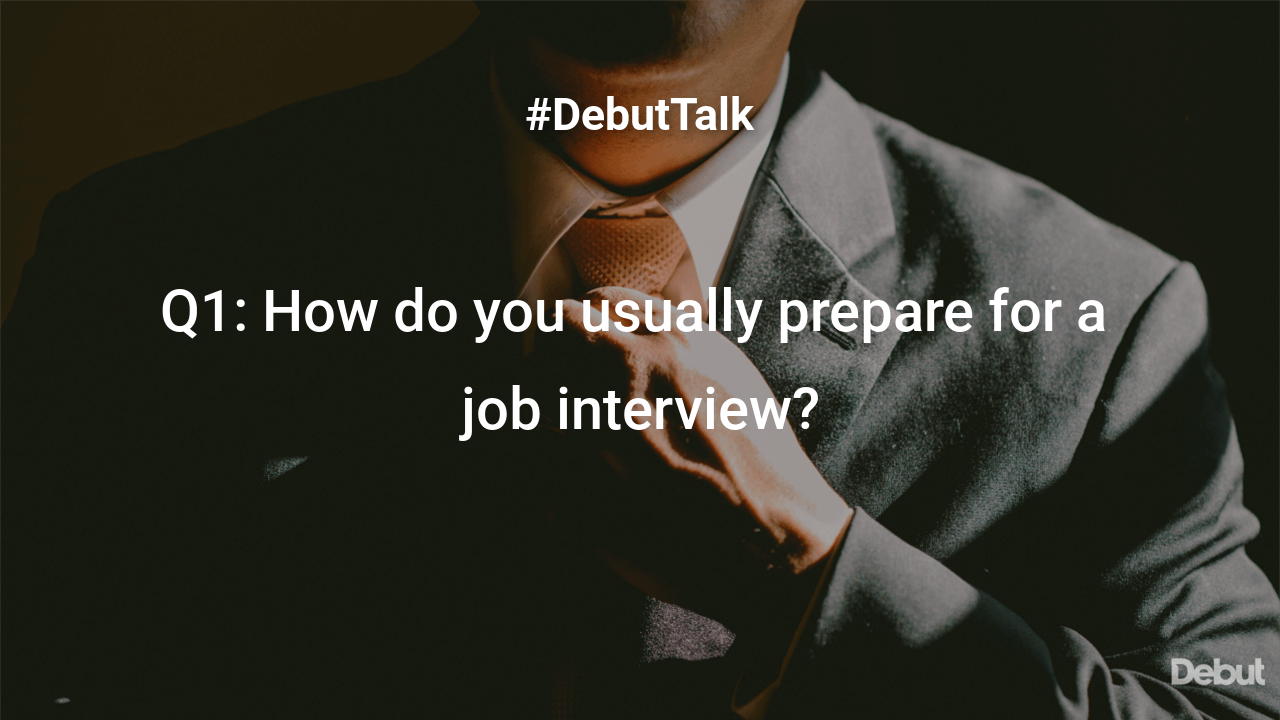 A1: Print out the job descrip, make a ton of notes, Google the heck out of the company, and have a practice interview with a pal #DebutTalk https://t.co/urkGjaOH6V

A1: To follow up, the practice interview really helps to ground me and calm my nerves. #DebutTalk

A1: Google up on the position and the person interviewing. Make sure outfit is fly. #DebutTalk https://t.co/E9Lnd0ZRI3

A1: A lot of research on the company and the people I am going to meet. I found useful to watch videos on YouTube too. #DebutTalk https://t.co/Uk8ukFpwMr

@DebutCareers It’s all about notes. If you research the company & industry but become uninterested, do you really want the job? #DebutTalk

Q2: What changes, if any, have you made to your social media presence for the sake of looking ‘more employable?

A2: Where do I begin? I’ve done a huge Facebook cull, tweaked privacy settings, and I am more aware of my tone of voice #DebutTalk https://t.co/FctMslQ4MM

A2: I’ve not changed much about what I write, but I’ve started to use twitter as a way to follow cool journalists and connect #DebutTalk https://t.co/K0443zuIAf

Q3: What is the craziest/most out-of-the-box thing you or someone you know has done in a job interview? 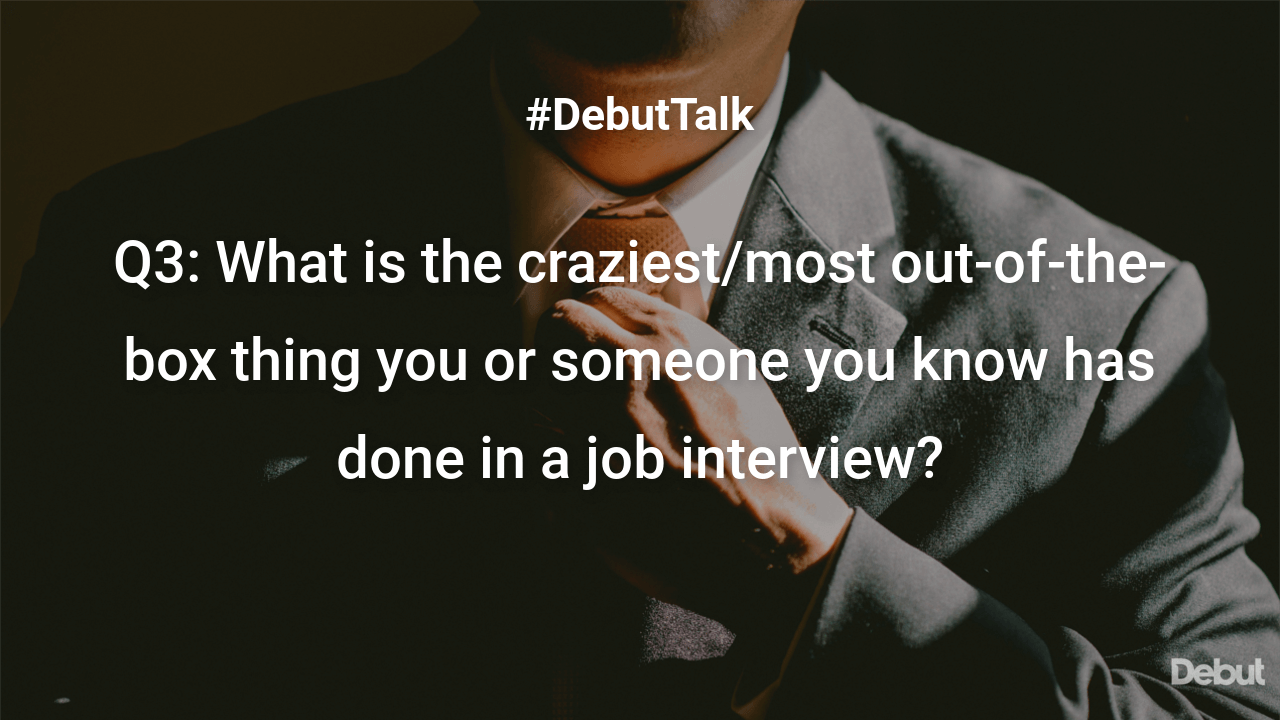 @DebutCareers A3 For my first job I had to rip some toilet roll off a roll! For each square I had to share something about me! 🚽 #DebutTalk

A3: I vaguely remember someone at uni sending an entire DOOR to Channel 4. Like, ‘get through the door’ style. #DebutTalk https://t.co/9ILhfLX0Fz

A3: Not a job, but I talked about pies way too much in an interview for my Creative Writing degree at uni (got a place though) #DebutTalk https://t.co/qxKql9GPX3

@DebutCareers went to a Microsoft interview with my Apple Watch, iPhone, iPad. My presentation was on my MacBook. Got the job the next day. pic.twitter.com/B9Ttpsk1VY

Q4: Let’s talk about appearance. How important is it for job interviews? What would/wouldn’t you wear?

#DebutTalk A4: I would always dress up! Better to be overdressed than under-dressed. But also wear something I feel confident in! 👗 https://t.co/DeSc9Ez3Su

A4. This should def. factor in to your research. Peep the company culture BEFORE you get there for sure #DebutTalk https://t.co/sHm9KKpuaM

@DebutCareers wear it then ask yourself, “do I see myself wearing this as my standard attire if I were working for this company?” #DebutTalk

Q5: How do you stay cool in a stressful situation? (Such as a job interview.) 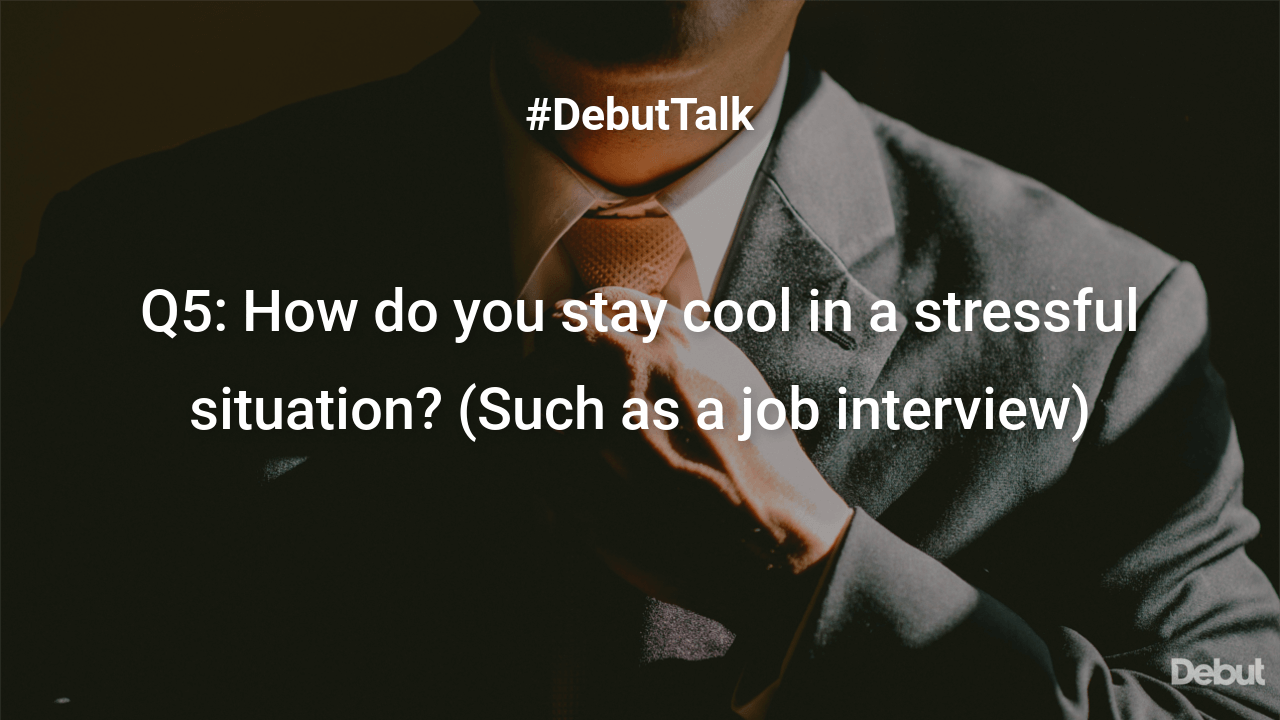 A5: Remember that the reason they invited you is because they want to know more. Be cool and tell them what they wanna know. #DebutTalk https://t.co/C3d30cuSD7

A5: I have a theatre background so I go into ‘show mode’. Putting on a character helps to distance myself from the stress #DebutTalk https://t.co/emOhGJsa2O

A5: This advice – “if they don’t want you, you shouldn’t want them.” It’ll work out if it’s meant to. And deep breaths too #DebutTalk https://t.co/mcxYlP2Z7D

Q6: What happens post-interview? Do you expect a follow-up? Do you usually follow-up with your interviewer?

@DebutCareers A6: Unless been told to get in touch myself, I’ll wait to hear & only chase if they take much longer than they said #DebutTalk

A6: always expect to receive/give feedback. Companies that don’t do it aren’t a good example. #DebutTalk https://t.co/KbKU6DrbBy

Q7: What is the best piece of advice you’ve ever been given about nailing a job interview? 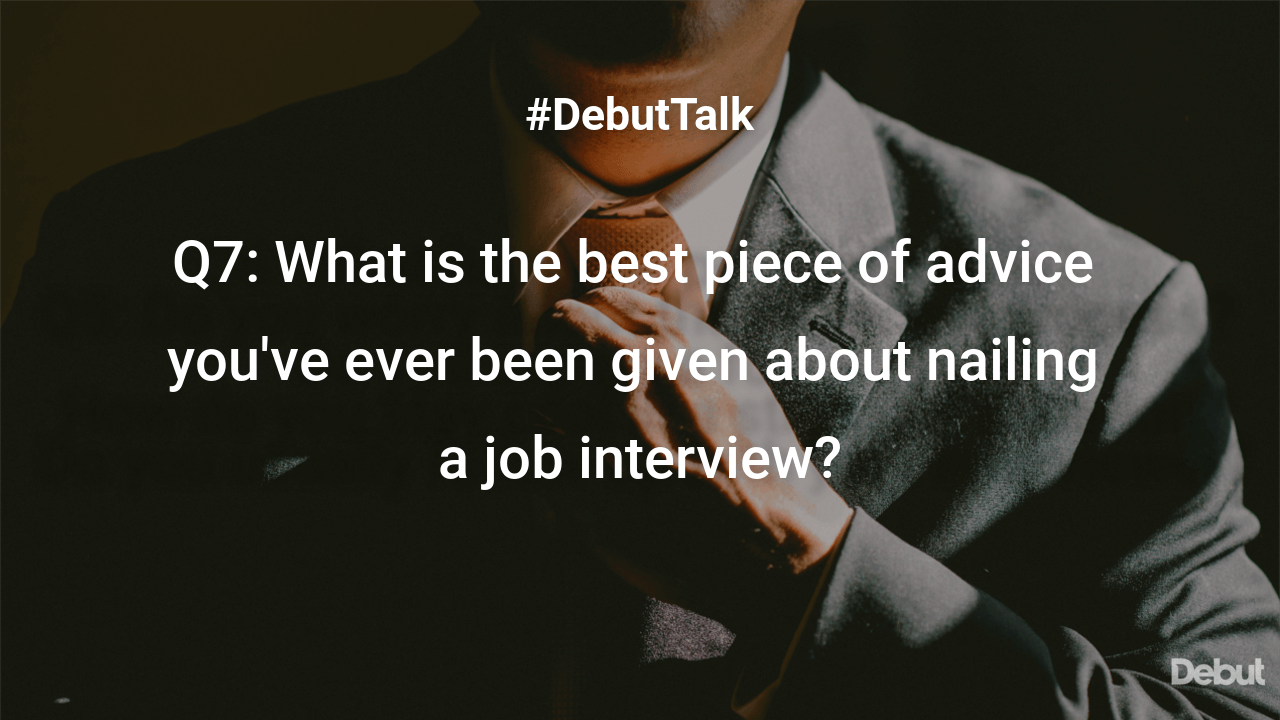 @DebutCareers A7: If you know one of the interviewers, make sure to make an effort to connect with the others on the panel too. #DebutTalk

A7: Small talk is just as important as the competency-based stuff. Companies hire humans. They want to know if you’ll get on. #DebutTalk https://t.co/EJ7J7DG82A

A7. The first 30 seconds set the tone for the interview and the questions you ask tell the interviewer a lot more than you think. #DebutTalk https://t.co/GoPFzgLcG6

@DebutCareers “Not everyone is a [you]”. Remember what you care about, how you work etc is not necessarily what they want to hear #DebutTalk

Social Media Manager Brenda Wong highlighted her favourite responses from the Twitter Chat and expanded on a few important points. Check it out and sound off in the Facebook comments!

Thanks for joining in our #DebutTalk about Modern Interviews!
✨Up next: Skill Gaps, Jan 12th, 5pm GMT✨
Save the date! pic.twitter.com/E2MQ8gMJh7

We’ll be talking all about the skills you have, the skills you don’t, which skills to highlight on your CV in order to seem more employable and more!

See you on Thursday at 5pm GMT!

Your final year at university can get a little crazy. It's easy to lose track of your job search after graduation, but this list will put you back on track.

How to save money when doing work experience

If you're doing an unpaid work experience placement you're going to need to think of some ways to save money. Don't worry, we've got you covered.