2016. The year that will go down in everyone’s collective memory as one of the most challenging, eye-opening and unpredictable slices of human history.

Our inaugural #DebutTalk Twitter Chat reflected on the roller-coaster of a year we’ve just had. Dozens of Debutants took part, sharing their 2016 highlights, how they’ve changed, and the lessons they’ll take away from what seems to be a very formative year.

Missed out on this week’s #DebutTalk chat? Never fear, we’ll be back with a bang in January. The topic? Modern Interviews. We’ll be peeking inside the room where it happens, discussing job interview dos and don’ts, and more.

Without further ado, here are our favourite responses to #DebutTalk: 2016, A Year in Review. 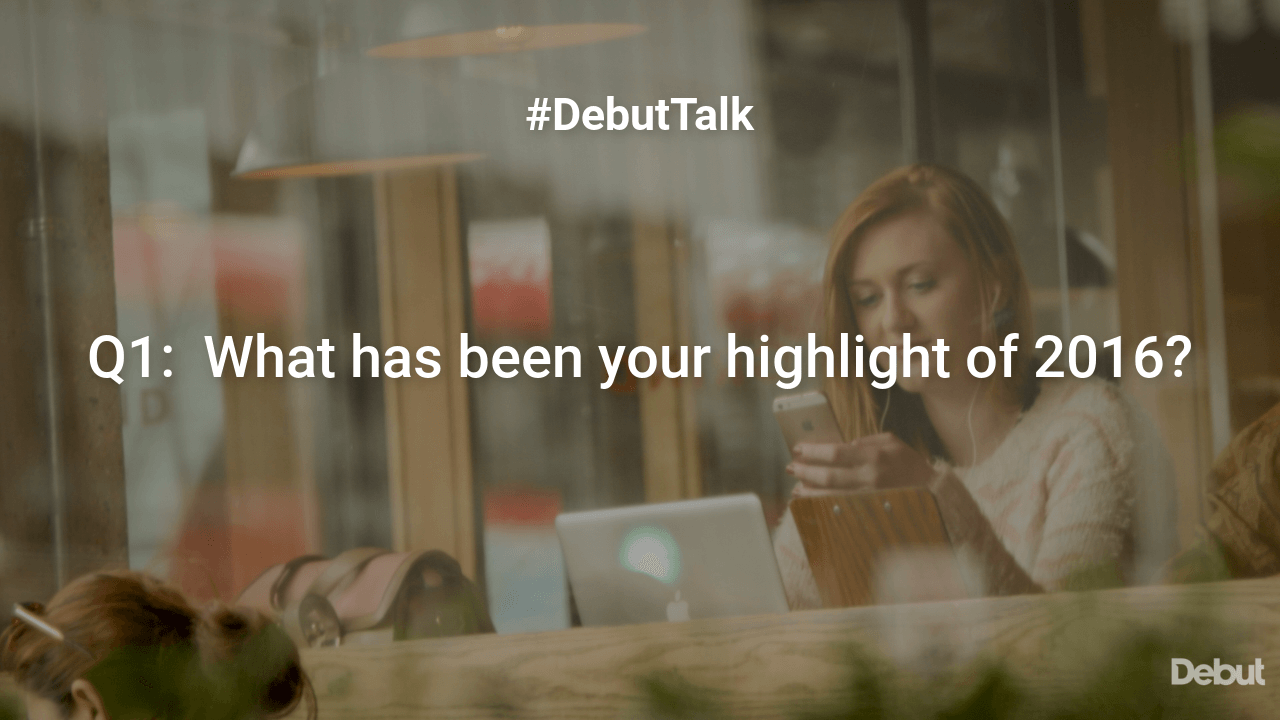 2016 has been notoriously slated in the media. In fact, one of the most popular Internet memes this year has been the someone NSFW ‘F*** you, 2016‘ meme. Ouch. Nevertheless, we wanted to focus on the positive with this question, and it was delightful seeing all of the brilliant achievements people have had this year.

#debuttalk A1. Definitely moving across the pond to the Big Apple to study and work. Best choice of my life!

Q2: How are you different today than you were 365 days ago? 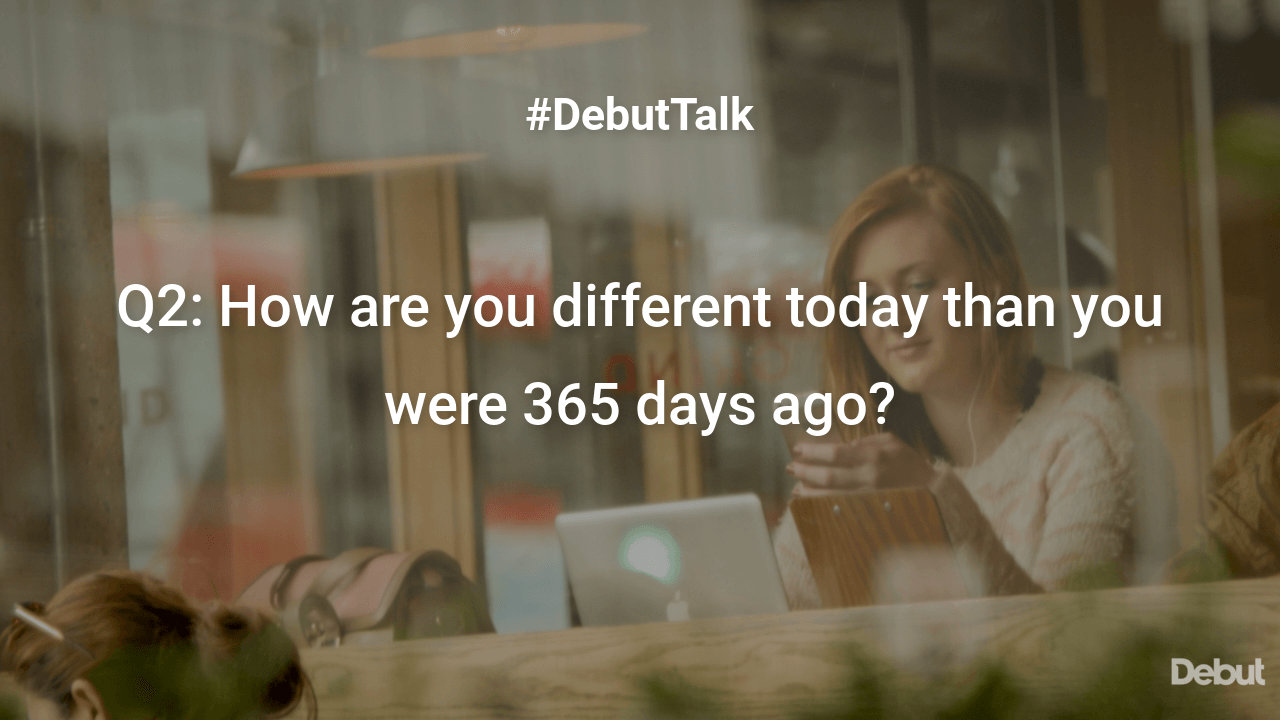 After all, the only constant in life is change.

A2: I’m more confident. And… hopefully more vocal about issues that matter to me as a feminist and WOC! #DebutTalk https://t.co/aQbHEOfKrp

A2: I’m more confident, open-minded and willing to throw myself at new challenges. @DebutCareers
#debuttalk

Q3: Did you have any resolutions? If so, which ones did you keep? 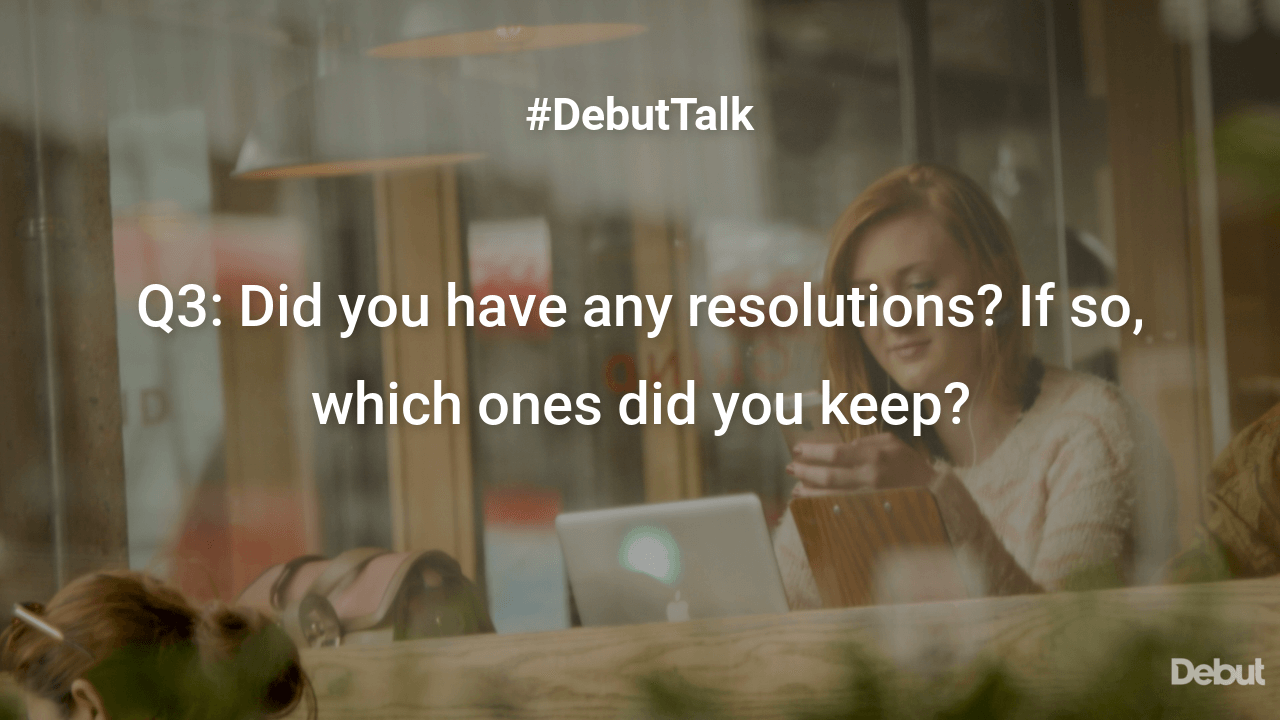 New Year’s resolutions are a bit of a divisive topic, as seen in the responses to this question. (Full disclaimer, the author does not believe in them whatsoever.)

A3: I wanted to enhance my Connectivity, to learn about other points of view… social media has helped me achieve my goal #DebutTalk

A3: I’ve always been completely shoddy at keeping resolutions. I’m always too ambitious and I let myself down! #DebutTalk https://t.co/3B3HTWwXH2

A3: Don’t believe in them at all. Make changes throughout the year as and when you need to. #DebutTalk https://t.co/MOhSDgi9IN

A3: to get a gym membership & healthier daily routine going! And to always continue adapting to the good & bad life throws @ ya #DebutTalk https://t.co/6lANtfzYsQ

Q4: If you could go back in time, what would you tell yourself this time last year? 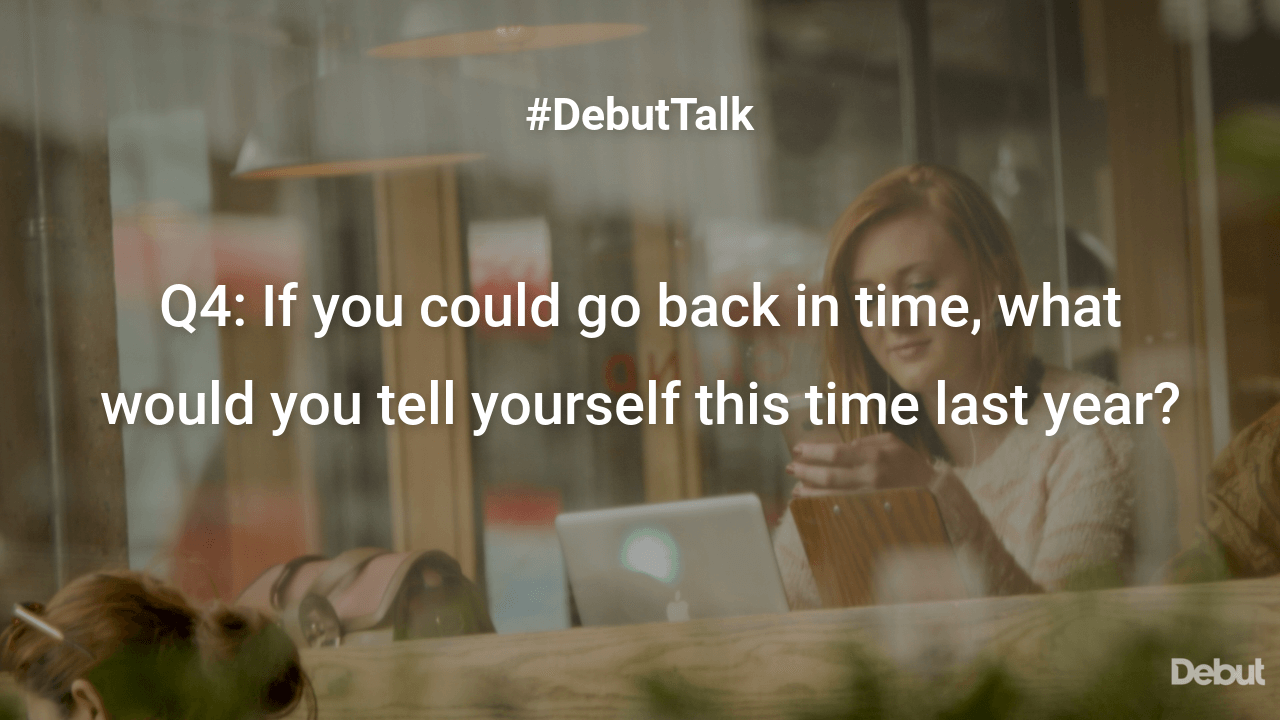 Sometimes, the most important lessons we can learn are the hardest ones. With the benefit of hindsight, we asked our Debutants to share what they’ve learnt this year.

@DebutCareers A4 – BREATHE! Things will work out and have a reason for working out. #debuttalk

A4: Don’t be scared to chase the unknown!!!!!!!!!!!!! (can you sense the importance of this from my exclamation marks yet ) #DebutTalk https://t.co/xMSu9iEOrx

A4: Treasure every single moment you have, especially with family, because that’s the most important thing. #DebutTalk https://t.co/IblIN0TXbG

A4: Save your energy for relationships that matter. Don’t sweat the small stuff. In the end…she wasn’t worth your time. Grow from it. https://t.co/xw4lzo0Ocw

Q5: Tell us about a person, whether personal, professional, or culturally significant, that defined 2016 for you. 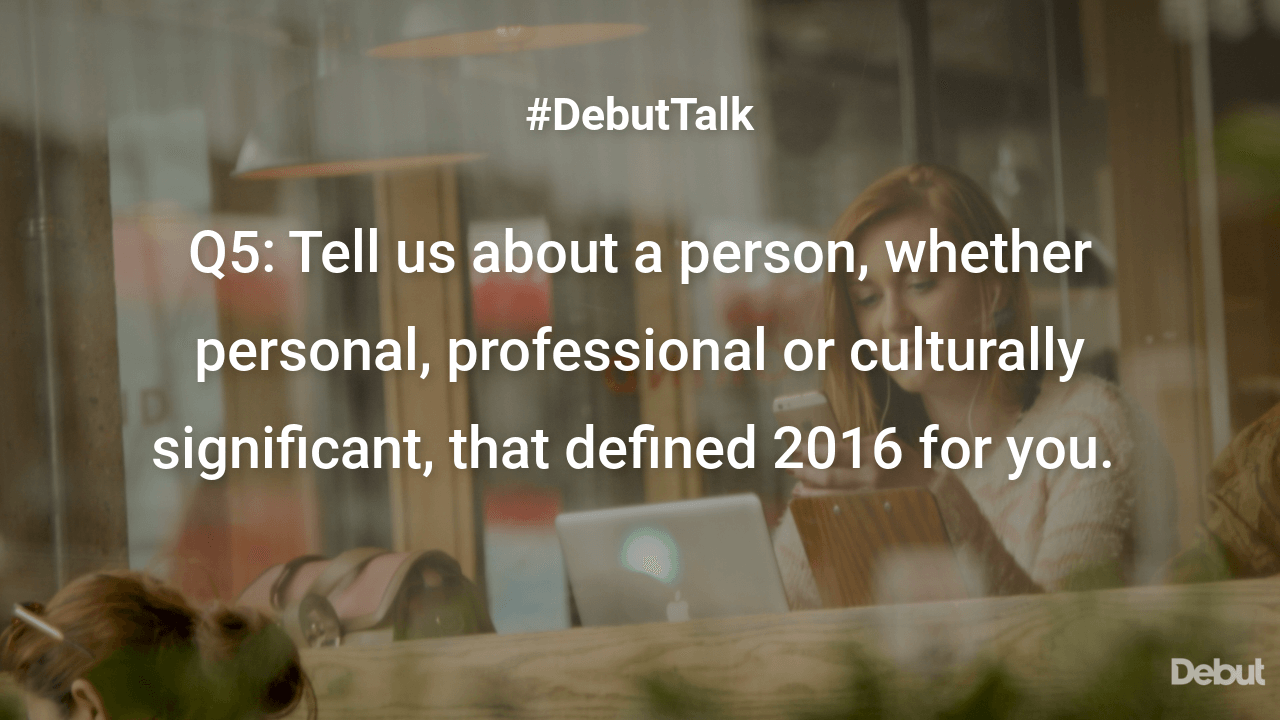 No one is an island. We are defined by the relationships we have, and the influencers we choose to define us. Some truly lovely suggestions by the #DebutTalk gang:

Beyonce, @solangeknowles albums Lemonade, & A Seat at the Table, have been there for me during difficlt times 2016 has brought. #DebutTalk https://t.co/fX4D33YFbF

A5: @caitlinmoran has opened my eyes this year. If you have not read her books they really are riveting! #DebutTalk https://t.co/MKJHrih7Ra

Q6: Tell us one goal, personal or professional, that you have for 2017. 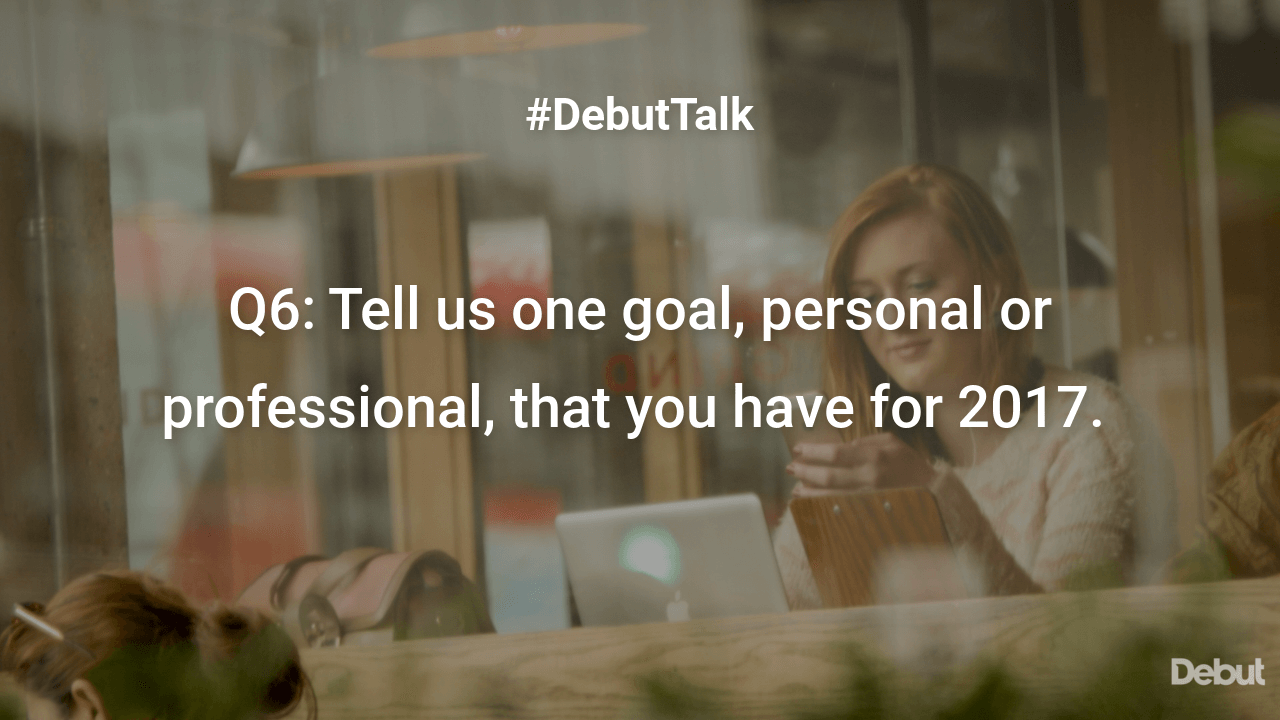 Nothing like a little bit of planning in order to gear you up for what looks like an exciting new year.

#DebutTalk A6 My 2017 goal is to secure a grad scheme I’ve got opportunities to gain experience in 2017 so I can’t wait! @DebutCareers

A6. Become a leader, start writing regularly about music again, play some open mics and get my personal brand game up. #DebutTalk https://t.co/GWeGELEvPf

A6: to graduate like a #BAWSE and see what lies ahead for me! A job would be bomb but we’ve all gotta go at our own paces #DebutTalk https://t.co/Apd6g26wOT 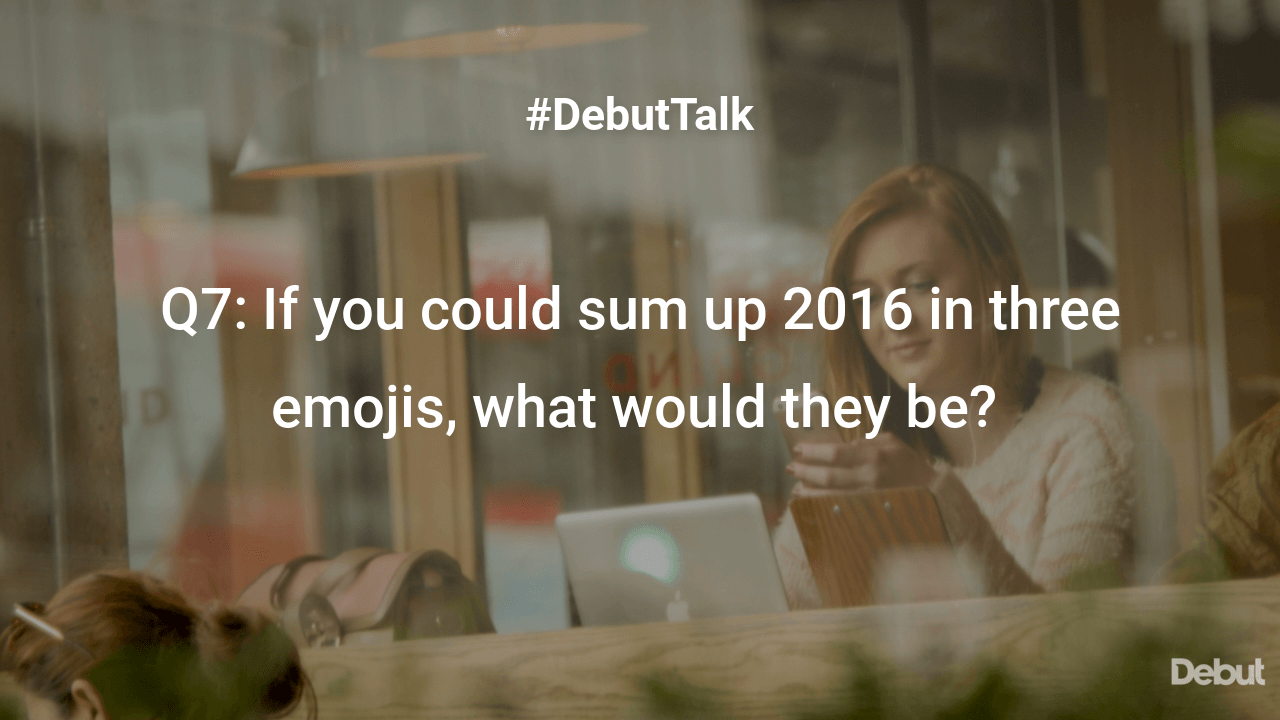 – because this year has been lit https://t.co/JdAlLkRUEp

Content Creator Alex Ekong and Social Media Manager got together to discuss their #DebutTalk highlights. Check it out and sound off in the comments!

We’ll be back with our next #DebutTalk Twitter Chat in January, so pencil that date in, pals:

A huge shout-out to everyone who joined us for our first #DebutTalk!
✨Up next: Modern Interviews, Jan 5th, 5pm GMT✨
Save the date! pic.twitter.com/ZPrHYo2iEk

For even more amazing tweets, check out the Twitter Moment we created.

See you all next year for weekly #DebutTalk Twitter chats!

President Obama's required reading list he compiled for Wired is nothing short of epic. Who knew the current POTUS was so nerdy?

Anxiety: How to recognise it and what to do about it

Anxiety is extremely common among students. If you think you - or a friend - is suffering with it, then here are the signs, and some things to help.