How to succeed as a young entrepreneur | DebutLive

Hey folks! Team Debut had a pretty big day yesterday. We are so pleased to announce that our latest app feature, DebutLive has now officially launched into the app-o-sphere 🚀. CEO and founder of Debut, Charlie Taylor hosted our first ever DebutLive stream. For twenty minutes, Charlie took us on a journey through Debut’s origins, gave us unforgettable insights into being a young entrepreneur, and answered a ton of your questions. 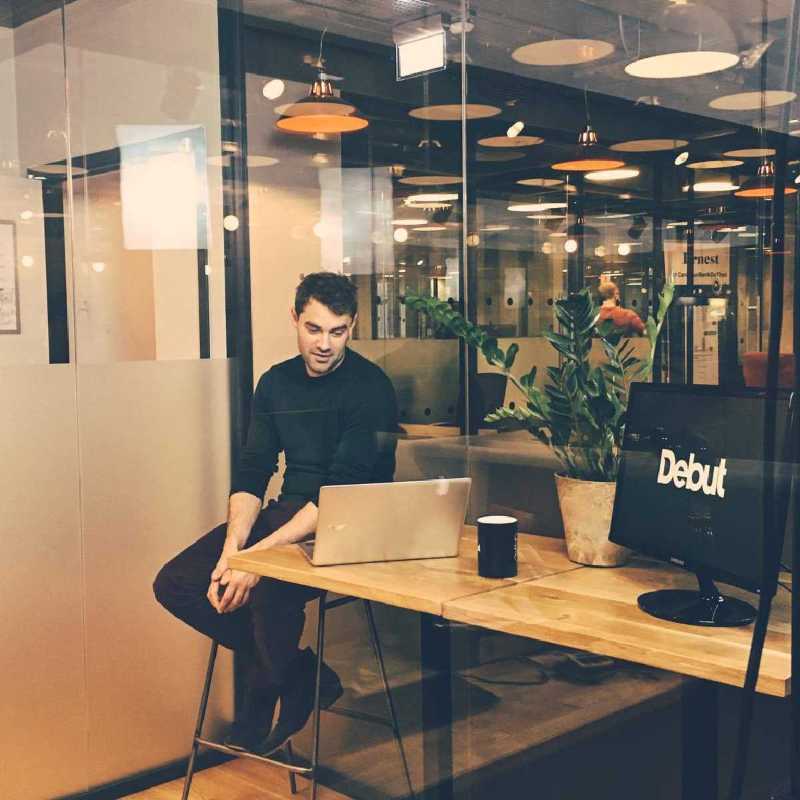 During the DebutLive stream, Charlie also launched an exciting competition. The viewer who submitted the most innovative new idea for a Debut app feature will win a paid internship at Debut. The competition was only applicable to those who participated live at the time. We’ll be announcing the winner of the internship very soon! Keep your 👀 peeled on Debut’s social media channels.  🙌

If you missed out on our first ever DebutLive, don’t fret. You can watch the recap on the DebutLive tab on the Debut app under ‘Past’. Charlie didn’t have the time to answer all of the questions during the session. You guys asked us so many! So, we caught up this morning to answer the rest of them. Read on for bonus young entrepreneur insights 👀

“How do you define success?” – Tanisha

Charlie Taylor (CT): Personally, it is ticking off everything you have planned to achieve on a daily basis and still having time to stay fit and healthy.

Professionally, having a team working hard, that are really happy, excited and are able to work independently.

As for the Debut business, success looks like this: every new Debut install, every new employer joining, every new member joining our team, every new product release, every new team member promotion, every new inspirational idea

“What is the biggest challenge of starting a business?” – William

CT: Keeping focus! There is so much to do, understanding where to start and what to focus on.

“How do you maintain patience and optimism during the process of starting Debut?” – Tracey

CT: I focused on the bigger picture. I understood the vision of what I wanted to achieve, I knew that someone one day was going to do it. I wanted that someone to be me.

“Debut has successfully recruited many companies and users. What is the next step?” – Tsu May

“Do you plan on having more employers on the app in the near future?” – Davide

CT: Yes by the end of this year we should be approaching around 80 multinationals. We then aim to launch to smaller companies.

“How do you pick yourself up after countless rejections from internships and jobs?” – Elissa

CT: Smile, keep your head up, soak up the positive feedback, look forward and keep going until you get what you want.

“Are you planning to work with more with SME’s and startups in the future and help students join those companies?” – Nida

“Did you have the app made before you got investment?” – Patrick

CT: The beginning of the app started to get made during the first round of investment (£250,000). The rest of the investment came after.

“What do you think is the most important ‘new’ skill a graduate needs to stand out?” – Elissa

CT: Three skills that work together: 1) commercial awareness (being able to look at the bigger picture, the impact and understanding how theory fits into the real world of business) 2) resilience and 3) lots and lots of focused energy.

“How do you try to plan long term when there’s initially so much uncertainty? Is there a lot of making it up as you go along, or just lots of different plans?” – Ben

CT: The best business plan is no business plan. You can only plan to a certain extent. Uncertainty is inevitable, it is how you adapt at the time. Pick the area to focus on, be determined, but if you need to adapt, adapt quickly and effectively.

Do not over plan, do not keep changing your plan, and do not plan to do too many things.

“How did you come up with a realistic budget to start with?” – Tho Diem

CT: We tried to reduce assumptions and create a budget around realistic scenarios that have been tested, or come from experience.

As you go along, constantly update financial forecasts with your learnings.

“Where do you see Debut in five years?” – Monique

CT: I see Debut becoming the greatest way for a student to find their career and leading in at least one other major overseas market.

We are utterly delighted to announce that we’ve chosen not one, but two interns based off the submissions we received during Charlie’s DebutLive.

Watch the recap of Charlie Taylor’s session, ‘How to succeed as a young entrepreneur’, on the Debut app.

6 ways to ace networking for a career in media

Networking for a career in media is everyone's least favourite part of the process. Here are some ways to do it that are reasonably painless.

In October we collaborated with ERIC Festival to put on Debut Real Talk: two nights of events like nothing we'd ever done before.