We’ve been happy-dancing around the office all morning! All in all, we’ve raised over £2.2million in investment in the last 18 months.

A few words from our founder & CEO, Charlie Taylor (O captain, our captain): 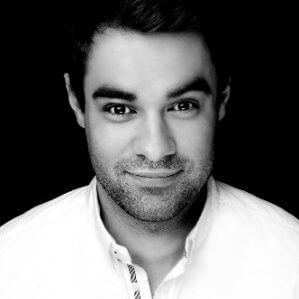 “We are very proud to support students in such a critical moment in their lives. Students can often face barriers when it comes to accessing career opportunities – but Debut is breaking these down as all they require is a phone and our free app.

“We are thrilled to have such experienced investors on board and have ambitious plans to develop the product, expand the team and grow both our user base and client roster.”

More about the seed funding:

Our latest funding was sourced from a combination of venture capital firms and Angel investors. We would like to thank this list of wonderful people:

Dan Richards, Recruiting Leader at EY commented: “Debut is great for giving us access to an active student market we couldn’t reach in a mobile centric way before. We know mobiles are ubiquitous for students, so being able to reach them in a way that is familiar and convenient for them, is not only key to driving quality, but also engagement and our brand profile too.

“We are really impressed with Debut. In just a few months we have made 20 hires, with a further 127 candidates in our selection process. We’ve reached thousands of students using the app across the UK, from a really diverse mix of backgrounds and universities, with a breadth of strengths.”

Another group of people we’d like to thank? You. Tens of thousands of students now use the Debut app to explore job roles from 40 of the Times Top 100 Graduate Employers. Seeing you all reach your goals keep us going. We may have reached an important milestone today – but the work has only just begun.

This post was written by an external contributor. Looking to become adept at more than your native tongue? Katherine Knight has some advice to help you pick up a new language.  In a working world that’s becoming increasingly international, it pays to become conversational in another language. But what do you do when the memories of […]

Simple ways to save money over the Christmas period

Are you looking to NOT max out your bank account over Christmas? Here are some insider tips for all students and graduates.