How artificial intelligence will affect your future career

This article was written in collaboration with Gowling WLG. Gowling WLG is one of world’s largest law firms and advises clients from offices in many of the world’s most dynamic markets.  It was recently ranked as the second most innovative firm in Europe in the prestigious FT Innovative Lawyer Awards 2016. Explore exclusive graduate and undergraduate opportunities at Gowling WLG by downloading the Debut app.

The future is out there people. And its name might just be Alexa. Artificial intelligence (AI) is all the rage lately, inspiring a wide spectrum of reactions. Previous American President Barack Obama addressed automation and the threat of artificial intelligence causing job loss on multiple occasions. On the flip side, we get industry experts such as Alex White, who predicts that AI will become “an indispensable business tool.” Which one would it be?

Gowling WLG is one of Europe’s most innovative law firms, coming second in the prestigious FT Innovative Lawyer Awards 2016. They’ve been embracing artificial intelligence with open arms. According to Derek Southall, Head of Innovation and Digital at Gowling, the firm has in fact, embraced AI as part of their overall strategy.

What will artificial intelligence in the workplace look like? Let’s take a look at what’s likely: 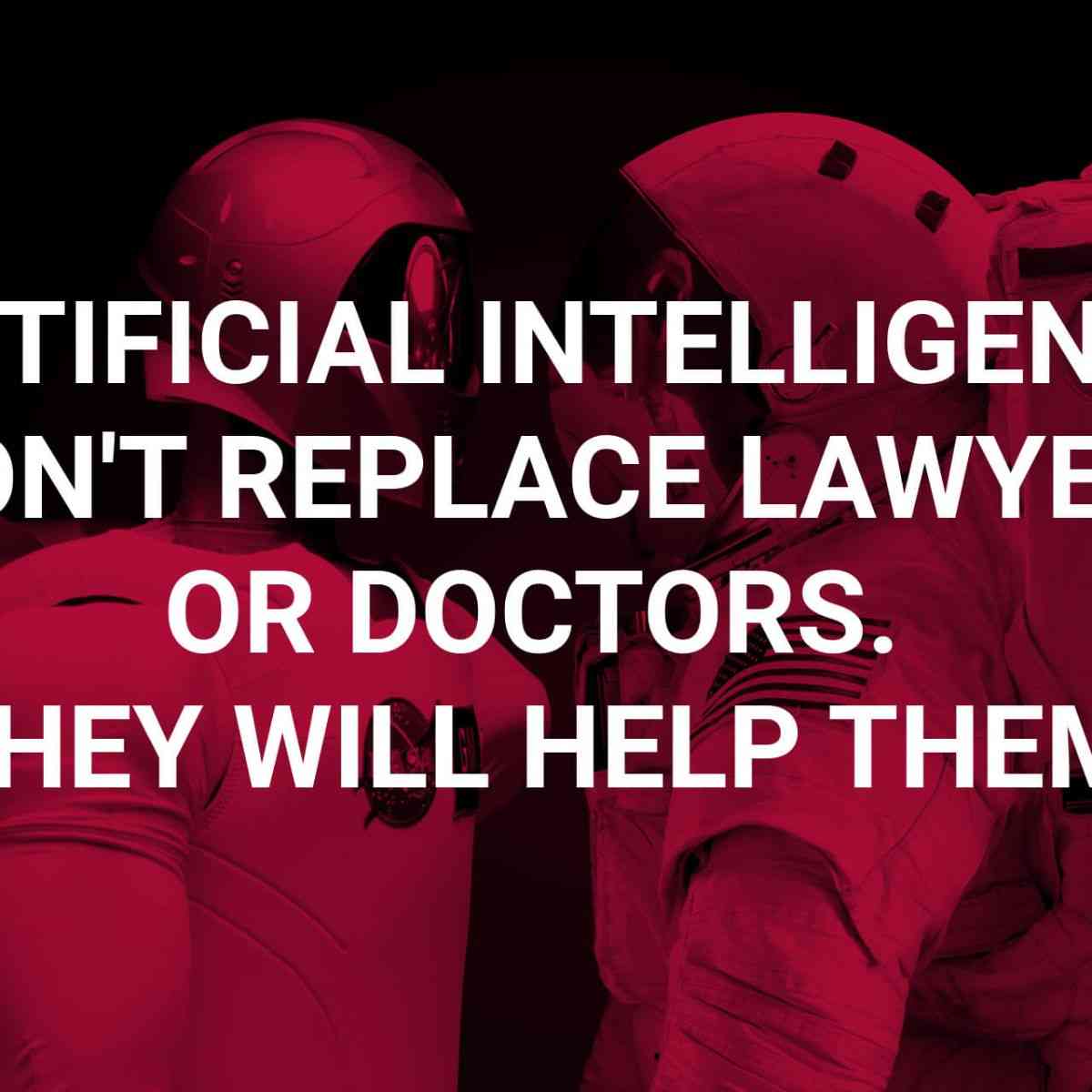 To any of you currently reconsidering doing a vacation scheme or training contract, don’t fret. You’re not going to have Mr. Robot donning a wig and going toe to toe with a prosecutor in court. Instead, AI will act as the ultimate weapon for people in these industries.

For example, Ross, a legal research tool developed by IBM Watson, is capable of extracting facts and conclusions from over a billion documents a second. It can also feed you answers after you’ve asked a question (think Ask Jeeves style, for any old school kids out there.)

The applications of this technology is vast. Imagine if Wikipedia’s ‘Simple English‘ function can be taken and ramped up 100%. This will allow professionals to understand and digest new, relevant information a lot faster. The best part? AI learns as it goes along, so it’ll get better and better at doing the job.

2. Customer service will be faster, more tailored and highly efficient 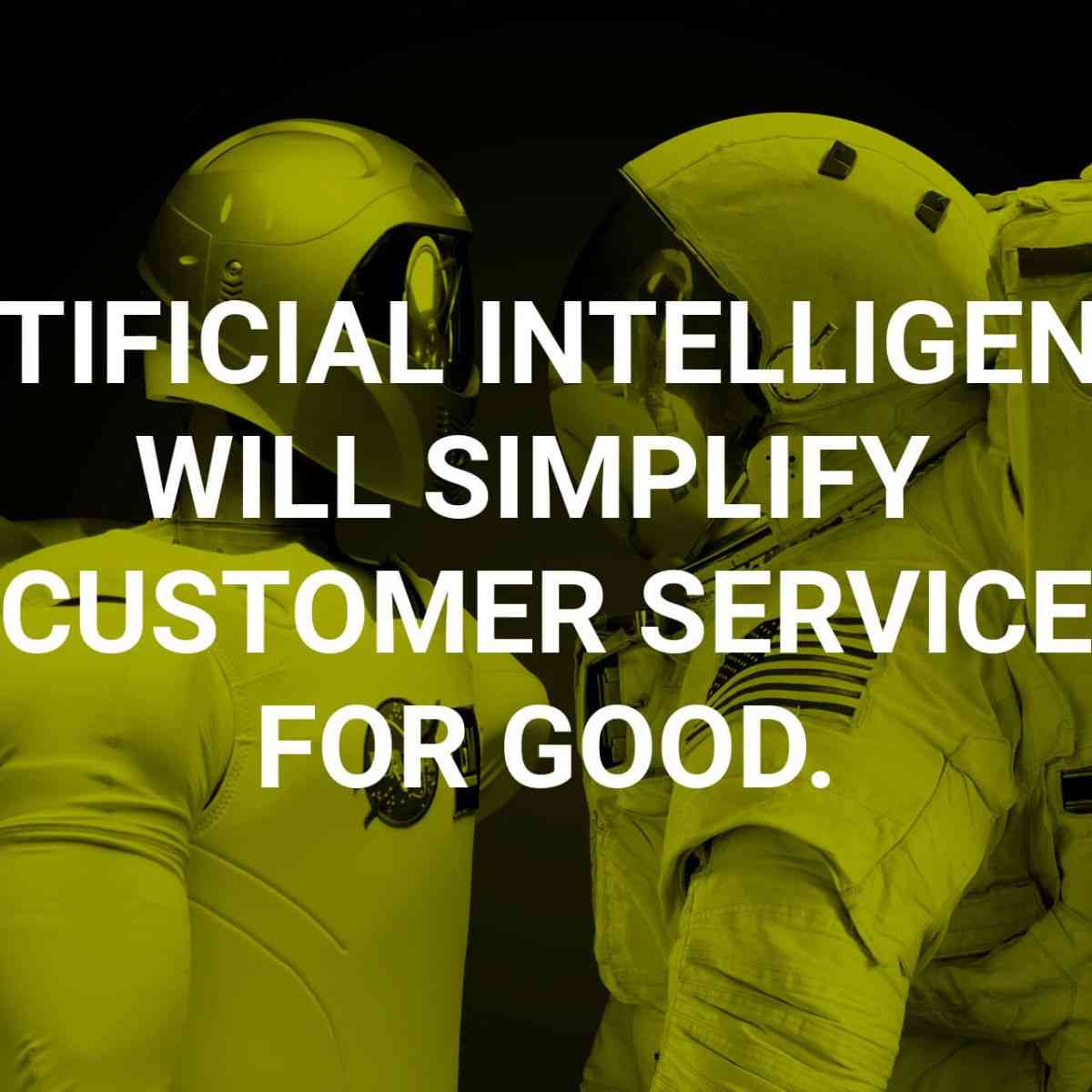 Everybody knows that in order to get a company’s attention when you need assistance, you go online. You either tweet @ them so they can’t ignore you, or you just message them on their Facebook Page. (Take it from a social media manager – those red notification flags are hard to ignore.) For customer or client-facing workers, dealing with the public just got a whole lot easier.

Chatbots are actually fairly easy to build and can not only save you time, but also provide the customer with a bespoke, personalised experience. As Evernote’s CEO Phil Libin once said, “Within a few years, bots will be in the fabric of everything.”

Chatbots will see a huge boom in use because they’re so user-friendly. The ‘conversational interface’ means that you take something human (having a conversation), and the AI lets you do whatever you want. No generic dropdown menus necessary. Plus, if the customer has a really serious problem and needs someone human to address it, the bot can just notify a real person on the team. 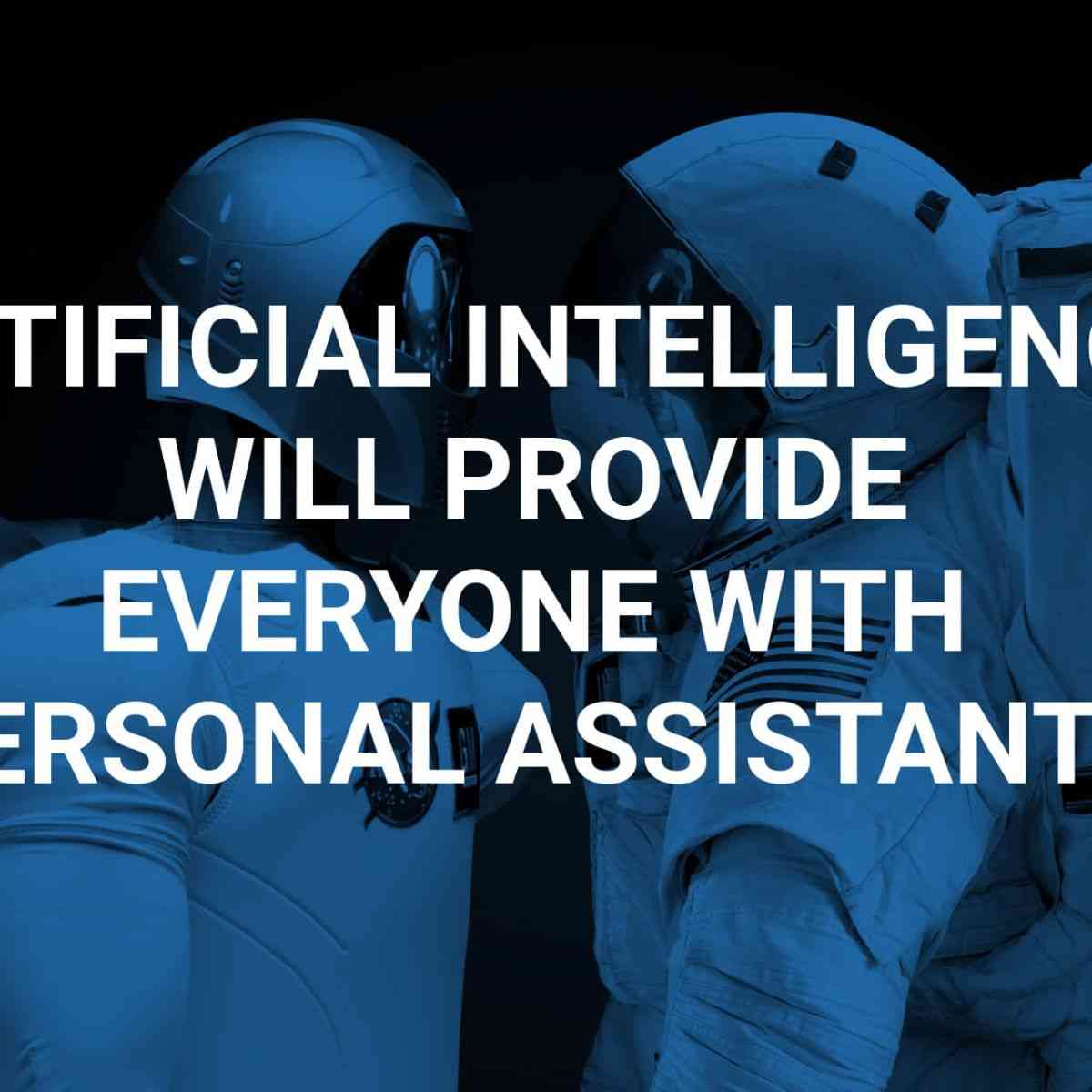 This almost sounds like the plot of the movie Her brought to life. AI assistants such as Amazon Echo’s Alexa will help you suss your life out, even when you’re too tired after a long workday. Viv is one example of this. It’s AI interface acts as your personal assistant – simply speak a voice command and it’ll perform thousands of tasks and provide you with all sorts of options. Need to catch the Tube for a meeting but you’re already late? Viv will not only give you directions, it’ll give you information about the next train, the optimum carriage to ride and how much it’ll all cost.

As AI develops, these assistants will only get smarter and smarter. You’ll no longer have to set yourself reminders – your assistant will trawl through your incomplete tasks and do it for you. It’ll also increase their frequency as it learns your work ethic over time. Productivity boost, unlocked.

4. Digital security will be the new war zone 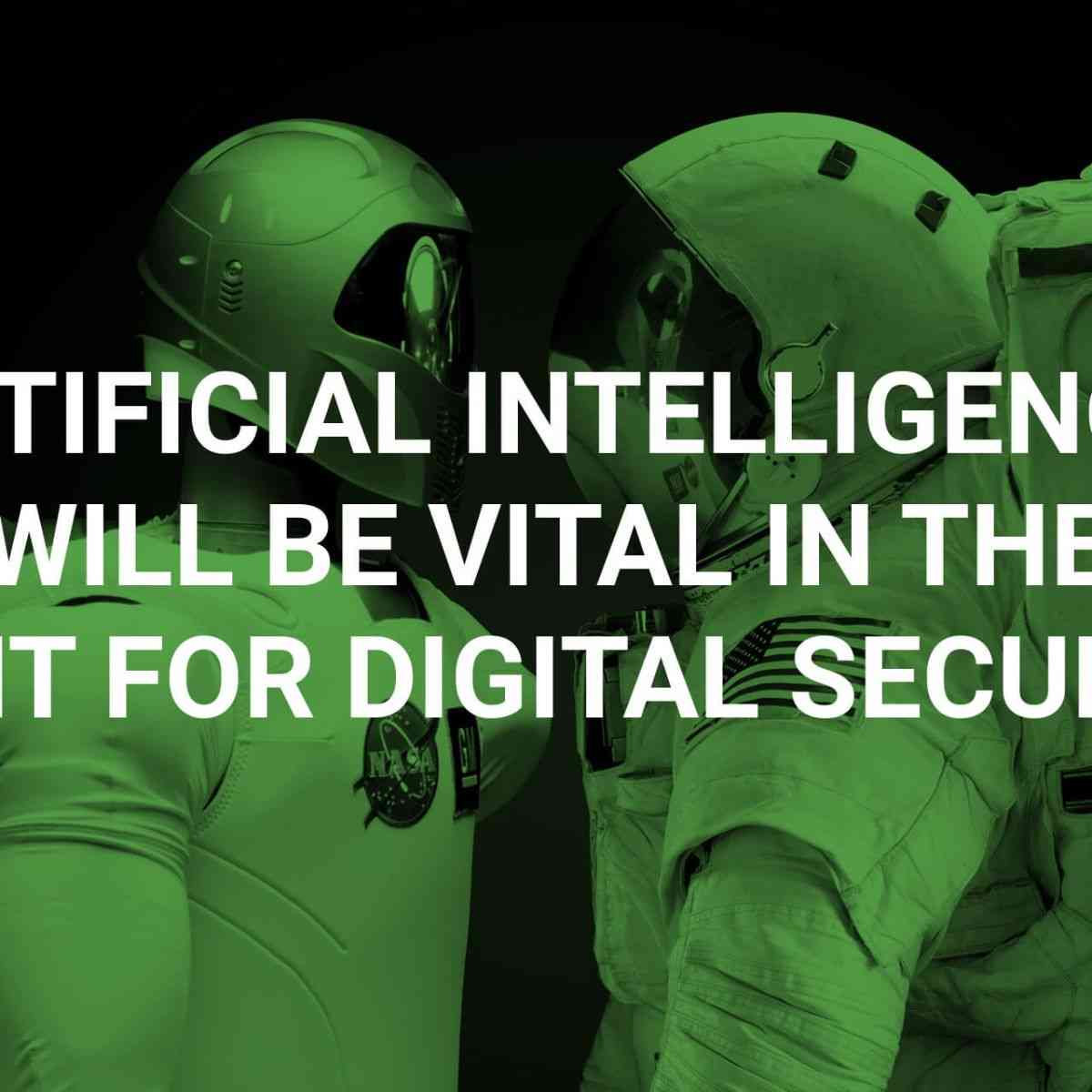 Data and information will become the new highest form of currency. As we navigate an uncertain world of whistleblowing and Wikileaks, privacy and security will become more prized than ever.

We now know brute-force attacks are becoming more, well, brutal. They’re able to crack sequential passwords in seconds. Therefore, multi-layered, smart security will be the only way to combat this hacking onslaught. MIT have now created AI2, an artificial intelligence-based platform that can predict, detect and stop 85% of cyber attacks. That, combined with two-factor authentication and biometric security, will be likely to delay or even completely prevent cyber attacks on your company’s data. 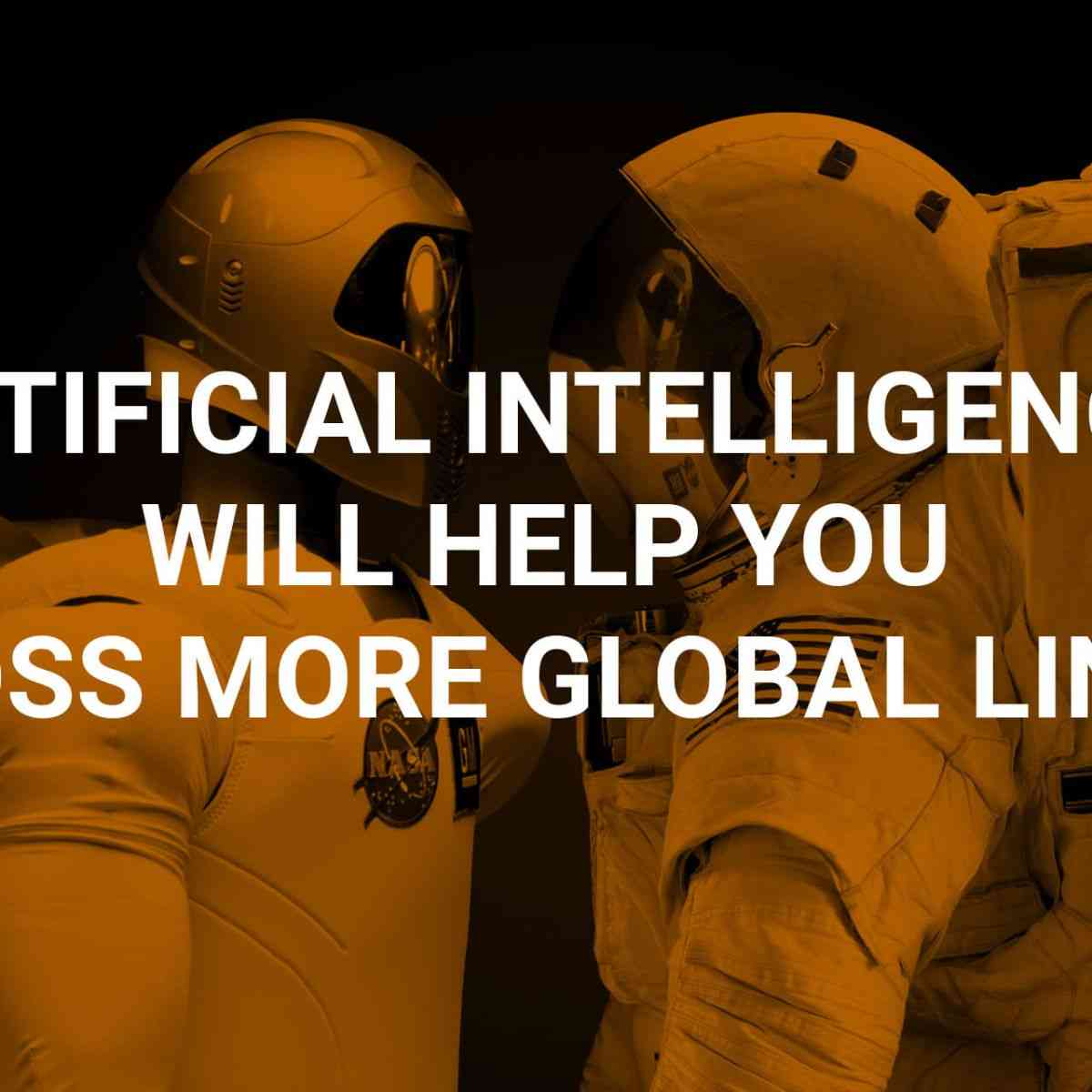 Here’s something that might just blow your mind. One of the many flaws we have as a species is the fact that we don’t share a common tongue. Miscommunication in the workplace can happen even when you’re speaking the same language, let alone if you work in a multi-national firm that deals in multiple languages. AI can and will change all that.

In a world that seems more divided than ever before, AI could be the answer to a more unified planet. Or, at least, it’ll help us speak to our colleagues in different timezones just a little easier.

Rarely is the route to success as easy as following the yellow brick road - but there’s no need to become overwhelmed with the idea.

Demystifying a career in investment | DebutLive

Wonder what a career in investment would actually look like? We spoke to Willis Towers Watson about exactly what a job in the industry involves...