This post was written by a member of the Debut Student Publisher Network. Ben reckons your ‘horrible boss’ probably isn’t so bad. Read on for why you should be giving them the benefit of the doubt:

If you’re reading this thinking, “how dare Debut defend my horrible boss,” we implore you to read further. Whilst we’re all for moaning, groaning and occasionally writing angry elongated blog posts about them, we’re very against pulling a Jason Bateman and murdering those in charge. Often, there are things you may not consider when it comes to individuals you dislike. Emotion clouds judgment, after all.

So in the spirit of saving lives, here’s a few reasons your apparently awful boss isn’t nearly as awful as you might think.

They’re a human being too

Just like you, your boss has good days and bad days. As Rag ‘n’ Bone Man once said, we’re only human, after all. We all feel both happiness and sadness, it’s part of the emotional balance of the universe. Your manager might be having a crap day, and might be doing the (slightly dickish) thing of taking it out on you. It isn’t OK, but there could be stuff happening behind the scenes you’re not aware about.

Instead of complaining every five seconds or having a quick office bitch by the water cooler over lunch, try, maybe actually being nice to them. It’s difficult. Really difficult, but by fighting unkindness with positivity, hopefully they’ll start to feel a little less like they need to take out their own negative emotions on their staff. It’s harder for them to shout at someone who’s smiley and positive, after all. 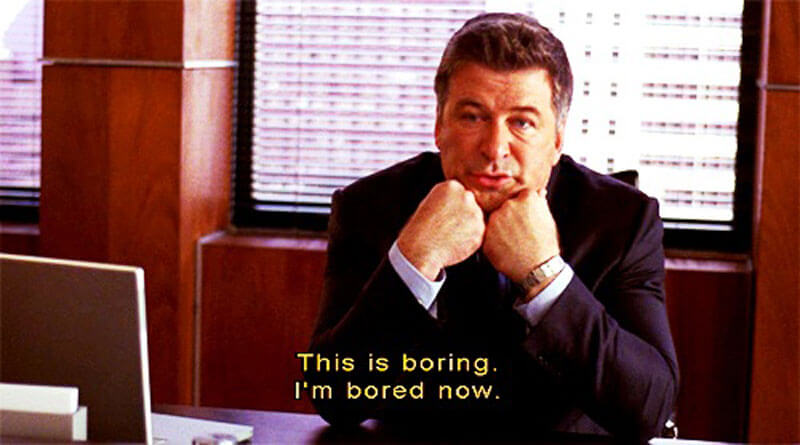 Have you ever tried running a business? I mean, I never have, but it looks like super stressful work. All that responsibility, all those people looking to you for guidance every hour of every day.

Your boss is an employee too. As a leader, a lot of the time they’re forced into one of the most demanding roles possible. Harvard Business Review recently talked about the pressures of managing the ‘High-Intensity Workplace’ and the rise of 24/7 working.

Your boss might not necessarily be a horrible person, they’re no doubt just a bit cranky from the stress of, y’know, running a major company or managing an entire department of people.

If they were that bad you would’ve left already

If recent research uncovered by Accountemps is anything to go by, if your boss was really that god awful, you would’ve no doubt left, or at least taken drastic action. Citing a survey from OfficeTeam, the business blog found that 38% of workers struggling with a nasty superior just flat out quit to be rid of them.

Only 35% actually stuck around and tried to tolerate their horrible boss without taking any action at all. So maybe it’s time to ask yourself the real questions here: if your boss really is that much of an arse, why haven’t you done anything about it? It’s possible you’re exaggerating your hatred of them, or…

Maybe it’s not your boss at all

All that stress and negativity you’re feeling might not actually be your boss’ fault after all. Yes, they’re the figurehead and pretty much the personification of your job, so it makes total sense that you angle your dissatisfaction towards them. Guess what? There’s a bunch more studies that say otherwise.

In the American Psychological Association’s breakdown of stress in the workplace, they list five core reasons for why you might be struggling at your job, and not one of them considers your boss to be the problem. Forbes even found a study recently that suggests that levels of stress might actually be a genetic thing and have little to do with “the objective features of the environment”, like your boss.

So next time you think about blaming all your workplace problems on the person in charge, consider that maybe it might not be that simple. Unless they’re a robot, in which case none of the above matters at all.

These are the companies paying the highest graduate salaries

If you're looking for a graduate job, money is naturally going to be a factor in your decision. But which sectors offer the best graduate salaries?

How to battle Impostor Syndrome in the workplace

Not feeling like you 'belong' or deserve to be in your dream career is very common. However, there are ways to overcome this Impostor Syndrome.