This article was written by an external contributor, Hattie Gladwell. She is a digital journalist and author who focuses on mental health issues. Hattie’s first book GIRL, UNWIRED will be coming out January 2020, and you can follow her on Twitter here.

One in four people in the UK live with a mental illness, though many people go undiagnosed for years, with symptoms starting early but no help being received until the later years.

In addition, 10% of children between 5 – 16 years have already been diagnosed with a mental health problem, while 70% of kids haven’t had an appropriate intervention during the early signs of symptoms. It’s time that we address these issues, and discuss how people struggling can get help. 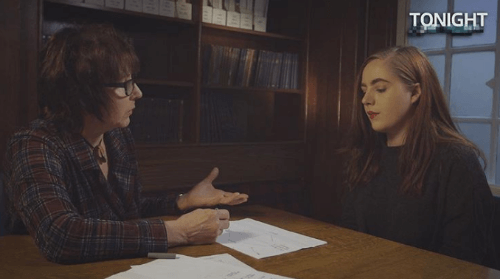 I’m nearly 24 and have been diagnosed with bipolar disorder for nearly four years, although the symptoms began a lot earlier than this.

Bipolar is a mood disorder which features periods of mania and depression, which can each last from several weeks to months at a time. I remember being sixteen years old and feeling like I was going absolutely mad. I was having aggressive mood swings, anger outbursts and emotional instability – but I’d always put it down to being a hormonal teenager, ignoring it as if it was nothing.

But it kept getting worse. The smallest things would make me flip – I was like a switch, constantly waiting to go off. It was destructive and dangerous to my well-being.

My mother had an idea as to what was going on, as she has bipolar disorder herself. She saw a lot of her own symptoms within me and sat me down and explained that she thought I needed some psychological help. I don’t remember much from around this time, it’s almost as if I was a completely different person; but I went to my GP, who referred me to CAMHS – the children’s mental health services.

CAMHS is a term for services that work with children and young people who have difficulties with their emotional or behavioural well-being. They offer many professions, including psychiatrists, psychologists, social workers, support workers and nurses.

I remember being referred to a woman who was a mental health nurse. Sadly, this was my first and only meeting with someone from CAMHs. I was very much in denial that I had a problem, and to be honest I didn’t really find the nurse very helpful. In some ways she seemed quite patronising and almost like she herself thought I was just an angry teenager.

But now, I realise that I was lucky to even get that appointment. The mental health system is still so massively stretched, and is one of the most underfunded sectors of the NHS.

It wasn’t until the age of 20 I actually received a diagnosis.

I had been having frequent mood swings and meltdowns, which would result in me screaming, crying uncontrollably, being agitated and irritable, and self-harming.

But there were also times when I was manic: spending lots of money, spontaneously writing books, getting multiple tattoos and bleaching (and killing) my hair. There was one night in particular where I got very upset, which led to me screaming the place down and self-harming. That was the last incident before I got help.

The next day, my mum took me to the doctors, worried about my mental health.

I remember feeling really nervous in the doctor’s office. Mainly because I was panicking that I would be wasting their time. That they would roll their eyes at me and just blame it on my hormones.

But the doctor was sympathetic.

After telling him about the various symptoms – the meltdowns, the mood swings, the mania, he nodded his head at my mum as she told him she was worried I might have bipolar disorder. He was in agreement. So much so that he actually gave me an emergency referral to a psychiatrist.

I was seen by the psychiatrist in four days – something that is very uncommon, as often people can be waiting months for just an appointment.

After two long assessments with the psychiatrist I was eventually diagnosed with bipolar disorder. Since being diagnosed, I have been on various medications to manage my moods and have finally found a combination that works, and I am currently stable.

I still have periods of mania and of depression, but my mood swings have lessened remarkably, and I am now a much calmer, more easy-going person.

Get the help you need 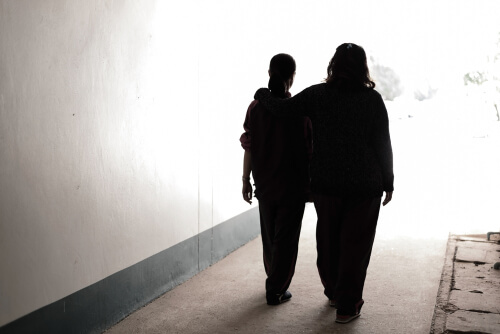 I realise I’ve made this all sound so easy, and some of you still reading this may be shaking your heads, but I know I was lucky. I know I got help quickly. I know I was taken seriously.

I was lucky because not all people get help straight away. For some it can be months – or even years – of waiting for a mental health assessment.

And this is worrying, because the longer an illness is left, the worse it can get. But there are a few things you can do to get help, and help yourself in the meantime.

This includes booking a doctors appointment and going prepared. Write down all of your symptoms in a list, as appointments can be very daunting and they might lead you to forgetting what to say. If you’ve got it all written down, you can’t forget.

If you aren’t happy with what the doctor advises you, seek a second opinion. They may discuss medication with you, but you also have a right to ask to be referred to a mental health professional – especially if you have a mood or a personality disorder, as GPs can’t diagnose these.

It’s important that you’re open to alternative help. It may be that your GP prescribes you medication. Unfortunately, there is still such a stigma around medication. But why? You’d take painkillers for a broken leg, so why shouldn’t you take something for a ‘broken’ head?

An article in The Guardian  mentioned a study which proved that medication such as antidepressants are actually effective. The study took six years to complete, and was carried out by a team of experts who looked at the results after eight weeks of more than 500 trials involving either a drug versus placebo, or comparing to different medications.

Don’t feel ashamed if you need medication for your mental health. It’s been proven to work, and is more common than people think.

Resources to know about 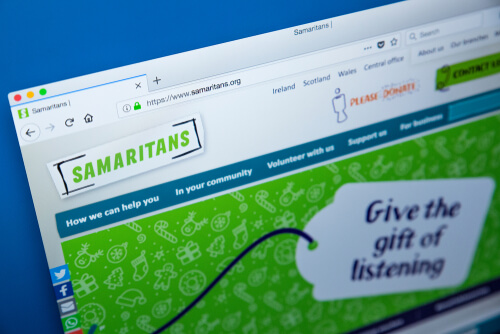 Alongside medication – if that is the route you choose to go down – it’s important that you talk to people.

If you need to talk to someone, Samaritans are available 24/7 on 116 123. This can be incredibly helpful while you’re waiting for appointments. It gives you the chance to talk about your problems to someone who will listen and support you.

Make sure you also have support from people around you. Alongside helplines, talk to your family or friends, or someone you trust. They can look after you whilst you wait for professional help.

If you’re a student suffering with your mental health, there are some things you can do to get some support.

According to Mind, most places of study have a college or university disability service, which includes both physical and mental health problems.

You’ll be able to arrange a meeting to discuss the challenges you’re facing and look at what support the service can provide. They may be able to offer mentoring, study skills training or help to pass your exams.

Most universities also have a counselling service providing support to students for free. You can self-refer to the service, so you don’t need to see your GP first or have a diagnosis. You can also enquire about student led support. Go to your students’ union welfare officer or a Student Advice Service offering free and independent support.

Other charities like Student Minds  offer free resources geared to people at university, as well as methods to support yourself, a family member or a friend.

Remember that it’s so important to talk and it’s debilitating to suffer in silence. Try to do everything in your best interest and don’t let other people’s opinions put pressure on your own decisions.

As advice to you, if there was anything I could tell my younger self in regards to mental health, it would be this: if you know something is wrong, seek help for it. Don’t sit with it. Don’t let it eat away at you. Talk to someone.