We're not taught the best ways to network, especially if you're more on the shy side. Luckily, we have some tips to help.

This article was written by an external contributor. Lydia Wilkins has some insider tips to get you started in the daunting world of networking.

Networking is tough; if you’re a freelancer like me, a lot of job opportunities depend  on contacts. The same goes for if you work in any sort of media-based industry.

It’s daunting too! Going into a room full of strangers and trying to form some kind of conversation is not my idea of fun. It can also be incredibly challenging if you’re shy and maybe lacking in confidence, or consider yourself an introvert.

With that in mind, I turned to the best source of inspiration for any freelancer, Twitter. I ask for tips in overcoming shyness when networking, and these are some of the results.

Starting small is a good idea if you’re new to the game! You can practice networking at a smaller venue before moving onto bigger events. Even if it’s just talking to someone at a coffee morning, practicing can go a long way to help overcome shyness.

One Twitter user made a very valid point that networking isn’t necessarily face-to-face; it can be via social media or email. If I’m honest, this isn’t something that I had considered before. My definition was that it involved meeting people face to face, the old fashioned way. But social media has a wealth of contacts out there that are just waiting to be utilised! 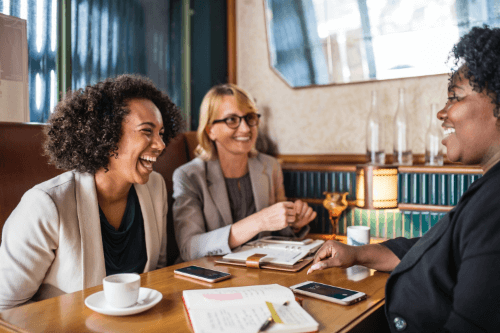 If there’s someone that you have just witnessed speaking, or you like their work, have a follow-up line at the ready. As an example, if you’re initiating a conversation, consider starting the exchange something like this:

“Hi, how are you? I  just had to say that I loved your work on X. Where did you find the inspiration for that?”

By following up your greeting with an opening line, you’re opening up the dialogue, which will make you more memorable. You’ll also be able to have a deeper discussion, and you may even make a long-term contact from it!  If you’re stuck for questions, here’s a few to help you out.

Another way to meet someone at networking is to ask to be introduced to the person you wish to connect with via someone else.

I was at an event recently where there was a writer who gave a speech, and I thought that he was very logical in his way of thinking, as well as impassioned. Afterwards I was speaking to another attendee, and I remember saying (out loud) how much I admired the speaker.

It turned out that the lady I was speaking to was his co-worker, and she then offer to introduce me to him.  Since then, the writer and I now follow each other on Twitter. I’ve since used this tactic a few times to follow-up on stories and other lines of work.

Remember that everyone is there for the same reason

Everyone is in the same boat; they all wish to network, but they feel awkward amongst a room full of strangers. So use that to your advantage and try to keep this in mind when circulating the room.

As well as this, the best piece of advice I’ve been given is ‘feel the fear and do it anyway’ (also a title of a book by Susan Jeffers). The worst that can happen is that the person will ignore you, or ask you to come back later. What’s there to loose by trying to strike up a conversation?

The more you network, and the more you interact, the easier this becomes. Learning how also takes time, it’s not something that will come to you straight away. 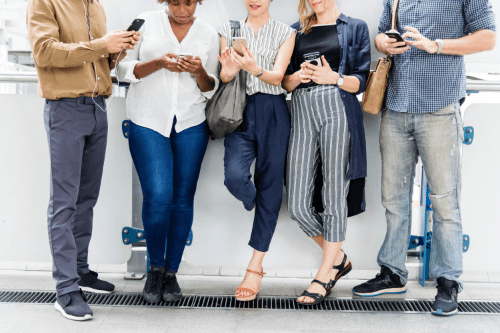 When signing off any conversation at a networking event, I always ask for a business card. By doing so, the person who I’ve been talking to can now be in my contact book. Plus, you can always follow up the next day with an email saying how much you enjoyed meeting them.

Networking is tricky; it’s something that I still struggle with today. But as they say, “practice makes perfect”. Some of my most valuable contacts have come from networking; it’s worthwhile to keep going. Plus if something does go wrong, it can actually make for a funny story to tell later on in life!